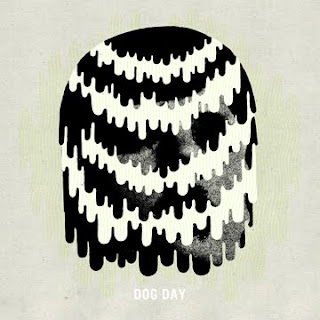 After a series of disfiguring rearrangements and amputations, Seth Smith and Nancy Urich ripped out the heart of their Halifax-based quartet Dog Day and moved to the country. They hid away for the winter. Nancy figured out drums. They got chickens. And they wrote, recorded and released Deformer. Recently Urich spoke with AE about the new recording.

AE: What was your musical direction with Deformer?
DD: We just wanted to make songs that were still Dog Day, with the nature and solitude of living in the woods mixed in. We made it a bit more stripped down, sort of like our first EP Thank You.

AE: How has becoming a two-piece affected the music on this new album and what do
you see as the musical direction of Dog Day?
DD: The music has become a touch scrappier considering we are now just guitar
and drums, we removed the smooth instruments, keys & bass, tho they do show
up on the album here and there. The musical direction hasn't changed that
much, we still want to make the same gloomy pop music we always have, and
we'll just keep doing it because it's what we do.

AE: What can fans expect from the East Coast tour this August? Any further
plans to tour?
DD: We are really excited for this East coast tour. We're going to play lots of
new songs from Deformer, and some oldies too, from each of our previous
releases, plus maybe even some surprise covers. Also we will be playing all
the shows with Vancouver's Apollo Ghosts, who are known for their caped
adventures on stage. We plan on doing Ontario and the rest of Canada this
fall. We've got plans to hit the US again, the West Coast and the East
Coast, and there are possibly even some Christmas Euro-dates in our future.

AE: What is your writing process?
DD: Seth writes the songs, sometimes they just pop in to his head, sometimes
they come from older reworked songs. He comes up with the bones, then both
of us play around until it feels right. The recording process is usually
the final moment for a song's writing process, and even then it's hard to
let it go and call it done. Even a finished recorded song ends up changing
as time goes by, as we tend to add extra parts etc.

AE: What influences you?
DD: We are big fans of lots of different types of music over the years. Seth
loves bands like the Replacements, TV Personalities. I am just new to
drumming so I've been taking my cues from the Wipers and Bonzo mostly. What
happens to us everyday influences us. Also nature, and being isolated.

AE: How has Atlantic Canada’s art scene helped or hindered you as artists? How has
it changed since the band formed initially? Where do you see it going?
DD: Halifax has a great music and arts scene, it has always been an inspiration to
keep making music. So many great bands have come and gone, currently their
seems to be an explosion of great bands in Halifax - Bird World, Cousins,
Duzheknew, Cold Warps, Bad Vibrations - the list goes on and on. Back in
2005 when we started Dog Day the scene was still quite good, though I actually
can't really remember what was happening then. I remember going to lots of
shows at the Khyber. Halifax has lost some venues but I think that only
makes the shows that do happen of a higher quality. I grew up in Cape
Breton where the scene was amazing when I was in high school. People were
always throwing shows, we had a bunch of bands who would release tapes and
demos, we had Gobblefest. There was a real sense of community there.
Atlantic Canada will keep on making good art forever, I'd say.