The dreary weather was no match for our spirits as we sprung awake, saturated with a good, hearty motel-night’s sleep, knowing full well that we did not quite have room in ourselves to file away all of the luminescence of the night before, but would have to simply bask in it.

The first stop was George’s Fabulous Roadhouse for a good ol’-fashioned greasy breakfast. After filling our bellies, we raced over to the Sackville Legion where the Community Garden events had been moved because of the heavy rain. Inside, a faux garden had grown. The stage was draped with plants from Sackville’s shared, community garden (a new initiative where patrons can purchase plots, and visitors are encouraged to come view the vined oddities), setting the scene for two blooming literary artists, Lindsay Bird & Misha Bower.

Bird, CBC radio journalist and former Mount Allison alumni, spouted five short, stark poems detailing the grim realities of the lives of herself and others in Fort MacMurray, as part of a manuscript written during a recent writer’s residency in Banff. Told with the professionalism and introspection of a true observer, Bird held her audience captive with tales of safety meetings, empty winters, and alcohol-soaked coworkers.

Misha Bower, musician and writer joining Sappyfest with Daniel Romano and the Trilliums, followed with a short story called “Re-Runs”. Told with the laid-back worldliness of a beat poet, the raspy sly-grinned story-teller elicited a strange mixture of laughter and knowing gazes from her enraptured audience through her character-driven tale of a favourite Aunt.

Penniless and riddled with ‘swag’, we headed to Uncle Larry’s (formerly Dooley’s) for what would be the surprising highlight of the day, “The Burning Hell”. A quick intro from the band’s site describes them as “the alter-ego of ukulele player and all-purpose nerd Mathias Kom”—a band that “can occasionally bloom into a multi-instrumental monster with many heads and arms”, spanning from St. John’s, Newfoundland to Peterborough, Ontario. Beginning things off with the quip, “This one’s about pet euthanasia”, then blasting into a buffet of wind instruments paired with Mathias’ deep drone—the band began to serenade us with stories of death, love, and smoking cigarettes.

The evening’s performers really took off with Vancouver’s Appollo Ghosts, set to tour with Dog Day in early August. Their chaotic surf-rock easily won the crowd over as they geared us up for the evening’s funky, soulful lineup of Toronto’s Bonjay and Brooklyn’s Charles Bradley and the Menahan Street Band.

Bonjay, a Dj, vox & drum trio, had curly mohawked, leggy sparkplug singer Alanna running the show from the get-go. With a voice that could simultaneously melt the tent and set it on fire, she played with Jamaican patois in fun songs like “Fat Gal”, while maintaining an intellectualism by discussing prejudice and heartbreak, making their set a saltshaker of dancehall, funkhouse, and electro-ballads. Lighting the stage up just in time for the main event, the “Screaming Eagle of Soul” himself, Charles Bradley.

Appearing after a dramatic two-song interlude from the uber-talented Menahan Street band, Bradley held us in the palm of his hands for the most heartfelt , honest performance most of us had ever witnessed. Visibly overwhelmed by the intimacy and interaction of the crowd, Bradley performed what Sappy organizers declared afterwards was “One of the most genuine and incredible performances” in Sappy history. Performing the entire set in tears, Bradley crooned, roared, and gyrated to his own funky soulful Motown 60’s-inspired tunes, even leaving the stage during one of his songs to dance with the audience. Conscious to his geography, Bradley even claimed between songs “I found love when I came to Canada”, this being his first Atlantic Canadian show—even treating us to his rendition of “Heart of Gold" - see the video on our Facebook page here: www.facebook.com/arts.east 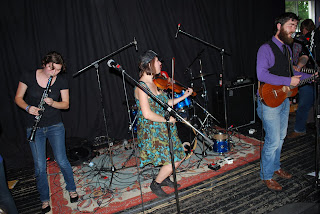 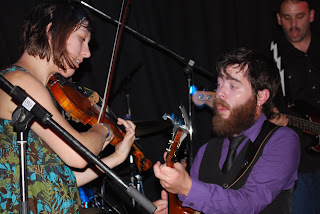 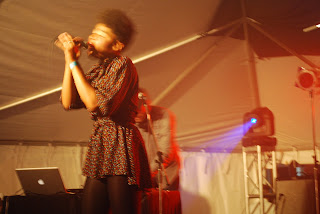 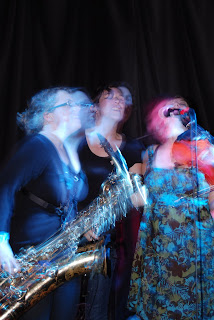