Getting on the road in the late afternoon to make the familiar trek from Halifax to my alma mater town of Sackville, New Brunswick was a veritable bevy of nostalgia –both for summer, and for a certain time in my life.

Anyone who has ever called Sackville ‘home’ can relate to the feeling you get when you roll the window down to feel the tease of the marsh winds through your hair, catch the faint cries of the train, and finally let your feet settle in their old footprints. In this small town, there is an overwhelming and instant feeling of community and—for one weekend a year, it is home to a crowd of the most inspiring, creative folks you will ever see under one tent.

A sea of beards, plaid, grins, and unkempt hair—Sappyfest is, even from an onlookers perspective, a music festival full of unrivaled aesthetic experiences, paired with a uniquely Maritime spirit. With a knack for creating a communal atmosphere, Like Sackville, Sappyfest is not so much a festival as it is a family.

After checking into the last vacant room in town, we ventured down to the womb of the festival—Bridge Street, the end right by the only set of traffic lights in downtown Sackville, home to the Bridge St. Café which hosts the weekly farmer’s market, the Vogue Cinema, and the infamous Mel’s Tearoom.

In the mainstage tent area, setting the scene for a wedding of sorts—complete with tiny white lights and an ambiance created by a crowd of genuine music lovers, the Sappyfest experience is—for my third annual homecoming—rife with new possibilities and improvements, while maintaining that familiarity that draws crowds back year after year. Picaroons is on the scene as usual as the official beer of Sappyfest, while this year introducing reusable, keepsake mugs to cut down on trash.

Owen Pallet et Les Mouches put on an energy-bursting set, dripping with sweat as they combined electro-synth stylings with classic violin and hard-hitting punk drumming true to their unique sound. A truly eclectic band, they kept the tent full of dancing feet despite the cozy hundreds crowding the stage.

The Sappyfest program, a piece of art itself (as usual)—slates a mystery band by the name of “Shark Attack” following Pallet and co. The tent was awash with rumblings and mumblings from self-proclaimed musical pioneers and navigators who had to shamefully admit their ignorance toward such a band when, as any festival goer will tell you, the biggest acts are saved for last.

With the 10 o’clock time slot filled with this obscure band named after the popular 80’s boardgame, some members of the crowd began heckling, while others enthusiastically chanted for the band to take the stage, having figured out the trick Sappyfest organizers were attempting to pull on them.

Turns out Shark Attack was Arcade Fire. Sure, the equipment shoud have tipped me off…
But I suppose I just couldn’t believe my luck.

After over an hour of guitar tuning, sound testing, and getting the aesthetics of the stage oh-so-right, which included a canvas sign for Shark Attack and a copy of the boardgame front and centre, the crowd erupted as the members of Canada’s super-band (set to open for U2 tonight at Magnetic Hill) took the stage.

Photographing or documenting this band is like trying to capture a hurricane in a bottle. Either keep your camera on a permanent ‘action’ setting, or just throw it away and enjoy the spectacle. Fueled with more gusto and energy than Alderny Landing would have known what to do with, the band was truly in their element, singing and speaking to the crowd like old friends—in the intimate way only Sappy shows can provide. Hitting hard right off the bat with “Ready to Start”—a definite crowd pleaser, the performance was a series of Funeral favourites, “Wake Up”, “Neighbourhood 2 (Laika)”, “Haiti”, and a sampling of some of The Suburbs finest, “Month of May”, “Rococo”, “Sprawl II”, and “City With No Children."

To have been there is to have shared a moment in time. To have been on the same musical wavelength as such a monolithic band, who applauded their crowd at the end, and basked in the resounding chorus that we, the Sappy goers provided them with, is to have experienced Sappyfest on an entirely new level.

Still maintaining that telltale musical high, paired with a sense of shock and denial, and choosing to believe my photos over logic, we moseyed over to the Sackville Legion—a new venue on the list for this year’s festivities. There, Halifax musical veterans, and newly formed 3-piece “The Long Weekends” were set to rock atop antique rugs, following the biggest band to ever ‘attack’ a Sappyfest audience. Keeping the momentum, this garage, post-punk trio played an energetic, equally sweaty set on an adorable stage filled with Sackville-esque curiosities, lit only by lamps and other second-hand ephemera. Short but sweet, vocalist Noel MacDonald kept the crowd in stitches in between providing the haunting vocals to the toe-tapping, ghost-like sounds reverberating off the fragile Legion walls.

And, with vespers of music lingering in the air, we retired to rest up for another Sappy-filled day ahead. - Whitney Moran 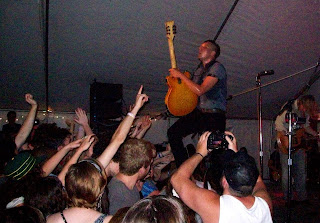 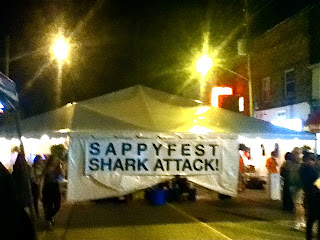 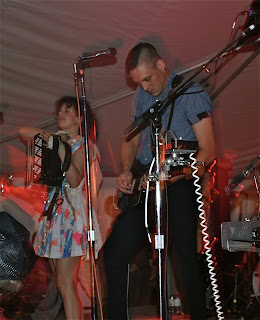 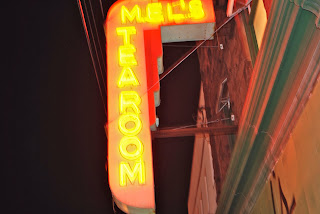 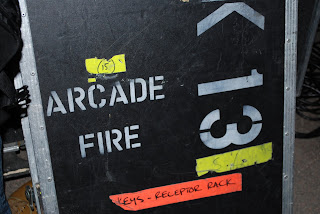 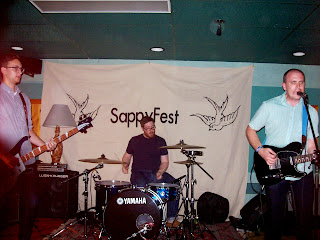 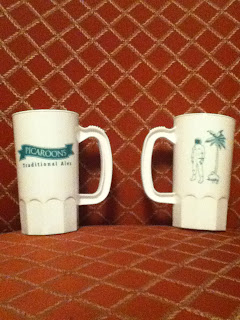