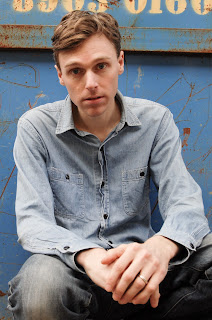 Nova Scotia’s Joel Plaskett is back in action this summer, playing select shows around the region and across the country in support of his latest release, emergency’s, false alarms, shipwrecks, castaways, fragile creatures, special features, demons and demonstrations; 1999-2010 – an eclectic collection of b-sides, outtakes and rarities. Recently AE spoke with the multi-award winning singer-songwriter about the new compilation.

AE: What motivated you to release this recording now?
JP: After Three came out (2009), I toured that record a lot and was pretty tired when it was all said and done. I need some time to recharge my batteries and start writing songs for the next Emergency record which will be out this fall.

AE: How did you go about choosing the material for this collection?
JP: There is always a lot of spillover material when I make a record – stuff that doesn’t quite cut it or suit the sound or vibe of that particular collection of songs at that point. In some cases these were tracks hung around for years in one form or another and I felt that it was time to clean out the closet so that I could focus on new material.

AE: Some of the songs are quite raw.
JP: Yeah, some of them are just demos and are a little scratchy for sure – mostly because I am playing all of the instruments on them. I see them as sketches that were eventually fleshed out into proper and more definitive recordings over time. Some of the others were limited releases, like the song On the Rails which was done exclusively for the CBC. I re-mastered everything, but nothing was re-recorded

AE: They certainly give some insight into your creative process.
JP: I think so. It was actually pretty cool for me to go back and listen to some of this stuff – there are pieces there that I had not listened to in a long time – and then to compare and contrast them against the finished recordings. It was a little humbling to hear some of those awkward first steps, but in the end it really gave me a fresh perspective on how I have evolved as a songwriter. Hopefully people who pick up the recording will see it in the same forgiving light.
AE: Do you have a favourite track?
JP: There is an earlier version of Extraordinary on there that I kind of like more than the finished version that ended up on Truthfully, Truthfully (2003.) There is a spontaneous, almost-blurry kind of raw energy to it that we never quite nailed down in the final studio version. There is a really messy version of Drunk Teenagers that I like a lot too.

AE: Will we see another volume like this at some point?
JP: Not likely, but if there is, it won’t be anytime soon. For now I’m pretty content with the housecleaning I’ve done with this one.