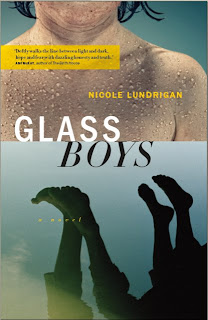 Glass Boys is nothing short of a family epic. Evoking rural Newfoundland with a gritty grace that is all her own, Lundrigan conjures a world of stark reality, delving into the lost innocence of peculiar childhoods in a land where boys become men before their time. Exposing the darkness of half-buried family secrets and tonguing at their wounds with each sepulchral word, this obscure novel is absolutely riveting from beginning to end. Charged with tension and guilt, Lundrigan intimately explores the unbreakable ties between us, weaving a tale of filthy beauty that never abandons its quest for love and rejuvenation. At once remarkably touching and disturbing, Glass Boys is an Atlantic saga, leaving behind traces of salt on the skin, and a familiar pang in the heart for anyone who has ever felt lost in the most familiar woods. ~ Whitney Moran