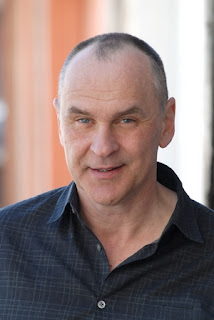 “I’m thrilled that Halifax will have a chance to commune with ‘Communion’, shares Daniel MacIvor. The Cape Breton-born playwright has been awarded with numerous accolades, including the Governor General’s Literary Award for his ‘I Still Love You’ collection and the theatrical Siminovitch prize. His “Communion” plans to rivet Neptune in Halifax starting on February 7.

AE: What was your inspiration to write “Communion”?

DM: I had been asked by an actress in New York I admired who had seen my play “Marion Bridge” if I would be interested in writing a play for her. So I went back to some notes I had been making about my experiences in therapy and an idea I had about a tumultuous mother/daughter relationship and did a first draft of a play called “The Communion of Saints” – there was actually a fourth character in that version, the therapist’s partner, this was the part I had written for the New York actress. When I sent the actress the play she said that she felt she wasn’t right for the role and so I had a play but no production planned. Then I took the play to Tarragon Theatre in Toronto where I’m playwright in residence and they were interested in it. After a series of workshops with a wonderful cast, the actress who was to play the therapist’s partner ended up with a conflicting job and had to drop out. So I thought that part was perhaps cursed so I ended up cutting it. In fact losing the fourth character was the best thing I could have done and the play came together in a very simple and cohesive way.

AE: How does “Communion” compare with other plays you have written?

DM: I think “Communion” deals with the same kinds of themes and obsessions that all my plays do; I suppose where it’s different is the gentleness it in. I don’t think I have the reputation of being a “gentle” playwright.

AE: What type of experience will audience members have when they immerse themselves in the story you have penned?

DM: I guess that depends on which character one most identifies with.  Mothers have one reaction, daughters with a difficult relationship with their mothers have another kind of reaction, people with some experience with therapy still another.  Ultimately though the play is about the fact that sometimes the purpose of our lives is revealed not by what we do but who we are, and I would hope that helps people to consider something about their own purpose in their own lives.

AE: Do you like collaborating with directors, set and costume designers, actors, etc when they are producing and performing one of your plays? If so, were you directly involved with Neptune’s production of Communion?

DM: Collaboration is the very essence of theatre; it’s why I love the theatre. And yes I have been very involved in this production. Linda Moore directed the first production of the play in Calgary after I had directed the Toronto premiere and so we had many conversations about the play and I continued to rework the play for her production. Also I am on the board of Kazan Co-op – who is producing the play with Neptune - and have worked closely with Kathryn and Janet MacLellan for years.

AE: You have had a very successful playwrighting career already. Why do you think you gravitated towards writing theatre/drama as opposed to another genre?

DM: It’s where I feel most at home. I have worked in the film world but I have always felt like a bit of a tourist there. Theatre is the language I speak, it is the climate I’m most comfortable in, it is where I feel most challenged to better myself, not just as an artist but as a person. I am being encouraged though to try my hand at writing a novel.  Time will see how that transpires.

AE: Has there been one play you’ve created that you most relate to?

DM: The solo shows are close to me since they are so directly created out of my own experiences and my world view. Of course asking me to choose one play would be like asking a parent to choose a favourite child – impossible. I will say though that I have been moved very much by the reaction of audiences to “Communion” – it is stirring, and as an audience member that’s what I’m most looking for in a theatrical experience.

AE: What are you working on now and what are your future plans?

DM: Currently I’m getting ready to direct my play “Was Spring” at Tarragon Theatre in Toronto. It opens in April. And I’m doing some rewrites on my play “The Best Brothers” which stars myself and Halifax’s own John Beale and will run this summer as part of the Stratford Festival in Ontario.