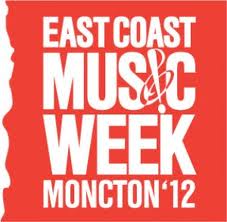 The East Coast Music Awards kick-off in Moncton, NB tonight. In the first of a two-part interview, ECMA executive director Su Hutchinson opens up about herself and the annual gathering.
AE: When did you become Executive Director of the East Coast Music Association?
SH: I started in the fall of 2009. Beforehand, for six years, I was the General Manager with a Canadian Celtic artist named Loreena McKennitt. She’s an extraordinary musician and businesswoman so it’s really great to bring that experience back to working with multiple musicians, which is pretty fantastic.
AE: Is that what inspired you to work with the ECMA?
SH: Yes. I think what I recognize is so important is the ability for our artists, who really are all small and medium-sized, independent businesses, is that they really do need what we work very hard to offer them, which is basically business support in terms of international reach into a buyer’s market and opportunities to showcase their music. And, of course, what we do every year is bring as much of the world together as we can to see them at their very best in the annual cycle.
Sue is from Ontario originally.
SH: And actually, I’m leaving again. I’ve done quite a bit of work here to do some financial rebuilding and I’m heading back to Toronto actually after this year’s ECMA. So I’ll have finished my third ECMA and a search is underway right now for a new Executive Director. I’ve been hired to be the managing director with a theatre and Performance Company in Toronto called “Canadian Stage”…  And before music I was actually a fundraiser for 15 years working both in theatre and with Canadian authors, and so on.
AE: How have the annual ECMAs changed over the years?
SH: I think again, it’s probably been reflective of how the world is viewing its music and absorbing its music. So, at one time, well before my time here, there was a national broadcast of the awards show on CBC. I think that went on for six years or something. It was a really amazing, high level show that allowed east coast music to really be discovered by the rest of the country in a very significant way. So as those borders of access to music has changed for both revenue and independent artists. The way they are accessing their audiences in a world wide way which is obviously digitally-based – it has become more about how do you directly get to your audience member. And there’s a very different way of doing that than necessarily through a television broadcast. Really, I think with the awards show and everything else that we do – and actually what we do is a whole week of activity - our main focus is on business development for our artists. So we bring in buyers from around the world, and agents, and so on and so forth. And we do upwards of 720 one-on-one meetings between our musicians and our managers and these buyers for these people to have fruitful and economically stable careers as musicians. So, there’s been a shift, and a lot of that is based on having the digital technology that we have.
AE: Are their programs for non-established or ‘rookie’ musicians?
SH: One of the most important things is that each of the provinces, with the exception of Ontario I think, has what’s called a “music industry association” or MIA. So, in the Atlantic Provinces there are four. Those MIAs really are the very first calling place for any musician. At the same time, what we offer at the ECMA is, although we’re targeting our programs for export-level artists, we do a major conference every year– a music industry conference –that is THE place to learn about the business, like in no other way. So that’s where we encourage our new artists to really focus on developing their businesses, because it so independent. Those record labels exist but they’re buying far less music than they did in the past, so you really are looking at an independent career now. It’s also probably the most intelligent way to have a music career now because you really can control all the elements – the income elements, the legal elements – yourself. We encourage new musicians to absolutely take in the conference. We offer export training with the MIA as a partnership, so that it really helps them be prepared for when they have those meetings with the buyers: how to present yourself, what kind of information to convey…We also offer performance training, so that when you do have that one minute to capture somebody’s attention with your performance, that you can do it in a really, the most genuine way you can with your style of music and the songs that you write. ~ Michelle Brunet
April 11-15, 2012, Moncton, New Brunswick
http://www.ecma.ca/