The Strength of a Woman 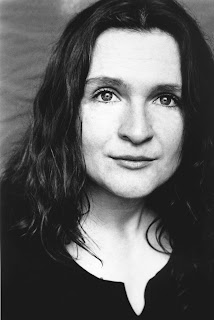 In the 2nd of our back-to-back interviews with cast members of Robert Chafe’s Tempting Providence – currently running until May 6 at the Neptune Studio Theatre in Halifax – Deidre Gillard-Rowlings (who plays the lead role of Nurse Myra Grimsley Bennett) speaks about her professional past and present.

What inspired you to start acting?
My family inspired me to become an actor really. My grandparents operated a movie theatre on The Northern Peninsula of Newfoundland and so from a young age I was watching movies on the big screen in our own theatre. The stories and the actors enthralled me. When I graduated from high school there was no other option in my mind as to what I wanted to pursue as a career.  My family is full of fun and has always loved a good story however it is told and they passed that love on to me. They all are natural story tellers and I guess gave me the push the confidence and most importantly the support to pursue a career on the stage.

Are they the same reasons that you do it today?
The initial inspiration is what keeps me working today as well as my love for the medium. The voice and story of a writer becomes so much louder when performed on stage. I really enjoy the new challenges each role demands.

What are the biggest challenges of the profession?
The biggest challenges of the profession are the lack of a secure paycheck and finding the next job! The work itself is so rewarding and exciting. Developing a new character is akin to living another life sometimes. But not knowing when you will find your next gig is always in the back of your mind. All you can really do is keep working, producing your own work, when possible, and putting yourself out there. Hopefully someone will need you to help tell their story.

What are the rewards?
The most rewarding thing about acting is the connection with the audience during and after the show. When you are in a show moves people on some level that is the greatest reward!

How did you get involved with Tempting Providence?
I got involved with Tempting Providence in 2002. I was working for Theatre Newfoundland Labrador at The Gros Morne Theatre Festival, in Cow Head NL. Robert Chafe, the playwright is a great friend of mine and had let me read the script. I was instantly smitten with the writing; the character and the story so when the role was offered to me I accepted immediately. I would have been heartbroken if anyone else had gotten it, frankly. Robert told me afterwards that he had written it with me in mind and so I was thrilled to be part of it.

What do you enjoy about the role?
What I enjoy about this role is the strength of the woman! Myra Bennett was unfailing in her drive to work and to help others. I did a lot of research when developing the role so that I might represent her well. I talked with her family as well as people on the coast of the Northern Peninsula of Newfoundland who had known her in order to get some first hand knowledge of the absolutely extraordinary woman. There is a documentary that the NFB did in the 70's titled "Lady of the Lonely Places" and Peter Gzwoski interviewed Myra for his television show so I had some great archival footage to draw from as well. I enjoyed getting to know Myra! She inspires me and puts me to shame with the amount she achieved during her lifetime. "Tempting Providence" is a highly physical play as well and very specific in its choreography. It is a joy to perform this role and to sink into the efficient dance it has become. I'd like to think that Myra Bennett would be proud of what we have created and to me there would be no higher praise!

What can audiences expect during the run?
Audiences can expect some theatrical magic! "Tempting Providence" requires you listen well and bring your imagination. We use 4 chairs a table and a cloth to create the world of the play. We utilize minimalism in its most basic and true form and it allows us to span the sweeping landscape of the play's emotional and physical journey.

What's next for you on the stage?
What's next for me is very exciting! Our cast and crew are about to dive back into a rural tour of "Tempting Providence" that will take us across the length and breadth of Newfoundland and Labrador this upcoming summer. We finish on the 3rd of August and I can't think of a better way to see our glorious island, thankfully it's a summer tour! After the tour is over I will need a month to myself to decompress and then I want to concentrate on completing several writing projects I have been working on for the last few years. I have short film script I want to finish filming by January; a Newfoundland based soap opera treatment that is close to complete, as well as a children's book that has been percolating for a few years. As for the stage, some colleagues and I have been tossing around the idea of producing "Communion" by Daniel MacIvor. If all falls into place with acquiring the rights, a space and most importantly the time that may well be my next project!