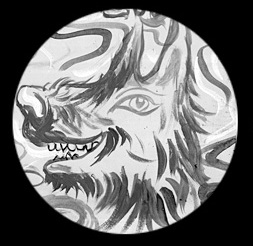 LOWLIFE was dubbed the “weirdest film” among the entirely unusual line-up at this year’s Fantasia International Film Festival. It won the Audience Award for Best Feature at this year’s Atlantic Film Festival. The extremely low-budget film has attracted media all over North America, from the Hollywood Reporter to Exclaim, describing the feature with various qualifiers, such as “clearly the most original feature debut in East Coast cinematic history”, “surreal”, “shiver-inducing”, a “feel-bad hit” and having the ability to make audience members want “to go home and shower for an hour”.

If you have not yet witnessed this motion picture madness, you are in luck. The film’s co-writers, Seth Smith and Darcy Spidle, are tapping into their experiences of being out on the road as musicians, and releasing LOWLIFE on a huge tour this weekend. For three days, the film will be screened in 24 different cities representing every single province and territory.

Smith (also LOWLIFE’s director, editor and cinematographer) and Spidle (also the lead male actor) synergized with a small yet close posse of creative team and crew to produce the film noir. It tells the tale of a vagabond named Asa and a tubist named Elle (Kate Hartigan) who indulge in a drug binge. But this isn’t your typical psychotropic drug: it’s alive, slimy and slug or starfish-like. Their ‘trip’ brings them to the desolate wild lands of Nova Scotia where they engage in the most bizarre, most horrific, most unhygienic confrontation of body and soul.

If you’re planning on checking out either of the two Saturday screenings in Halifax, the city closest to where most of the film was shot, tickets are going fast. You can pre-purchase at Lost & Found (2383 Agricola St.) or online: http://divorcemusic.blogspot.ca/2012/11/lowlife-xcanada-tour-halifax-november.html

To check out the dates and venues across Canada this weekend, from St. John’s to Vancouver and Iqaluit, check out: www.facebook.com/events/418890204832484

And to get a sense of what you’re in for, check out:
www.lowlife-movie.com
http://www.youtube.com/cutofftail
Story by Michelle Brunet
www.freelancewriterhalifax.weebly.com