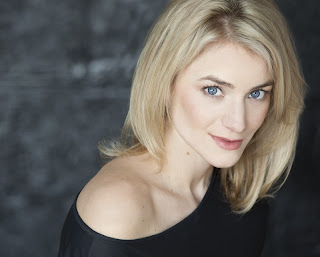 Neptune Theatre in Halifax closes out its 2012-2013 season with Legally Blonde, the hilarious story of Elle Woods, a sorority girl who enrolls at Harvard Law School to win back her ex-boyfriend Warner. Recently we caught up with Lindsey Frazier, who plays the lead role of Elle.


How long have you been involved with theatre, and in what capacity?
My whole life. I started dancing at the age of three at Costal Dance Academy in Dartmouth, and performed my first role at ten, as Eliza Doolittle in My Fair Lady at Tallahassee Community School. (Eastern Passage) I went on to train at The National Ballet School (Toronto) and as a teenager took part in as many community theatre and school productions as I could get my hands on.  I continued my studies at Sheridan College in their Music Theatre – Performance program, and upon graduating have been working professionally in theatre and film ever since.  I was a member of the Charlottetown Festival for several years and have performed in numerous shows across Canada, such as West Side Story, Anne of Green Gables, Canada Rocks, Hair, and Miracle on 34th Street to name a few.


What are the challenges of the profession?
A show it typically put up in two to three weeks. In that time we have to learn about two hours of lines, music, and choreography, then add in set and costume changes and technical elements. It’s a lot of work! (But luckily a lot of fun!)


What are the rewards?
I get to play for a living, work with amazing people and travel the country doing it...I have the best job in the world!


How did you get involved with Legally Blonde?
When I heard Neptune’s season I could not have been more excited. I immediately contacted them about setting up an audition when they came to Toronto. The audition consisted of a couple of singing calls, a dance call and some scene work.


What do you like about the role?
Everything! The show is filled with incredible musical numbers, each time we run the show I find a new favorite. I also admire Elle as a character; she is a determined, confident optimist who is kind, but is certainly not lacking in spunk!


What can audiences expect to experience at the performances?
They can expect to have a fantastic night out! The show is one big fun ride that takes off the second the lights go down!