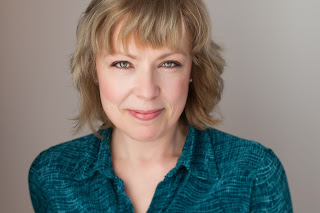 Halifax-based author and editor Carol Moreira is set to release her latest book, Membrane (Fierce Ink Press), the story of a 16 year-old who discovers herself in a parallel universe. Here, she tells AE what inspired both the new story and her passion for writing.

Moreira will be launching Membrane on Thursday, July 18 (6:30-8:30pm) at Just US! Coffee House on Spring Garden Road (Halifax).

What motivated you to tell this story?
The idea came from reading scientific theories on this universe and parallel universes. I was especially struck by Marcus Chown’s book The Universe Next Door, in which he writes that some physicists accept the idea that there are an infinity of realities stacked together like the pages of a never-ending book. “So there are an infinite number of versions of you, living out an infinite number of different lives in an infinite number of parallel realities." This idea fascinated me and I began to imagine a multiverse where people who were genetically identical – parallel doubles – might meet, interact, and like each other, or not.

Did the work come together quickly or did you really need to work at it?
The ideas came fast but the final honing took time. I started writing the story for pre-teens, but gradually became more interested in writing for teens. My first teen novel, Charged, was published in 2008. The experience of writing Charged made me realize that the ideas in Membrane would work better when developed into a book for teens.

What was the most challenging aspect of the process?
Making the parallel doubles individuals, yet similar enough that they could be genetically identical.

What was the most rewarding part of the experience?
Seeing it all fall into place as if it was always meant to be!

What did you learn during the process?
The process deepened my respect for what I already knew – that writers have to be able and willing to edit their own work and collaborate with good editors. 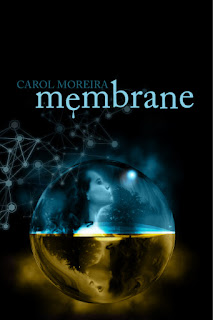 Where did the character Tanya come from?
Tanya is a blend of many people and things – my own younger self, other young women I have known, individuals/ideas/conflicts I have seen on the news etc.

How did you feel when the book was completed?
Relieved!

What has the response been like so far from those that have read it?
People seem to have found the story original and the characters relatable and that makes me happy as I love work that combines originality with strong characters and emotions.

How have you grown as a writer/storyteller since your last work?
I have become a much better editor.

What's next on your creative agenda?
I am writing the sequel to Membrane and tidying up a previous novel I have sitting in my computer.

What made you want to be a writer?
I wanted to be a writer from as far back as I remember. As a kid, I was always reading, writing or running.

Are they the same reasons you do it today?
I haven’t changed much, although I run less than before.

What makes a good book?
I adore an original idea. I also love emotional depth and great writing. There are competent writers, and there are writers who use language so beautifully and uniquely you know they love the words – the latter write the best books.

Do you have any advice for aspiring writers?
Read a lot and write a lot. Attend writing classes -- many places have great local organizations like writers’ federations that are useful, friendly and cheap. Join a writing group and get in the habit of critiquing your own and others’ work. Writing is a process, often collaborative. Get used to exposing your ideas to other viewpoints and develop your own critical and editing skills.