Sadly this is the last day of the Halifax Jazz Festival, but it’s going out with a crash-boom-bang! At least seven different venues around town are hosting performances. Under the Festival’s waterfront big top, shows are free from 12-5pm and then again at 8pm when Jeff Goodspeed, Silvio Pupo, Canadian Primos, and Salsa Picante take the stage! 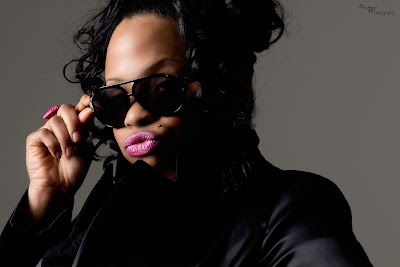 The final performance of the entire festival starts at 11pm with The Marquee Ballroom hosting Cyndi Cain’s album (Soul Food) release party along with the Carsen Downey Band. Cain is a Halifax-based singer-songwriter (with a background in musical theatre) and her vocal pipes have been generating gorgeous sounds from the time she was three years old. She has performed all over the place from the Club Med scene in Florida to the Dominican Republic. Arts East caught up with the award-winning songstress last week.

What's your first music memory?
CC: Singing in my Baptist Sunday School Choir and hearing my voice in harmony for the first time was UNFORGETTABLE... Luvs me sum harmony :)

How would you describe your musical/vocal style?
CC: I like to think of my style as Classic Soul Feel Good Blues!! My Vocal Style is Sultry, Sassy, and Soulful!!

What have been some of the highlights of your musical career?
CC: Singing with Michael Buble and Charles Bradley in front of a sold out audience further proved to me that this is what I'm MADE for.....It just FEELS so GOOD!!!

Who are some of your musical heroes/influences?
CC: Whitney Houston, Etta James and I can't forget local Songstress Muzzy Marshall— she taught me a lot!!

What's next on your agenda?
CC: I'd like to do some international touring, more writing for the next project...You know take my career to the next level!!

Multi-award winning musicians, Dani (saxophones) and Sageev Oore (piano) are no stranger to the local scene, and beyond. Together the brothers combine their individual and shared backgrounds in classical, jazz, klezmer and improvisational genres to create their very own distinctive interpretation of timeless compositions: The Radical Cycle. Tonight, Dani and Sageev will be presenting this project at the Peggy Corkum Music Room (8pm); Montreal’s Quartetski will also take the stage. 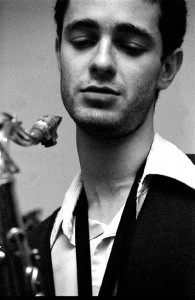 What's your first memory associated with music as individuals or together?

D:  Do my siblings and I have a collective unconscious memory of sounds from within our mother’s womb?  I remember dancing to Sageev’s piano playing a few years after that, and I also remember standing together with my older siblings at our music lessons singing the Haitian folk song ‘Yellow bird, up high in the banana tree’. Maybe I was four or five.

What have been some of the highlights of your careers?

S: There are two main kinds of highlights for me these days. One is internal ones, often around learning new things, so various moments while I’m practicing are highlights. (As I get older, I especially value the moments when I’m feeling frustrated or discouraged while practicing, as that is one of the best indicators that there’s a potential to learn something that is outside of my comfort zone). The other kind of highlight is external, or connecting with other people. This includes the people I’m playing with, and audiences. Playing with Dani is always a highlight.

D: I hope that my most recent highlight is the brightest. The last two public performances I did were the radical cycle project with Sageev. It’s a rewarding process to get deeper and deeper into the cycle— the structure of the whole and the works within it. Last year i created music for our sister Jasmine’s upcoming film —I am excited about that work being shared with the world.  Lately my life has been greatly enriched by a combination of research and teaching. I’m in town now as a faculty in the jazz fest’s CMW.

Who are some of your musical heroes/influences?

D: I always think of our experience of family, our family life growing up —those things undoubtedly shaped who I am today. That created a way for all the meaningful relationships I’ve had since.

How would you describe the Radical Cycle project? 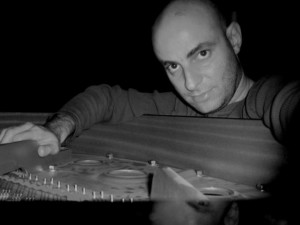 S: The short answer is that it is simply Dani and I playing (and “recreating”) beautiful classical repertoire. Here’s a longer answer: I had just moved back to Halifax from Toronto and Dani had just acquired a big pile of books of classical art songs (by Schubert, Brahms, and many others). We began reading through these books because the music is so beautiful. Over a few years, we would keep coming back to certain pieces and playing them, drilling into them and very, very gradually we (often Dani) might notice a little drop of new organic musical material previously embedded in the original material now coming up the drill-- a drop of klezmer or a drop of harmonic improvisation or something less genre-specific than that, and we would explore that. It was a very organic process. "Radical" refers to the root, "radix".

D: In Radical Cycle we do our best to honour the spirit we find in the music... it’s serious and heavy and also playful and light.  I wonder if Radical Cycle may be somewhat atypical for the repertoire in terms of the manner in which we interact with this spirit we find... which has been channeled by those composers.

Is improvising liberating? What's the most liberating thing you've ever done during a performance?

S: One of the particularly liberating things I’ve done was at a concert with Dani at a jazz festival many years ago, in which we were improvising without any structure whatsoever other than the goal of listening and breathing and only (musically) saying something when it felt there was something to be said. This involved what felt like very long silences in front of an audience, and that felt very valuable—and still good to remind myself of that experience from time to time—to not be driven by the need to fill the air/space.  And just as (mentioned in one of the earlier questions) my experiences outside of “music” strongly influence my musical directions, this was an experience, ostensibly “within” a musical context that had a liberating impact that continues to extend to many other parts of life. I find listening (when I manage to do it) to be liberating, and taking the risk of being silent (especially when it is not set up with any sort of explanation or excuses in advance) to be liberating as well.

D: Is improvising liberating?  Yes and no…Improvising is a discipline; it gives the improviser both permission and responsibility to follow the path —the best path— that the music dictates. To me, the simple fact that someone is improvising, has absolutely no bearing on how liberated the music itself will be. Without the discipline to follow the music, a musician can become imprisoned by his/her improvising. When you follow the music, which spirit do you follow? Thinking back over my own personal experiences, there are a number of times that the music seemed most liberated when I took the saxophone out of my mouth. Often simple but not always easy.