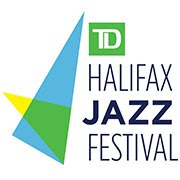 The TD Halifax Jazz Festival kicks off tomorrow night. More than 90 local, Atlantic Canadian, national and international acts will perform, from the iconic Jerry Granelli and the young drummer-phenom, JR Smith, to New Orleans’ musical ambassador, Dr. John, and “the most iconic reggae band of all time”, The Wailers. Arts East will be filling you in on the pulse and soul of the entire festival (July 5- 13) with daily performer interviews and live coverage, via social media, of jazz, funk, R&B and world music concerts taking place around metro.

Legendary roots-blues singer-songwriter Thom Swift will be playing the Halifax Jazz Fest with his band The El Caminos on Monday, July 8th. Before hitting the late night jazz stage, he’ll be performing as a special guest to Rosanne Cash for the next three nights (July 4, 5 and 6) in Halifax, Moncton and Fredericton. Since March, the multi-award winning musician has been touring his most recent solo album, The Fortunate Few, around the Maritimes and beyond. Arts East caught up with Swift to discuss the latest recording and his successful career.

What inspired you to start playing music?
TS: I grew up in a very musical family. My mother played piano, my father was a trained opera singer and my brothers and sister all sang and played various instruments.

Are they the same reasons you do it today?
TS: I started playing guitar when I was three. The reason I still play today is the ongoing love affair I have with music. It is at the core of who I am as a person. I don't really have a choice in the matter.

What are the challenges of the gig?
TS: Challenges vary in regards to playing shows. How far you have to drive/fly to get there, what the weather is like…being stuck in an airport or on the highway can be frustrating when trying to get to a gig. How many people will show, how much overhead there is regarding venues, paying band members…I could go on but that’s enough :-) This business is not for the faint of heart!

What are the rewards?
TS: Connecting with people through the live music experience and earning a living doing what I love!

What went into the recording of The Fortunate Few?
TS: This is a very general question that could be answered many different ways. I guess I’ll answer it this way:
What are some of the themes of the recording?
TS: The whole album is based on the theory of being appreciative for family, friends and all the world has to offer because we do not live forever. Life is fleeting and we must live life to the fullest. The album serves as a reminder to people that we are not here long, so make the most of the life you have.

How does it differ from previous recordings?
TS: I think this album differs from other projects because it is more cohesive and the songs are stronger. The playing is stronger as well. Everything on The Fortunate Few has been taken up a few notches and I feel I have accomplished what I set out to do.

Whats next on your musical agenda?
TS: Whats next? I am continuing to tour this album and constantly writing new material…and working diligently to be better at my craft.

For more information on the Halifax Jazz Festival, visit: http://halifaxjazzfestival.ca