A Mess of a Fest! 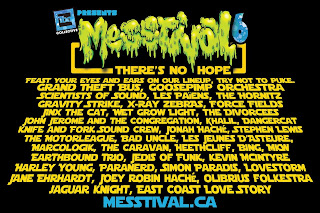 “Is this for real?” I think to myself reading about Messitval for the first time.

Visions of You Can’t Do That On Television (remember that 80s show…“I don’t know”…cue slime) combined with storybook settings hidden away throughout a forest (like Alice’s Wonderland or even that theme park, Magic Valley in Nova Scotia—does it still exist?) run through my mind.

I’ve yet to go to Messtival, but I’m tempted to hop in my car tomorrow and drive up to Anagance (not too far from Moncton) for the weekend. There I’ll be able to take in a wild spectacle of music, art and … it seems accurate in this case to say the possibilities are endless.

Before heading out on the highway, I’ll share with you the inside scoop that one of Messtival’s organizers, Dan Anderson, divulged earlier this week. 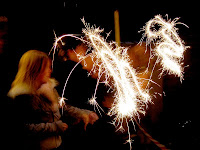 “Every year we try to bring in the most eclectic mix of musical acts and artists that we can,”says Anderson. “We don't ever want to be pegged as focusing on a specific music or art genre since a lot of our acts and artists are locally based and there's a very diverse mix of local talent. Of course, we try to bring in talent from outside of the region as well since it tends to have a ‘special’ feeling to see these acts perform at a festival.”

Anderson says musicians from all across Canada and some from the U.S. (i.e. The Hornitz from Boston) will be hitting this year’s Messtival stage. Favourite East Coast-based bands include Grand Theft Bus, Les Païens, Scientists of Sound, The Motorleague and The Divorcees.

Live art creations and Messtival’s trademark visual projections and lighting effects continue to be a major component of the itinerary. On that note, Anderson goads, “I don't want to give too much away, but we have something planned that's going to blow people away!” 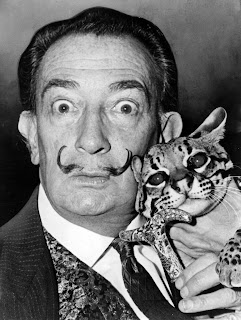 Even the details Anderson is willing to reveal will surely exceed assumptions. “For anyone who hasn't attended, it's kind of difficult to tell them exactly what to expect,” he says. “We're unique. We offer something a lot of people aren't quite sure how to interpret a lot of times…A lot of the quirky or weird personality that Messtival characterizes are reflected in the art installations we build on site. Things you can expect this year are Grandmother's living room (an area that is furnished to resemble the look of someone's grandmother's living room)… and a solar powered phone charging station that doubles as a moustache maintenance station as well. That's a big thing actually, the moustaches. If there's something that has really stuck with the festival over the years, it's the use and promotion of moustaches. People really dig it.”Anderson also mentions a new feature for Messtival 6 – a late night stage surrounded by forest where people can dance into the wee hours. 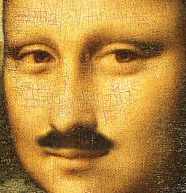 “There's a very welcoming community of good hearted people that come out to the festival and you're bound to make some friends over the weekend, even if you weren't planning to,” says Anderson who recommends bringing weather-appropriate clothing, water, snacks (although food vendors will be on site), sunblock and a tent if you’re staying overnight. “Other than that, grow a moustache. And if you can't, try harder!”

The car’s all packed with my mini trampoline, fire juggling sticks and inflatable iguana and I’ve resisted the urge to wax my upper lip for weeks…I’d say I’m all set to hit the road. Hope to see you there! ~ Michelle Brunet