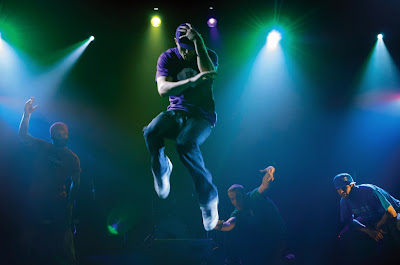 Meet Newfoundland-based B-Boy, certified yoga instructor and music producer, Dave Gardiner. He’s the founder of TrueMoves, an educational hip hop, breakdance and yoga company. With TrueMoves and other artists (including St. John’s’ East Rock Crew) Gardiner has been all across Newfoundland and the country, performing and leading programs for youth. For example, in the last year he’s teamed up with Blueprint for Life in Salluit, Nunavik; led dance and yoga workshops in communities around Gros Morne National Park; worked with fellow B-Boys and B-Girls on a project with the Cowichan Tribes in BC; and facilitated a group of 60 youth to perform a dance showcase in Saint Pierre and Miquelon. More recently, he led a nine-week program for the Naskapi Nation kids of Kawawachikamach in northern Quebec located near the Labrador border.

Where are you from and where do you call home?
DG: I was born in Vancouver, raised in Halifax and I moved to St John's, NL in 2007. My mother is from Corner Brook. I’m part Mi'kmaq from her side, so I just say I'm a nomad, but Newfoundland is my home.

How did you first get into dance, and what style did you start with?
DG: I started dancing in clubs when I was 15 in the Halifax area. I wouldn't say I learned a particular style at first because it wasn't in a studio / class environment.  My first actual so-called breakdance lesson was a workshop series in Halifax that I produced and hired someone to teach.

What do you love most about dance?
DG: I love the freedom of expression, friends and getting to work with young people.

Do you consider dance an art form, an athletic endeavor, cultural expression or….?
DG: All of the above. There’s an opportunity in dance for your mind, heart and body to come together in a powerful way.

How would you describe B-Boying?
DG: B-Boying is a dance and community I found myself feeling at home in. It’s a worldwide culture now with B-boys and B-girls of various ages across the planet. At the same time for me it’s very much my own. The dance involves finesse and power expressed creatively to the music. Being unique, having flow and keeping on top of your training are all important, but feeling the music and having fun is most important to me. 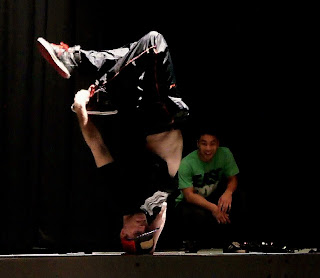 How did the 9-week dance program for the Naskapi Nation go?
DG: It was great! This was my second year there and I brought a Grammy winning music producer with me to add a musical component to the program.

Listen to the song composed and performed by the Naskapi Youth, and produced by TrueMoves and David Strickland, as part of the program:
https://soundcloud.com/truemoves/happy-2be-naskapi

What are you up to now?
DG: Right now I am executive producing a hip hop album for a group called Violent Ground, who I met in Kawawachikamach. We are in Toronto for a month in a makeshift studio we put together on Bloor St.

This will be Violent Ground’s first album based on the music they’ve been writing for the last eight years. To learn more about the group and to show your support for the production of their album, visit:
http://www.indiegogo.com/projects/debut-album-violent-ground