Atlantic Film Festival … and Mary & Myself 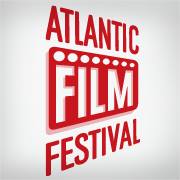 In less than 80 hours, the red carpet will be rolled out for the 33rd annual Atlantic Film Festival.

Over 180 films from across Atlantic Canada, the country and the world will be screened at multiple venues around Halifax, including Park Lake Theatres, Dalhousie Arts Gallery and the Emera Oval! And don’t forget the special events, such as From Screen to Score (featuring the enchanting relationship between soundtrack and cinematography), the Strategic Partners Industry Conference and the always exciting galas and after-parties throughout the week.

You can start planning your own personal Atlantic Film Festival itinerary by checking out the full program: http://atlantic.festivalgenius.com/2013/

When Arts East ran into Halifax’s Sam Decoste a couple weeks ago, we immediately got pumped up for this year’s Atlantic Film Fest.

Decoste’s animated short, Mary & Myself will be making its Atlantic Canadian debut on September 17th, and is one of nine National Film Board (NFB/ONF) production or co-productions being featured at the festival.

Mary & Myself actually had its world premiere earlier this year at Hot Docs (the Canadian International Documentary Festival) in Toronto. This prompted such reviews as:

“The film mixes whimsical animation with stark archival photographs of comfort women with snippets of the monologue itself. The combination makes for a light-hearted look at a horrifying piece of Japanese history, in which thousands of women were forced into slavery to service the men in the Japanese army.” – Trista Devries, Toronto Film Scene

“Sam DeCoste has relied on visual creativity and a very select juxtaposition of words, images, and music to create empathy without losing the emotional impact—or the audience.”—Grayden Laing, Canadian Animation Blog

Decoste’s animated doc tells the story of Jia Tsu Thompson (the former owner of Mu Lan Chinese Cultural Centre & Teahouse) and Mary Mohammed (the former owner of Mary’s Bread Basket).  The two Chinese Canadian women are making their theatrical debut as comfort women in a production of Eve Ensler’s The Vagina Monologues. Mary & Myself follows the two close friends during their rehearsals as they therapeutically share their own profound stories—enveloped in both sadness and humour—while paying homage to the thousands of comfort women from Korea, Japan, China and the Philippines who were forced to be sexual slaves during the 1930s and 40s.


Decoste first met Jia Tsu when she returned to Nova Scotia after living in Taiwan for seven years. Decoste longed to still be surrounded by Chinese culture and Mandarin speakers. This brought her to the Mu Lan Teahouse, and Decoste and Jia Tsu became fast friends. When Jia Tsu told her about The Vagina Monologues performance, Decoste knew this story, and the history of comfort women (an atrocity only made public in the early 90s) had to be told.

“The surviving [comfort] women speaking out are incredibly strong and brave,” says Decoste. “Crimes of a sexual nature are not often brought into the public realm in countries around the world, and the cloak of silence around these crimes is particularly heavy in Asian cultures. I don't really understand the how or the why of the unspeakable crimes committed against them, beyond a patchy explanation that I think each one of us has. I don't know if we will ever fully comprehend what happened, but I do very much believe that we learn from the past. As Korean Grandmother Kil Won-ok, the first survivor to come forward publicly said, ‘We won't be around much longer, but we have to tell you our stories because we don't want the same mistake repeated again.’”


Mary & Myself will be screened along with over a dozen Atlantic Canadian animated shorts on Tuesday, September 17 at 10pm (Park Lane Cinemas).
http://www.mediamachine.ca/onf/mary-and-myself-aff/