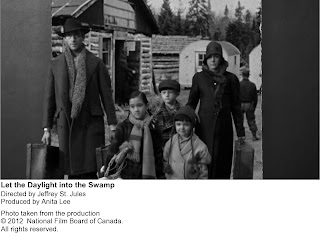 Let the Daylight into the Swamp

Every family has a history. Jeffrey St. Jules has created a piece where even those beyond the bloodline—strangers—want to learn more about the secrets of his relations. Let the Daylight into the Swamp tells the story of the northern Ontario nomadic lifestyle of St. Jules’s grandparents and their children. The film is whimsically entertaining (through silent picture-style vignettes, artistic animation and amusing narration by Matthew Rankin), while modern day interviews poke and probe at buried emotions. What’s quite clever with St. Jules’ film is the blurred line between imagination and reality as he searches for the truth about his own father’s upbringing.

Screenings (along with Regret)
Today, Sept. 15: 11:30AM
http://atlantic.festivalgenius.com/2013/films/letthedaylightintotheswamp_jeffreystjules_atlantic2013 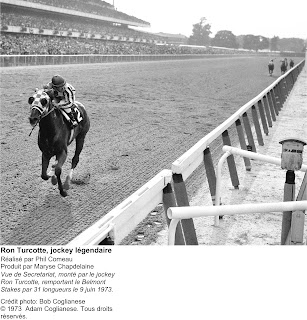 If you know nothing about horse racing, you might wonder why you’ve never been to the track after watching Secretariat’s Jockey: Ron Turcotte. From Grand Falls, New Brunswick, Turcotte was and continues to be a legendary horseman. In 1973, he won the coveted Triple Crown (a title that hadn’t been won since the 40s and hasn’t been won since the 70s). But Phil Comeau’s documentary heart-warmingly reveals a slew of Turcotte’s victories beyond the trophies and rose garlands, including how he chose to live after his racing career tragically came to an end. Secretariat’s Jockey is brilliantly paced and edited, as it jumps between the past, with
historical climatic footage, and the present, following Turcotte on a road trip to all his former racing grounds. 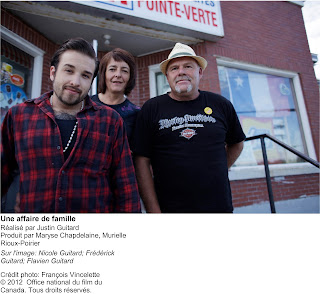 Pointe-Verte, NB is a small Acadian town with a declining population. But the general store that Nicole and Fabien have been running for 30 years is still very much alive. Family Business intriguingly follows the couple and their son as they serve, what seems like, non-stop customers for 15 or more hours a day. Selling everything from groceries to hardware parts and birthday cards, the shopkeepers treat their regulars like family (still offering credit to those stuck in a financial jam, changing their watch batteries every month or even acting as a central messaging service from time to time). In his short documentary, Justin Guitard successfully and amusingly provides intimate insight into the work, lack of sleep and passion required to run a small family business.

A special thanks to the National Film Board of Canada for allowing Arts East a sneak peak of some of its films.