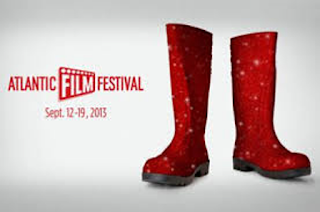 The 2013 Atlantic Film Festival starts in style tonight with an Opening Night Party before getting down to business with a gamut of great flicks, galas, workshops, seminars and related events. Recently we spoke with the festival’s Executive Director Wayne Carter about the challenges and rewards of doing what he does and what audiences can expect over the next 8 days.

How and when did you get involved with AFF?
I moved back to the East Coast and responded to a job posting for the Executive Director, Atlantic Film Festival and landed the position in April 2012.

What are the challenges of putting the festival together?
An event of this magnitude and duration has a lot of moving parts. We want to ensure we are first and foremost delivering a top notch program of both Atlantic films but also films from the rest of Canada and abroad. A Film Festival however has become more than just the films we are showing. We are challenged to create Events that enrich the overall experience beyond the films that can encompass learning and business development. Beyond that there is always the festive aspect of what we do that people enjoy whether it is celebrity appearances or receptions and parties. We strive to keep it fresh, new and appealing to a wide audience with varying tastes.

What are the rewards?
The reward is simple, pleasing audiences. If our audiences enjoy the films and have a good time we have done our job.

What can audiences expect this year?
An incredibly diverse and strong program with some really terrific high profile films. In addition we are introducing a new French Program which involves screening 18 important French language films from Canada and abroad in our opening Friday to Monday block. We are introducing our first "Industry Day" on Sunday the 15th which in essence is a celebration of our Atlantic Film Industry with panels, workshops and receptions. On Tuesday night we will be bringing our Outdoor Film Experience to the Emera Oval for a FREE public screening of a "10x10" Retrospective which are music videos done by local filmmakers and musicians. On Wednesday night we a representing a Special Event at CBC Studio 1 on Bell Road called "From Screen To Score" which will be a presentation of film and live music highlighting the art of film composing which will include the premiere of a new film "Top Of The World" by local filmmaker Shehab Illyas. This Premiere will be of the film accompanied by live music, a true one of a kind experience. The venue is very limited seating so we expect this to be a sell out and something people will be talking about for weeks to come.

Any particular recommendations?
Not specifically—we truly are offering something for everyone so my suggestion is to grab a program guide or download the mobile APP from iTunes and browse the selection. The films are grouped in "thematic programs" so take a look at your available time and go crazy!

Why is this an important event for the entire community here?
The Atlantic Film Festival's primary purpose is to platform and champion the films being created by our local film industry. The Festival exposes these films not only to the audience locally but also to visitors. Film is an integral part of the cultural fabric of our region and Festivals such as this are key to the region. On a smaller scale the Festival allows film lovers to see films from around the world which generally do not receive wide release.

How else are you involved with the local/regional film community?
As I am somewhat new to the area I am working hard to get involved in other aspects of the film industry here. There are a lot of terrific people involved in it and I look forward to finding new ways my position can be of help.

Is enough being done to promote that community?
Quite frankly it is never enough as arts and culture struggle across Canada against pressure on funding.  We find ourselves in an era where Corporate mandates are very much about return on investment which is a difficult thing for arts as much of the benefit of art is intangible but is more about who we are as people and a culture. Art is a people's legacy to future generations. Where film is concerned the industry is faced with a shift in audience behaviour, similar to the situation music faced a few years back where people have a wide access to content, some of it with no monetary benefit to the artists or companies supporting the artists. We will have to work together to ensure audiences understand that art and its creation cannot happen without funding. Support both experiential and financial is required from the public who enjoy this art to allow it to flourish in the coming decades.

What can we be doing better?
Make a point to attend cultural events throughout the year in our region to ensure they remain vital and sustainable.

What's next on your agenda?
This week to put on a fantastic Film Festival for our audiences, next week to rest and the week after to start planning 2014's Calendar of Events for the 34th Atlantic Film Festival!