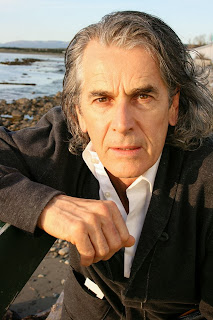 Hilarious and creative, enlightened, eclectic and eccentric, politically-savvy and socially aware…many a term might be used to describe Greg Malone.

The lifetime achievement Gemini award-winning actor, comedian, director, author, scriptwriter and activist, native to St. John’s Newfoundland, is no stranger to us here in Atlantic Canada or to many around the world.

Whether you’ve laughed at his CODCO or Pocket Queen sketches, seen him perform on a Shakespearian stage, watched the numerous television shows and movies he’s written/directed, read the books he’s penned (You Better Watch Out and Don’t Tell the Newfoundlanders), or stood by him to raise awareness about HIV & AIDS or environmental concerns, you’ve witnessed at least one facet of this multi-talented gent.

We thought it would be fun to probe Malone’s psyche with our modified version of the Proust Questionnaire. He was a great sport and here are his responses:

How would those who knew you as a child have described you?
The Tempter

What has been your favourite travel destination?
Jamaica or Costa Rica

What is your idea of earthly happiness?
Company of true friends

What do you regard as the lowest depth of misery?
Self-pity

To what faults do you feel most indulgent?
Gourmet vegan treats of my own devising

What is your best quality?
Gullibility

Who are your favorite heroes/heroines of fiction?
Elizabeth Bennet
Mr. Darcy
Fanny Price


Who are your favorite figures in history?
Jesus
Gandhi
Geronimo
Genghis Khan
Sidhartha

What is your greatest fear?
Dragon’s Den

Your favourite book?
Pride and Prejudice

Your favourite play or film?
Hamlet

The quality you most admire in a man?
Integrity

The quality you most admire in a woman?
Integrity

If you are reincarnated, what or who will you return as?
The Queen

What remains on your bucket list?
To be the greatest Shakespearean actor in the Western world
Several books to write including a cookbook
Several countries to visit including India and Africa

What word do you overuse?
Thank you

What question do you wish we had asked?
Would you like to be paid for this?