Words and works by Meghan Clarkston 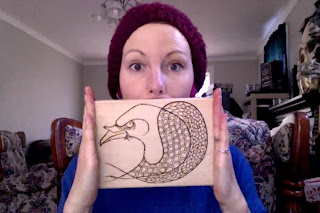 If you missed Part 1 of Clarkston's exhibit, check it out here.

My own recovery process is more of a journey in understanding, rather than attempting to “recover” from my eating disorder. At times this is misinterpreted as that I want to continue to be bulimic, or to transition back into anorexia; actively choosing to be ill rather than healthy, when frankly this is not the case whatsoever. I find the terminology of eating disorder treatment is very intense, often stating that a person is only healthy once they stop having negative thoughts or actions, which in my opinion is nearly impossible to consider a reality. How often does anyone have a negative thought about their life or even their body? If this was the case then shouldn’t the ideas of diets or Weight Watchers be considered a negative? I don’t condone either but truth is they exist because the majority of the population has a negative perception of their own bodies. 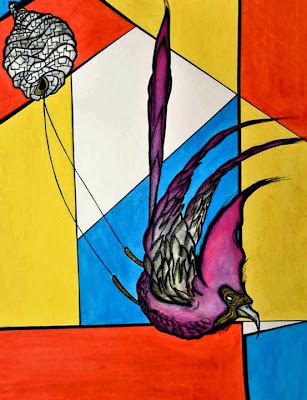 My process has been more in tune with discovering what it is that made me choose to act out in the form of bulimia, rather than engage in trying to eradicate the idea. Through this I have found a clearer means of my triggers, how to avoid them, therapies which suit my life and method of treatment - such as art rather than medication - as well as choosing to speak publicly about my own disorder, which has been a very positive source in my own understanding. 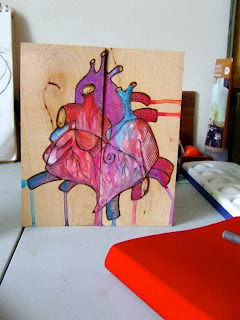 Negative thoughts creep in from time to time, and yes, there are moments of relapse, but rather than “Starting from zero”, I look back and document why it happened, what the elements were which lead to the binge / purge, how I felt, etc, with each moment documented in my journals. I speak openly with friends, families, and in support groups as well, which I love. For myself I have found the positives lie in finding outlets which benefit my own style of discovery, rather than trying to recover in the clinical vein of eating disorder treatment.

Society is still dazed and confused when it comes to understanding the world of the mentally ill. We still actively shun or become engorged with fear when we hear mentally ill, or know of someone with the dreaded illness. At times I feel as though we treat people like myself as the wandering dead inflected with the black plague; best to stay away. Yes, we talk about mental illness, we have advertising or promotional material from Health Canada floating around the atmosphere, but when it comes to understanding or actively taking notice, even caring, about such a monumental portion of Canadian life, we are lost or afraid. We actively encourage those who are afflicted to live in silence or secrecy, who shame or abolish them from “Normal” aspects of life because we are “Crazy” or “Unstable”, which is absolutely not the case whatsoever. In fact, it perhaps is quite the opposite. We who are mentally ill are brilliant, artistically passionate, creative, loving, and an array of interesting characters who each have a unique trait which should be coveted rather than discouraged. 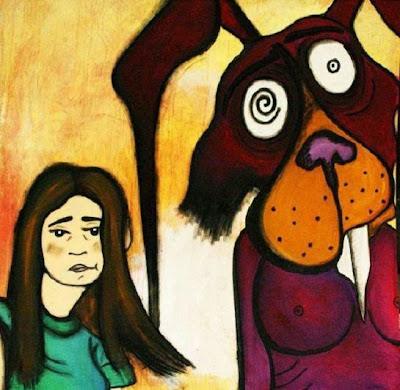 Sadly the majority of our culture will never know that as we continue to advocate living in fear rather than becoming engaged or proud to live with a mental illness or support someone you know who has been diagnosed. The medical community is just as lost when it comes to supporting those in the community, with many hospitals across the country actively hosting sessions for staff to learn through a variety of mentally ill volunteers how to interact with patients. It’s a discussion which often leaves me fuming because based on my own experiences trying to seek supportive direction or treatment from a doctor during my early years as a bulimic was nothing short of cruel. Ranging from “It’s a teenage phase,” to “But you’re beautiful as you are”, to “You will grow out of it,” or my personal favourite, “You just have to stop doing it to yourself”. It’s been clear for a very long time that eating disorders and mental health advocacy in Canada has been non-existent in both the medical community and society at large for many, many years. 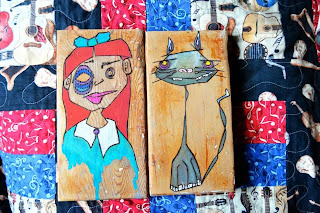 Only now are we beginning to really push forward with more knowledge and rights for those who are ill to be treated and considered as reputable members of society, not just “Crazy”. We are moving forward with the help or courageous members of the community willing to advocate and come forward with their own stories about living with mental illness, to push past the stigma, and educate the future. It’s imperative to be proud of who you are as an individual, ill or not. 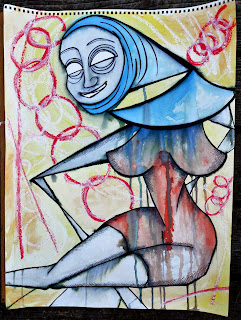 For myself I have no shame in declaring that I am a bulimic in transition, in showing my scars from episodes or self-mutilation, or stating that I have attempted suicide several times in my life; that I am mentally ill. Because making myself a visible reality to a country’s dark secret is the first step in engaging a conversation about the why’s, how’s, and what we can do as a country to understand, advocate, and help those who are mentally ill. 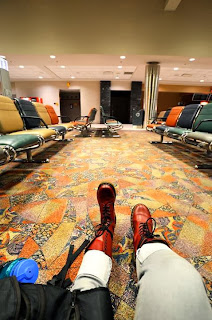 These days I am up to a bit of this, a bit of that. I have been trying to dive into the world of craft fairs with my work, but am thinking my style is a bit too “Out there” for those types of shows. Right now I am looking to have my work shown in some galleries around Halifax, or anywhere, really. Just a case of sitting down and reaching out with submissions, and such, during some of that free time.