Word from the Rock 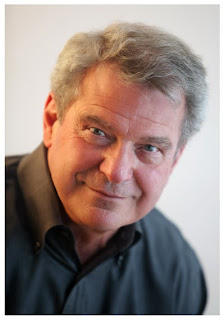 Newfoundland writer Bill Rowe has written seven critically acclaimed books, including Clapp’s Rock; The Temptation of Victor Galanti; Danny Williams: The War With Ottawa; Danny Williams, Please Come Back; Rosie O’Dell, and his latest effort, The Premiers Joey and Frank: Greed, Power, and Lust (Flanker Press). Recently we spoke with him about the new work and about his passion for his vocation.

What inspired you to write this book?
BR: The Premiers Joey and Frank: Greed, Power, and Lust is a non-fiction book comprising my memoirs from the period when I worked closely, with and against, Premier Joey Smallwood and Premier Frank Moores of Newfoundland and Labrador. The motivation and inspiration to write it were provided by those often bizarre experiences. 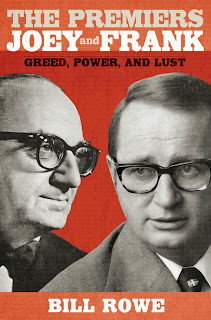 What was the most challenging aspect of the process?
BR: The book is not a work of history or historical research, but contains my personal memories of events and characters, supplemented by conversations with former colleagues and adversaries, and notes from my private files. The most challenging aspect was striving to remember everything important or interesting that happened, and making certain that the telling was frank and unbiased.

What was the most rewarding part of the experience?
BR: Most rewarding was the flood of full memories that came back to me, many of which were highly amusing, as well as traumatic and bizarre, plus the knowledge that I’ve recorded events and characteristics of the players that might otherwise be lost.

What did you learn during process?
BR: With this book, my seventh, I re-learned that writing is always hard and challenging, as well as extremely fulfilling.

What has the response to the work been like so far?
BR: The response has been gratifying, both in personal encounters with readers, and in sales. As I write this, the book is on the Globe & Mail bestsellers list for Canadian non-fiction.

What made you want to be a writer?
BR: Something innate and mysterious, and possibly self-destructive.

Are they the same reasons you do it today?
BR: Yes.

Is your creative process more one of inspiration or perspiration?
BR: If inspiration comes to me at all, it is probably a matter of pure, dumb luck. Geniuses may experience more of it than the rest of us. But for all of us, the hard work and the long hours - the perspiration – would be the keys to creativity and production.

In your estimation, what makes a good book?
BR: I can only tell if a book is any good by its impact on me, after years of wide, deep reading in many genres. Most of Shakespeare’s plays make a good book, and some get better and better with my passing years. It is the same with some of John Updike’s novels and Alice Monroe’s stories.

What are your thoughts on the current state of literature in Atlantic Canada?
BR: There seems to be a golden age of literature going on here, especially among my own gang, the Newfoundlanders.

What can we do better?
BR: Hard to say. What makes a golden age, or a silver age, or a wooden age of literature, or of creativity generally, in a place and time? What caused Periclean Athens, Augustan Rome, Medicean Florence, Elizabethan London? I don’t know. Perhaps the adjective in front of each city had something to do with it.

Do you have any advice for aspiring writers?
BR: Read wide and deep, and write long and hard. Make each sentence the best you can – never get lazy and whisper to yourself, “That’s good enough,” as we’re all tempted to do.

What's next on your creative agenda?
BR: A novel, and then another warts-and-all work of non-fiction on the next batch of interesting Premiers of Newfoundland and Labrador.