Taboo Theatre is accepting submissions for its annual Grang Guignol show. This year’s theme is envy. Chosen plays will be workshopped late spring-early summer and then final working drafts will be incorporated into the Festival of Fear later this year. Deadline for submissions is March 15, 2014.
https://www.facebook.com/events/590336104376101/
www.tabootheatre.wordpress.com

In honour of Alzheimer Awareness Month, every week in January, Christina Martin is releasing a song from her Remember Me: Songs and Stories Relating to Dementia series. Today (January 13) released “There Is A Light” plus an enlightening story by Sara Jewell: http://www.christinamartin.net/category/rememberme/

January 16-March 7: Rising Tide Theatre presents Revue ‘13
“It started in 1984 as a three-night show, a commentary on the events of the previous year and a way to give  Newfoundlanders a collective sense of who we are and how our great sense of humour keeps us sane. Now after almost thirty seasons, Revue continues to fill the province's Arts and Culture Centres and beyond.”
Arts and Culture Centres/venues in St. John’s, Carbonear, Clarenville, Marystown, Grand Falls-Windsor, Corner Brook, Stephenville, Bonavista, Trinity, Labrador West & Goose Bay.
https://artsandculturecentre.com/Online/
http://www.risingtidetheatre.com/

Nova Scotia
January 14: AFCOOP’s FILM 5 Trainee Info Session
“The FILM 5 Trainee program provides aspiring film crew with the opportunity to get valuable work experience on the set of a short film production. This information session will cover everything you need to know about becoming a FILM 5 Trainee.”
Location: 5663 Cornwallis St, Suite 101, Halifax
http://afcoop.ca/film-5-trainee-workshops/ 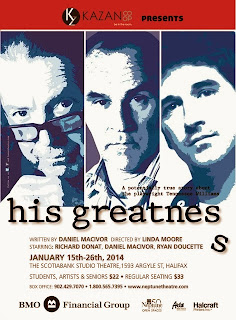 January 17: StART Festival preview event
“A new arts festival is set to launch at the Bus Stop Theatre in March 2014. Running from March 20th-23rd, the StART Festival will highlight brief original pieces by artists of a variety of disciplines who are currently enrolled at post secondary institutions in the HRM.”
The January 17th event (Bus Stop Theatre, Halifax, 8pm) will feature Gianna Lauren (musician), Mary Vingoe (director and playwright), Lisa Phinney (dancer), and more, will speak about how they got their start as artists and evolved in their careers.
All proceeds will support the StART Festival in March
http://howigotmystart.eventbrite.ca
www.facebook.com/stARTfestivalhalifax 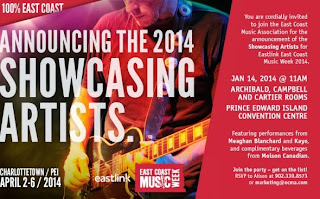 January 14: Open Mic at the Haviland Club, Charlottetown
Public Event (7-9pm) hosted by PEI’s Poet Laureate, Dianne Hicks Morrow
“Readers can sign up at 7 p.m. to read either poetry or prose, anywhere from three to seven minutes. The featured reader will be Beth E. Janzen, and will feature songs from the duo of Sundi and Daniel. Admission is free or by donation.”
http://havilandclub.com/events-2/

Special thanks to Chris Jackson for sharing about two great websites (Creative Spirits Photography & Veith Street Gallery) he manages and created with weebly.com.

Veith Street Gallery
http://veithstreetgallery.weebly.com
The purpose of the website is to promote the Gallery and its upcoming events/exhibits/programs as well as the art of the Creative Spirit East collective of artists, in its many forms. (The Veith Street Gallery Studio Association supports artists with disabilities and related challenges).

The Overcast
http://theovercast.ca
A new and exciting print and online publication (published and edited by Chad Pelley and his team) on Newfoundland arts, culture, lifestyles and more! “…The Overcast aims to be this voice, from coverage on local artists and entrepreneurs, to our growing food, retail, and academic culture. In addition to the ten sections of the monthly paper, TheOvercast.ca posts fresh and exclusive content on weekdays.”