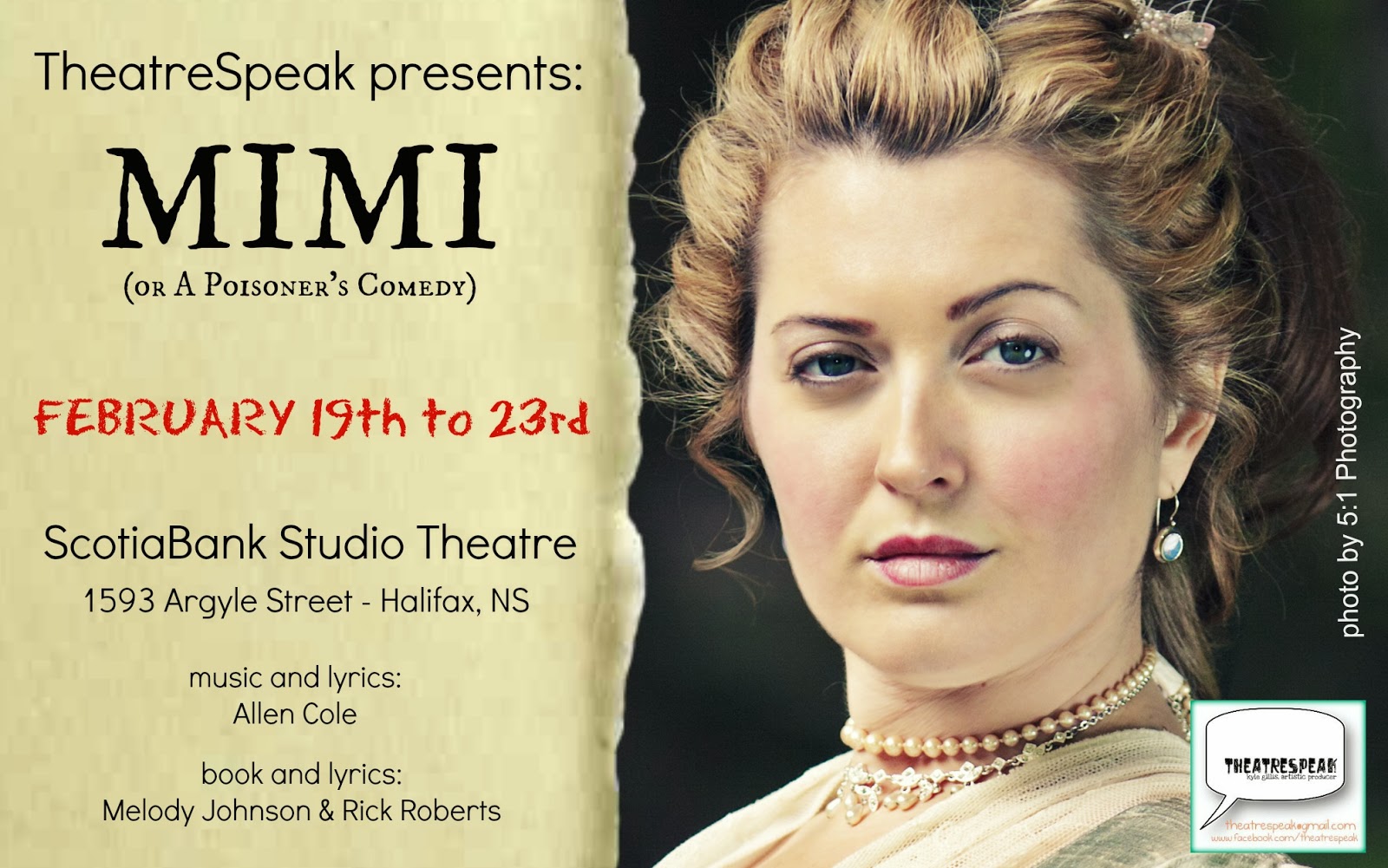 Theatre-goers in Halifax are in for a real treat over the next few days, as TheatreSpeak presents Mimi, Allen Cole's tongue-in-cheek musical farce based on the true story of France's most infamous serial killer - the tempestuous Marquise de Brinvilliers - at the Neptune Studio Theatre. Recently, show’s producer Kyle Gillis filled us in on what audiences can expect.

How long have you been involved in theatre, and in what capacity?
Professionally, I've been working in theatre for over 10 years, but I've been involved in theatre since a young age. Growing up in Antigonish, I started doing plays in school, then got heavily involved in community theatre, which provided me with a great foundation for when I headed out west to attend The Canadian College of Performing Arts in Victoria, BC. I've done everything from performing, to doing the technical sides of things, to creating theatre, to producing. You sort of have to be a jack of all trades in this business, wearing many different hats.

How did this particular production come about?
TheatreSpeak was awarded one of the “Open Spaces” spots, which gives independent theatre companies in Halifax free venue rental for a week at Neptune's Studio Theatre.
While we were work-shopping a musical revue of Allen Cole's music last summer at Chester Playhouse, Allen mentioned “MIMI” to me as a possibility for a show. As it has a smallish cast size, with great music, AND it's an original Canadian musical, it seemed like a great fit for TheatreSpeak.

What are the challenges of the role?
As a producer, there are many challenges to putting up a show. I find it's the “chicken and egg” analogy. What comes first? “Well I need to do this, to get this – but I need to do that, to get this”. So it's all about the planning and the timing. Add to that, being an actor in the show too can prove to be quite the juggling act. As an actor, the challenges for this particular production would be that there are a lot of quick costume changes and set changes so you are constantly on your toes the entire show. The goal is make all the backstage stuff run smoothly and quickly so that when you're on stage you can just focus on what you have to do as the character and not have to stress about what happens in between. Also, this show lends itself to a few different devices in the telling of it. Parts of the show tend to lean towards melodrama while other scenes want to be serious and tender. So it's finding the balance between playing the seriousness and the comedy of the piece.

What are the rewards?
Well, I started my theatre company, TheatreSpeak, because I wanted to create work for my peers and for myself. There are very limited opportunities for work here in Nova Scotia for professional musical theatre, but I'm hoping to be able to change that.
It's great hearing all the positive responses we've been receiving from people who have attended our shows. It assures me that we're doing good work and that it should be happening here more in Halifax and Atlantic Canada. It's also nice to be able to offer different options for people to see shows here in Halifax; a musical that you would not normally see in a bigger theatre. And to be able to offer affordable options to attend shows. 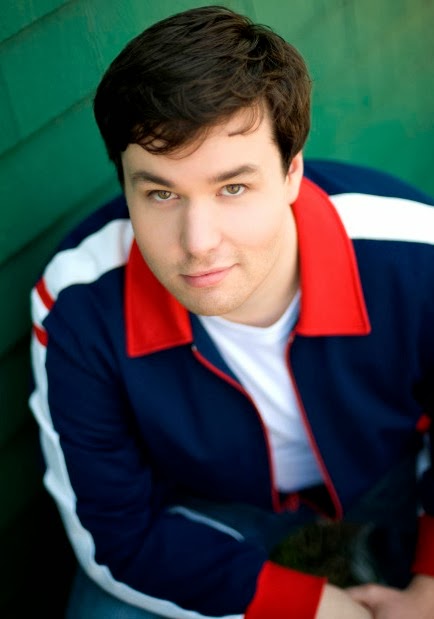 What can audiences expect during the run?
Audiences can expect to laugh, be entertained, and have a good time. This production is funny and sexy and also delivers some tender and vulnerable moments - definitely something for everyone. The cast is stellar, the music is wonderful, and the costumes and wigs are absolutely stunning. It's a show not to be missed!

What are your thoughts on the state of theatre in Halifax, and Atlantic Canada?
That is a really good question! I find that people who work in the arts are very good at going to shows and supporting their peers. What ends up happening though is that the same $20 dollars gets passed around. We need to find a way to get the 'general public' out to see more independent theatre. I find that the 'general public' tends to air on the side of caution when choosing how to spend their money on theatre. They want to know exactly what they're paying for, which can be detrimental to companies that want to premiere new works or works that don't have that title that everyone knows. And I don't think this issue pertains to just Atlantic Canada, I'm sure it happens anywhere.
Another issue is that there are limited spaces to produce theatre in Halifax, and ones that are affordable. Sadly, I think this issue seems to be getting worse, which has an effect on the quality of the work. Plus, it's tough to get people to come out to venues that they're not familiar with. However, there is some pretty good stuff happening in Halifax and it would be great if people got out to see it. Please support your local artists!

What's next on your own theatrical agenda?
Nothing is official yet, but it looks like I will be working on another Allen Cole musical, which I am very excited about. I am also trying to put together a solo cabaret show featuring songs written and/or sung by women. www.facebook.com/kylegillisartist