Ryan Van Horne stars as Noble Harmsworth in Theatre Arts Guild’s production of Douglas Bowie’s The Noble Pursuit, which begins tonight at the Pond Playhouse in Halifax. Recently we spoke with Van Horne about what audiences can expect during the run. 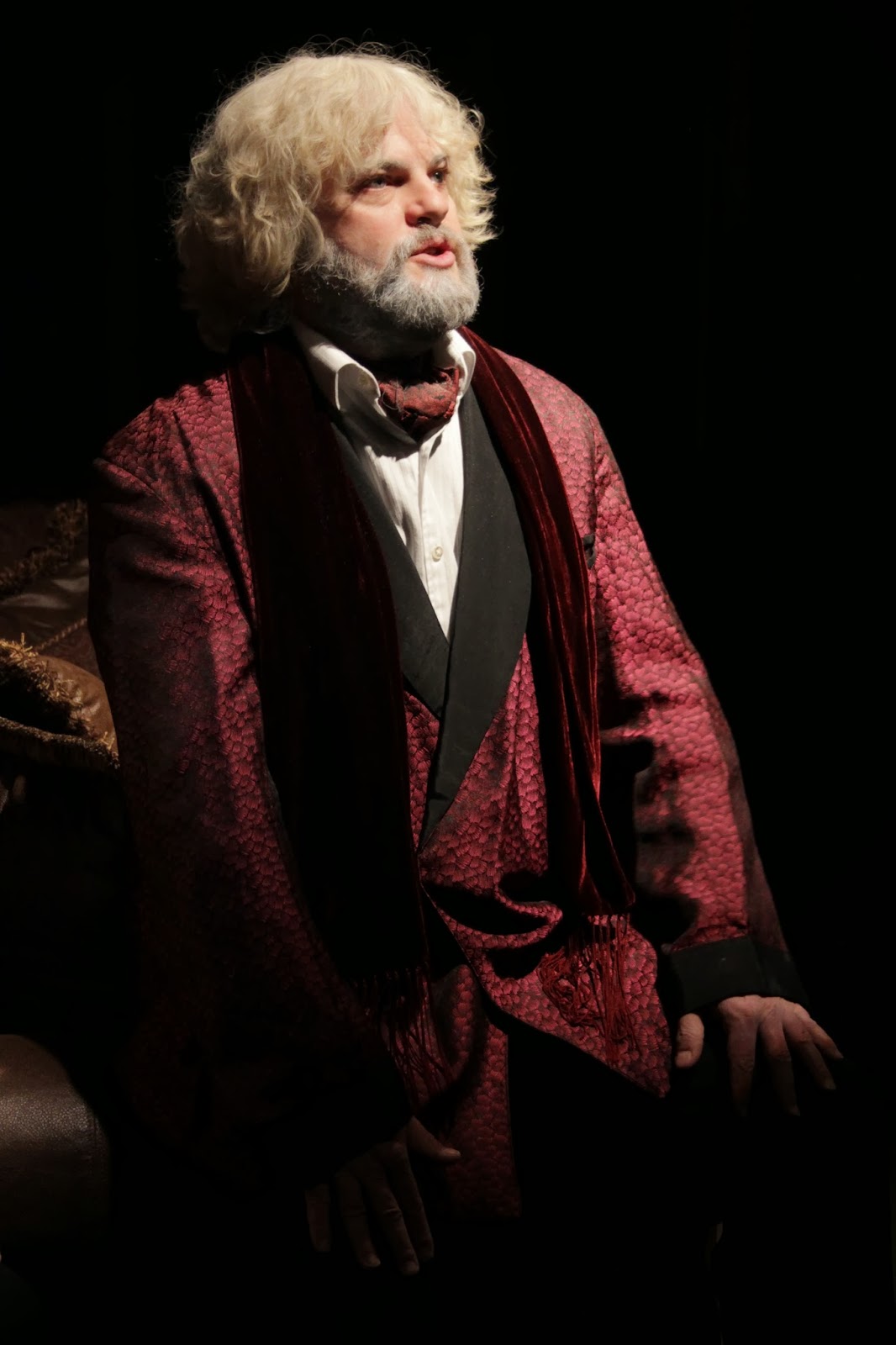 How long have you been involved in theatre, and in what capacity?
RVH: I got involved last January when I made a submission to Theatre Arts Guild's inaugural playwrights' festival. When it was accepted, I was ecstatic, but I had to turn my brief proposal into a play. It was a challenge, but I thoroughly enjoyed it. While watching the cast rehearse the play, I became enamoured with theatre. When I saw my first play performed on stage, I was hooked and knew I had to write another one.

How did you get involved with this particular production?
RVH: As a playwright, I wanted to explore the actor's role because I thought it would give me a better perspective on the challenges they face when memorizing lines and rehearsing. I've also harboured secret desires since university – but never acted on them. When I saw the notice for auditions for The Noble Pursuit, I thought the play was a good fit for me. I went to the auditions just for the experience and never thought for a moment that I would be cast in a role. I think being relaxed helped me perform better and I landed the part.

What are the challenges of the role?
RVH: I have to play a 70-year-old man with a full beard and flowing locks. I have to change my appearance quite a bit and my voice. Changing my voice momentarily is easy, but doing it all the time and using the same voice consistently is a challenge that requires tremendous concentration. Also, I have not been on stage since Grade 8, so this has been a huge learning experience for me. The veterans on the cast – Terry Coolen, Karen Shewbridge and Brad Morrison – as well as our director Frank MacLean, have been immensely helpful.

What are the rewards?
RVH: The camaraderie that I feel with my fellow cast members and crew is the biggest reward so far, but I'm looking forward to seeing the audience appreciate this play. The cast and crew have all worked very hard to bring this witty play to an Atlantic Canadian stage for the first time. It has also been a treat to embark on a thespian adventure with fellow newcomer Emily McQuillan – who will delight you in her role as Abigail Bliss.

What can audiences expect during the run?
RVH: Lots of laughs, sizzling repartee, and some thought-provoking satire…Douglas Bowie wrote a gem of a play. He skewers the pompous literary types while compelling you to think about integrity, fame, and the self-doubt that plagues many budding artists.

What are your thoughts on the state of theatre in Halifax, and Atlantic Canada?
RVH: I am overwhelmed by the rich theatre scene which I continue to explore. Every week, I discover a new company, playwright, or actor and I do not have enough time and money to go see all the plays I want to see. Working on this play proves to me that there is also incredible talent in our city – at the community and professional level.

What's next on your own theatrical agenda?
RVH: My first play, Department of Common Sense, is preparing for three productions this spring. I worked with a dramaturge, Bev Brett, to revise the play for the Cape Breton University Elizabeth Boardmore One-Act Play Festival (March 20-23). In preparation for that, we'll be doing a three-day run at Halifax's Bus Stop Theatre from March 14-16. Then, in May, we'll be taking the play to the Liverpool International Theatre Festival. I've also written the first draft of my second play, The Girl With the Golden Ear, which was read last fall at DaPoPo Theatre's Live-In. I'm hoping to do a little more research and take the wonderful feedback I received last fall to finish the play. 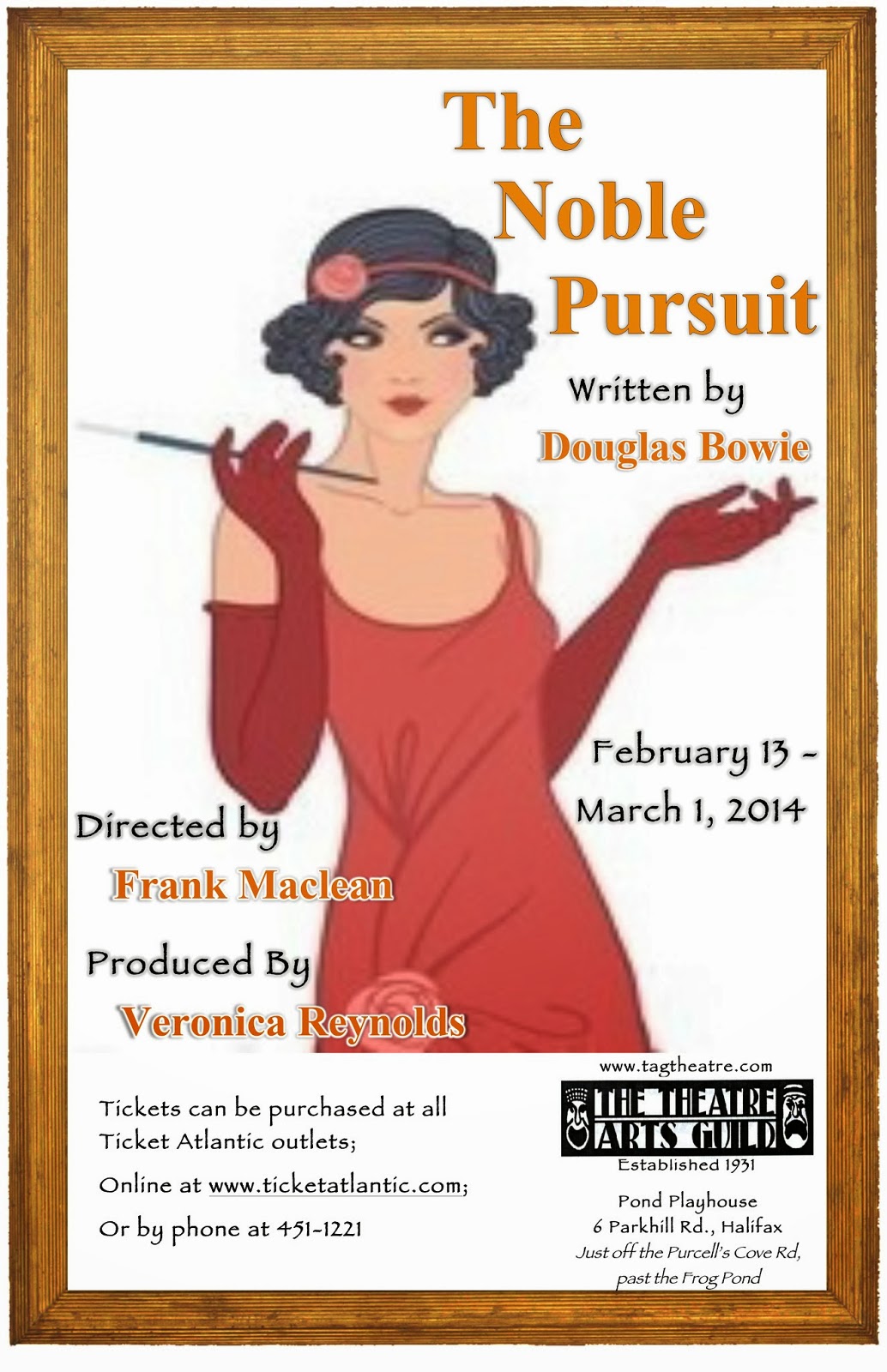