Scottish singer/songwriter Paul McKenna takes the stage at The Old Triangle in Charlottetown tonight and at the Carleton Music Bar & Grill in Halifax tomorrow night in support of his band’s latest release, Elements. Recently, Arts East spoke with the songsmith to discuss his past, present and future.

What are your own roots?
PM: I grew up in Glasgow, Scotland and come from an Irish background. My grandparents came from both Donegal and Mayo.

When and why did you start playing music?
PM: I began learning piano at around 7 or 8 years old then picked up the guitar a few years later. My father plays the guitar and there was always singing in the family so I was surrounded by music from an early age.

Are they the same reasons you do it today?
PM: I still love playing music and doubt that will ever change

How have you evolved as a composer and player since that time?
PM: I've had a few years to practice :) I listen to a much wider range of music these days and I am influenced by almost everything I hear.

How would you describe your sound today?
PM: That’s always a tough question. I suppose we want to sound as contemporary as we can but not stray too far away from our routes.  Each member adds their own unique style to the band and we want to draw as many listeners as we can.

What inspired Elements?
PM: We approached Elements in a slightly different way than we had with our first two albums. We knew exactly the sound we wanted to create and with the help of top quality engineers we think we managed to record our best album to date. 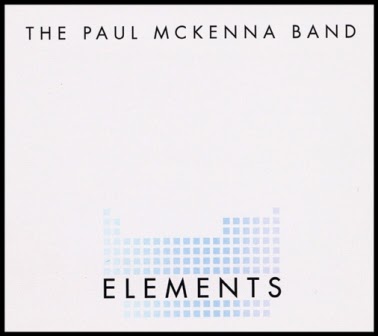 What were the challenges of putting it together?
PM: We chose to build our own recording studio so that we could create the most comfortable environment to select and arrange all the material we wanted to record.

What were the rewards?
PM: An album that we are extremely happy with that has received glowing reviews throughout the world. We were also happy to have established a contract with Compass records with this new album.

What has the response been like so far?
PM: We've toured the album both at home and abroad and received a very positive response from audiences as well as great reviews from some of the leading magazines and websites around today.

What makes a good song?
PM: Too difficult to answer; different songs can mean different things to different people, which is why we don't all listen to the same music.

Is your creative process more 'inspirational' or 'perspiration'?
PM: I think it’s different depending on what we are working on. Some songs/tunes just come together quite easily and quickly while others take more time with arranging, especially with original material.

What do have on tap for the rest of 2014?
PM: After we complete this North American tour we will head back home for a couple of shows before going on tour in Germany in May then back to NA in June and July. We are excited already!

What are your thoughts on the state of Celtic music today?
PM: I think Celtic/Folk music is becoming more and more popular by the day and that is something that we are all extremely grateful for.

Is enough being done to preserve and promote Celtic culture generally?
PM: In my experience I think there is. Bands from Scotland are supported by Creative Scotland and other funding bodies to make sure we can continue as musicians to promote our culture across the world.

What can we be doing better?
PM: There's always room for improvement and people working tirelessly to improve on what we already have.