Leona Ottenheimer’s whimsical paintings just had to be explored… 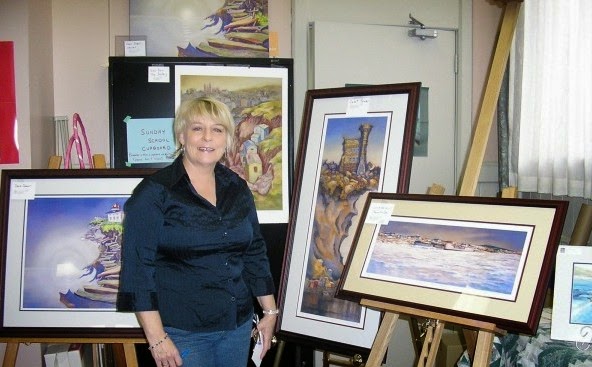 After high school, Ottenheimer completed Commercial Art studies at the College of Trades & Technology, followed by Graphic Design at Lawrence College and Visual Arts courses at the University of Windsor in Ontario.

Ottenheimer, who has a passion for painting and drawing landscapes as well as portraits (for which she does commissions), creates inside The Art Room,” her studio in St. John’s.

Just one of the ways her talent has been recognize, Ottenheimer has been awarded First Place in the Arts and Letters Competition (1997, sponsored by Government of Newfoundland and Labrador), the Highest Achievement Award (1992, Lawrence College) and the Ed Roche Best Artist Award (1990).
www.leonaottenheimer.com