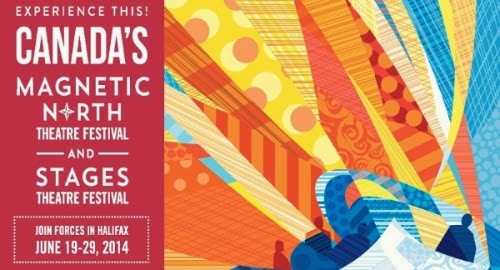 Magnetic North is Canada’s only national theatre festival, bringing Canadian stories to life on stage across the country. The annual event, which alternates between its home base in Ottawa and a new Canadian city every second year, promotes talented Canadian artists by showcasing the best touring theatre from across the country. This year’s festival takes place June 19 – 29 in Halifax. Recently we spoke with the event’s artistic director Brenda Leadlay about what audiences can expect.

When and why did you get involved with theatre?
My first taste of theatre was acting back in high school back in 1969 - so I have been in the business for over 40 years. I always wanted to do something with my life that was meaningful and I have always believed in the power of theatre to transform people.

When and why did you get involved with Magnetic North?
I first went to Magnetic North as a delegate in 2007 and never stopped going. In 2011 I was hired as the artistic director and moved from Vancouver to Ottawa.

What are your roles and responsibilities there?
Recently, my new title became artistic executive director so the buck stops with me on pretty much everything. I choose the shows that will be presented at the festival (that's the fun part as I travel around country seeing  theatre) but I'm also very involved in raising the money to make it happen each year.

What are the challenges of the gig?
The biggest challenge of the festival is that we move around to a different host city every other year so we're always starting over - we have to build new audiences, raise money in the host city and basically, reinvent ourselves. Until the festival starts to return to host cities where it's already been, we'll continue to have that challenge. I should say too that our transitory nature is also what makes us so unique as we are the only traveling festival in Canada - and possibly the world.

What are the rewards?
Strangely enough, the rewards are meeting this challenge - and bringing the national and international theatre community together to see some of the best contemporary Canadian theatre in the country. It's kind of like a big family reunion each year as we get to see each other and talk about the work. The goal is to get as much Canadian theatre touring the country and the world as possible. 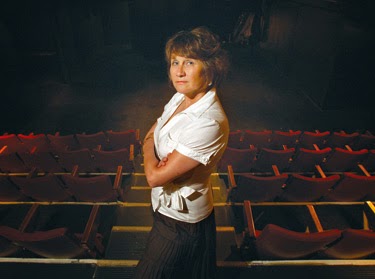 What is Magnetic North's mandate?
Our mandate is to tell Canadian stories and build bridges of understanding between diverse groups of people to create better communities in which to live. And, of course, to create touring opportunities for our country's theatre artists.

What can audiences in Halifax expect during the festival's run?
There is something for everyone but they can expect to see theatre that has already proven itself in front of an audience. The plays you will see are all winners - so you can expect to see some of the best theatre in the country.  you can also expect to see performances that are outside the norm of what people might think of as theatre. There are some shows that directly engage the audience through participation (like dance marathon or tale of a town). You can also catch plays in elevators.

What are your picks for 'must see' shows this year?
If you love musical theatre, you have the chance to see the next big thing from the west coast - Broken Sex Doll. But if you want intense compelling theatre, “Huff” or “When It Rains” are your best bets. However, let's now rule out Daniel MacIvor's newest offering "Who Killed Spalding Gray" or Denise Clarke's "Wag" - as she is riveting on stage. If you like Shakespeare - you should see “Lear” as you'll never see another King Lear like this one.  Sorry, they are all my favourites - that's why they're in the festival.

What are your thoughts on the state of theatre in Canada?
The theatre landscape is changing in Canada - its melding with other disciplines and becoming more interdisciplinary. But it's also becoming more authentic in that we're seeing people play themselves on stage. I think what's happening to the state of theatre in Canada is very exciting - as we are moving away from the idea that theatre only takes place in a dark room with an audience sitting passively in their seats.

What’s next on your creative agenda?
Figuring out where the festival will go in 2016 and whether I’ll ever be able to retire!