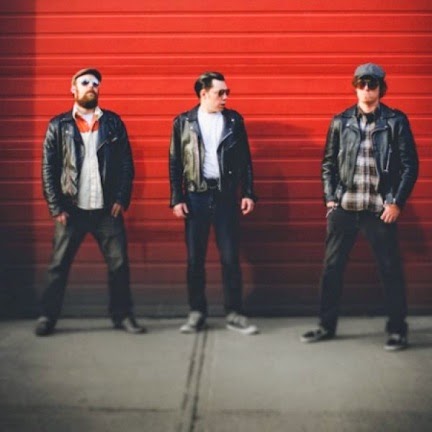 For the last decade, guitarist Chris Martin has been hard at work ensuring that the spirit of blues, swing and rockabilly is alive and well in eastern Canada. Since debuting as a solo artist in 2003, Martin has gone on to an illustrious career as a frontman, producer and record label owner. Recently we spoke with him about his career and his performance at tonight’s Halifax Jazz Festival.

What inspired you to take up music?
I grew up in a musical home. My mother did some touring in a folk trio before I came along, and my father is a recording engineer. Also- my uncle and several cousins are professional musicians, so it was a natural path for me to follow. I started doing it for fun and for my own satisfaction- so the fact that it has grown into something that others are paying attention to is a great bonus!

Are they the same reasons you do it today?
Now that I have been making music more seriously for about a  decade, it has developed into a bigger part of my life. It is something that I feel compelled to do, and it keeps me feeling normal! I love the relationships that music has allowed me to develop with other artists and industry people- as well as fans.

What are the challenges of the vocation?
There are unique challenges involved in making music- and most of them have something to do with the strange combination of art and business that is required in the industry. You simply can't function at any kind of level in the music biz without the ability to make these two elements work in harmony together. The musicians that say "I really wish that I could just focus all of my energy towards making music- I need somebody to take care of my business" are really missing out on the chance to push their career forward.

What are the rewards?
There is no feeling quite like hearing people talk about how much they appreciate your music. It is very rewarding to know that it makes that connection. I also love the process of identifying a weakness in my skill set- then working hard enough to turn it into a strength.

What have been some career highlights?
I just finished a promotional CD release tour of Ontario in June. It was my most ambitious tour to date, and it went really well. We are already working on a follow up. Also, my 2011 recording "A Whole 'Nother Thang" received "Blues Recording of the Year" nominations from both Music Nova Scotia and East Coast Music Association. That was a great feeling!

Why are festivals like this one so important for artists?
Events like Halifax Jazz Festival provide some of the strongest connections an artist can make with music lovers. The music is so accessible to so many people that are directly in the target market. The other part of it is the support that the festival provides for promotion. The reach that JazzEast has is apparent, and it has been a great relationship since booking my appearance for this year`s event.

What can audiences expect at your show this year?
Audiences can expect a high-energy performance on the late night stage when we appear alongside The 24th Street Wailers. Both groups walk that line between classic blues and 50`s rock n roll, so it will be a great combination. We will be playing a bunch of tunes from our latest release `Young Blood`(on Let`s Riot! Music).

What are your thoughts on the state of jazz in Canada today?
I feel like there are many talented musicians playing jazz and blues in Canada today... sometimes people think that they might not be out there since they might not hear much about them... but those that dig below the surface to find out what is really there are rewarded by some great music!

What’s next on your musical agenda?
We are working on more touring plans- this time we hope to make it all the way across Canada. I have an acoustic recording called `Friday 13th` that is almost finished, so that will be ready for release in late 2014 or early 2015 on Let`s Riot! Music.