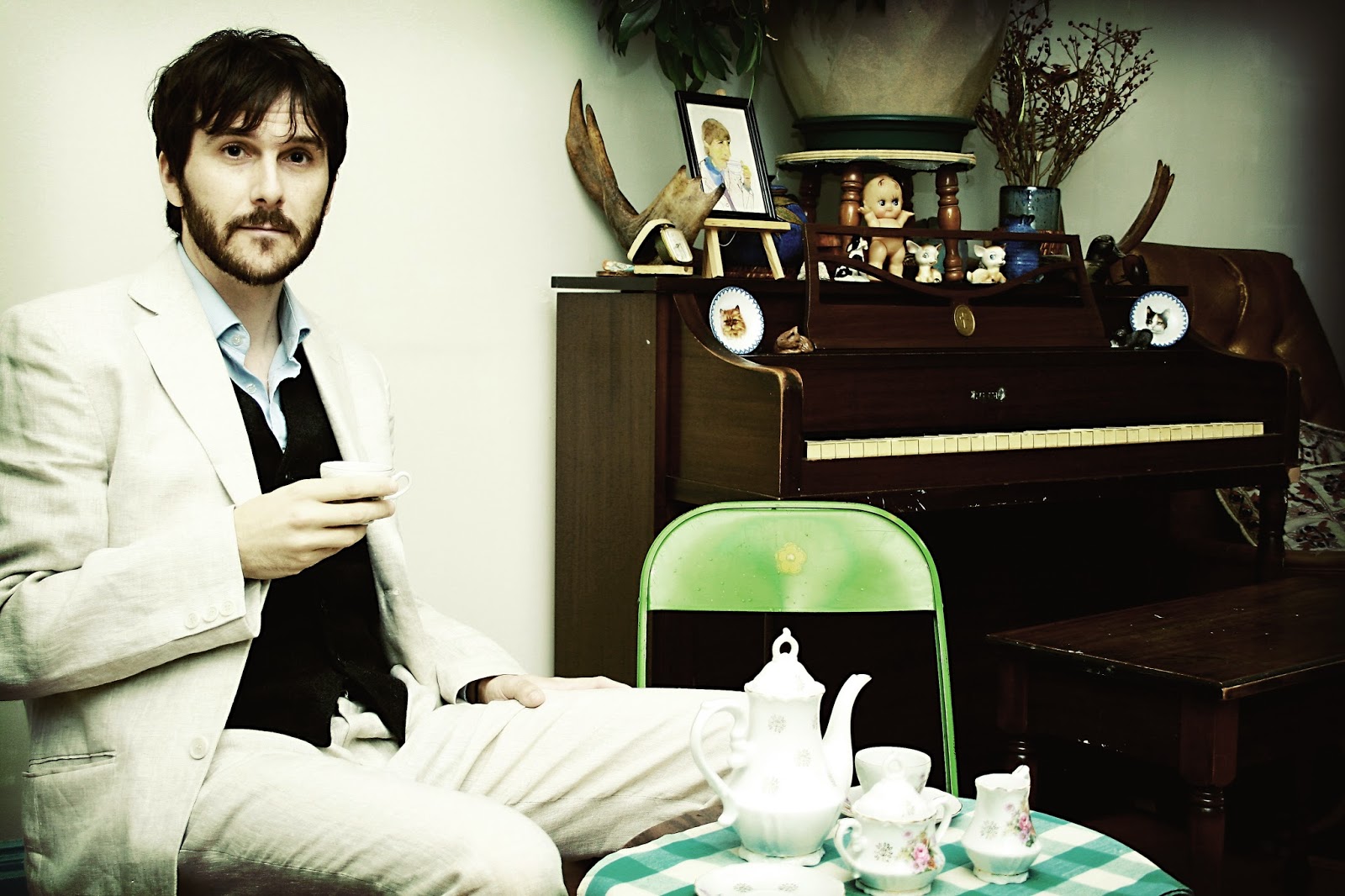 When The Heavy Blinkers take the stage at the Halifax Jazz Festival on Monday night, vocalist Jason Michael MacIsaac will be channelling the soul and spirit of Michael Nesmith and The Monkees.

What inspired you to take up music?
I grew up in a fairly musical household, and I was in piano lessons at a fairly young age, but if I’m being honest, I’d have to say that it was re-runs of The Monkees when I was grade 8 that piqued my interest in a career in music. I thought to myself: “Well, if THAT'S the music industry, I want in!!” It’s quite fitting that The Monkees was, at its heart, a show about a fictitious band that would later, in real life, go on to become a real band, as this is exactly what happened with The Heavy Blinkers.

Are they the same reasons you do it today?
I did travel to New York last year to see The Monkees live and I dressed up as Michael Nesmith for Halloween last year, so to a degree, I will have to say yes! Beyond that however, I do it because it’s a creative outlet that is very important to me and I love being part of a team of musicians who are all excellent and hilarious.

What are the challenges of the vocation?
Well, it certainly seems like it’s becoming harder and harder to monetize music in the 21st century. At the level of a band like The Heavy Blinkers, the ability for us to generate a living wage from music-derived proceeds alone is almost inconceivable. Having said that, we are beholden to no one, so if we want the next album to be two hours of instrumental dub music, we have that option! Of course, it would be great if we didn’t all have to work day jobs, but I have no regrets about where the Heavy Blinkers are, whatsoever. I am nothing but grateful. The future of the music industry is uncertain, but in the words of Gillian Welch: “Someone hit the big score. They figured it out. That we're gonna’ do it anyway, even if it doesn't pay.”

What are the rewards?
Having people care about our music when all of the world’s music is at their fingertips is an honour and a privilege. Making music with one’s friends and performing it front of people is also an honour and a privilege. Being afforded amazing opportunities like opening for St. Vincent or being mentioned in a Beach Boys book or playing Trafalgar Square on Canada Day is the kind of stuff that makes me giddy. I have nothing to complain about. The world of music has been very kind to my friends and me.

What have been some career highlights?
Recording with Norwegian superstar Sondre Lerche is right up there with them. Playing in London with The High Llamas (one of my favourite bands) was pretty amazing for me personally. Recently, getting our new album HEALTH out there to the people and then getting back such warm feedback from journalists and from our audience is definitely top ten for me.

Why are festivals like this one so important for artists?
I think the Halifax Jazzfest audience is one of the most open-minded and loving audiences that an artist can get up and play in front of.  Moreover, any festival that programs St. Vincent AND Allen Toussaint, clearly understands how diverse an audience Halifax really is. The Halifax Jazz Festival is about THE MUSIC and the programming is as eclectic and irreverent as the audience. The festival is going to put you in front of a record buying public who might not have ever seen you play live before and who are there to have a good time. They are there to support you and to be entertained. It’s pretty much the best. Also, I have noticed that there are freakishly clean porta-potties at the festival, which is not lost on me!

What can audiences expect at your show?
Well, people can expect us to be nervous, first and foremost. Also, because we make slow to medium paced dreamy pop music, we thought we’d better bring the drums this time around. I haven’t done a Heavy Blinkers show with drums for six or seven years, so I am especially excited.

What are your thoughts on the state of music in Canada today?
I think that the MUSIC coming out of Canada is as good - or better - than ever. However, as is true with most places, the industry is in a period of flux. To some degree I think we are all in a bit of a holding pattern, waiting for the other shoe to drop so to speak. That being said, no matter what the industry looks like moving forward, Canada is going to be at the forefront artistically. We have 5 months of hellish winter per month in which to nothing but watch Netflix and write and record music. We will always have an edge.

What's next on your musical agenda?
After the St. Vincent show (and shortly after I regain consciousness), I would like us to start demoing new material, as I would love a new Heavy Blinkers album to come out before the heat-death of the universe. So, demoing existing material and writing new material is probably going to be the main focus for the year. However, if any vineyard owners from the French Riveria are reading this, we’d be more than happy to play at your fine establishment at a moment’s notice.