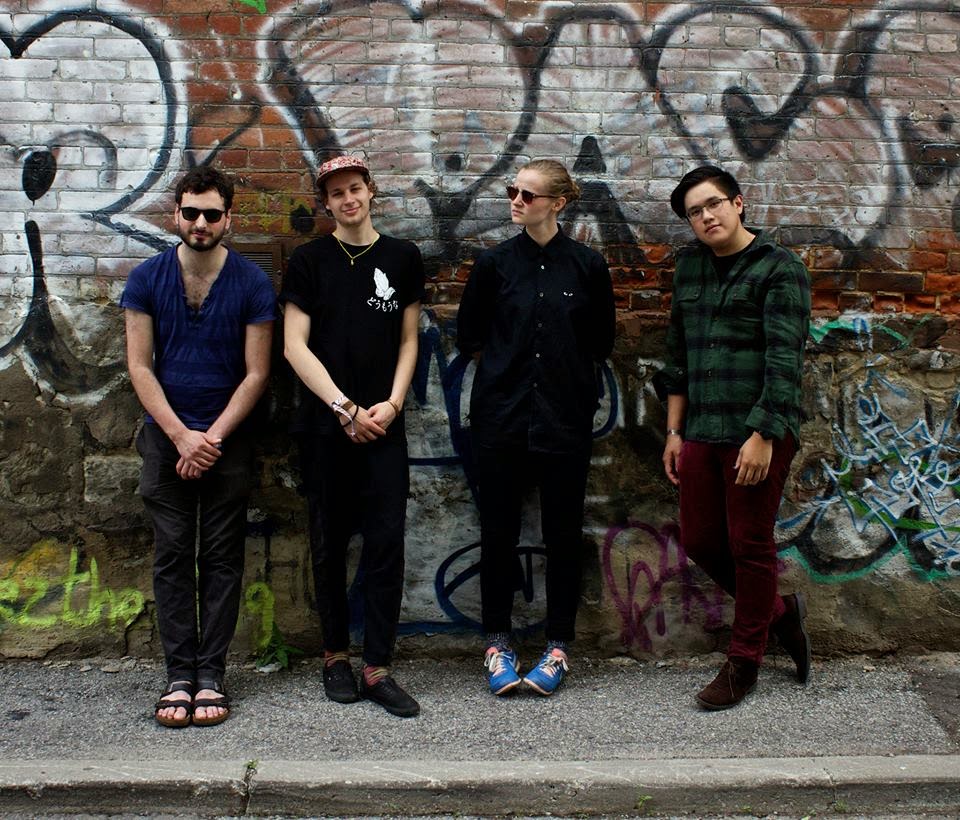 The ‘smooth-ass R’n’B’ of local vibesters The Wayo gets its groove-on at the Marquee Ballroom tonight as part of the Halifax Jazz Festival. Recently we caught up with the quartet’s Charlotte Day Wilson.

What inspired you to take up music?
Based on the conversations we’ve had about this, I think I can confidently say that we’ve all been obsessed with music for as long as we can remember. So pursuing it as a profession has kind of been a natural progression. As we started forming The WAYO, though, I think we were all kind of struck by the happiness that it brought us. We could be going through a rough relationship, failing school or whatever other hardships life brings but we could get together and create something that was untouchable.

Are they the same reasons you do it today?
Definitely. One of my favourite parts about being in a band is actually going on the road and listening to music in the car together. I mean the performance aspect is incredible as well but there is something special about sharing music with each other for 13 hours in a car. We show up in Montreal or Toronto or wherever we’re going with this communal understanding of where we’re at musically. And what ends up coming out on stage or in writing/ recording sessions has a context that we, and only we, share as a group. And again, it is an untouchable and somewhat unspeakable experience.

What are the challenges of the vocation?
It is admittedly hard making a band schedule work around four individuals with day jobs, school, relationships, families and different hometowns. But we make it work. Personally, one of my biggest challenges is being a woman in a male-dominated field. It’s easy to feel alienated when you’re the only woman at a sound check with three other bands and not one of them has a girl in the group. There are certain stereotypes and expectations that some people associate with women in the music industry and I feel personally responsible to put an end to that kind of an environment. Sometimes the weight of that responsibility can be tiring.

What have been some career highlights?
Opening for BADBADNOTGOOD at Halifax Pop Explosion was awesome. Opening for Robert Glasper at the TD Halifax Jazz Festival is going to be awesome. Also one time, Gray (bassist), said that there was someone standing at the front of the stage that would move their hips in perfect timing with his bass lines. That’s got to be a highlight.

Why are festivals like this one so important for artists?
It’s an incredible opportunity to play in front of a whole new audience who might not have found your music otherwise. It’s also really important as an artist to see as many shows as possible and the festival this year has an insane lineup. We just can’t wait to get out and see all the great music.

What can audiences expect at your show?
Audiences can expect to feel an unshakable need to groove, sway, move and feel. We call it Smooth Ass R&B for a reason.

What are your thoughts on the state of music in Canada today?
The Canadian music scene is huge. There are tons of great groups across this massive country and we’ve been lucky enough to see a handful of them so we know they’re out there.

What's next on your musical agenda?
We are in the recording process. We are also releasing a live session video of a cover of Spooky Black’s “Without U” in the next couple of weeks. After Halifax Jazz Festival and Evolve we’ll be reconvening in Toronto to spend a good chunk of time writing, recording and gigging.