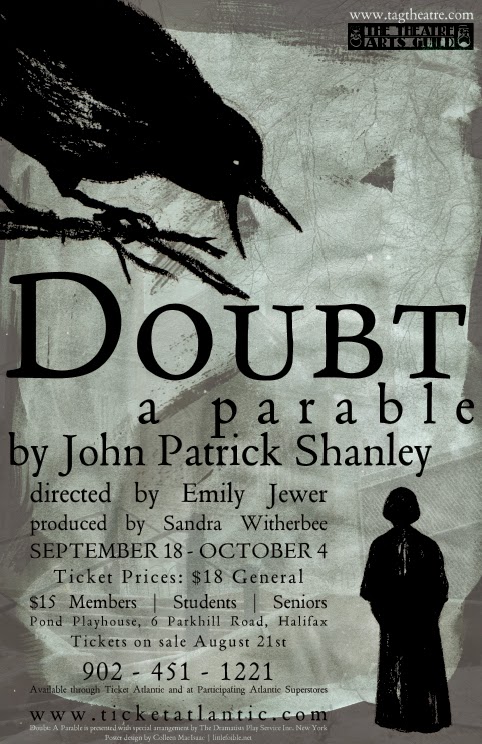 Halifax’s Theatre Arts Guild gets its 2014-2015 season into gear tonight with Doubt; A Parable, John Patrick Shanley’s compelling tale of a young priest in 1960’s New York City. Recently we spoke with the show’s director Emily Jewer about what audiences can expect during the run.

How long have you been involved in theatre, and in what capacity?
I’ve always been involved in theatre, in one way or another, as long as I can remember. My first play was in daycare, when I was maybe 4 years old, as a mermaid in Peter Pan. I totally rocked that sparkly tail! In high school I helped run the drama club and participated in workshops and classes as much as possible which continued into university at Mount Allison and working at Windsor Theatre and the local professional theatre Live Bait. I’ve done just about everything you can do, acting, costumes, stage management, set design, producing and now directing. I love how collaborative theatre is, you can’t create a show with only one person.

How did you get involved with this particular production?
I’ve been around TAG for a few years, first as an actor and then was asked to join the Board as newsletter editor and the Artistic Committee to help choose the shows. When the committee looked at Doubt as an option I knew had to be involved somehow so I put my name in for director.

What are the challenges in putting this work together?
For me it was simply being a first time director. I often knew where I wanted to go with something but didn’t know how to express it, or sometimes I actually didn’t know what to do next. Luckily I had a great cast and crew who were very patient with me and weren’t afraid to voice their own ideas that helped me through the tough spots.

What are the rewards?
Overall it’s been a wonderful learning experience. It was nice to be on the other side of the table for once and I think directing has given me a new perspective and respect of the process that I can use as an actor.

What can audiences expect during the run?
A tense, character driven drama that will leave you with questions and interesting discussion. We are also having a Q&A session each week during the run, where audiences can ask questions about the play and the theatre process to members of the cast and crew. September 18th, 27th and October 3rd are the dates. 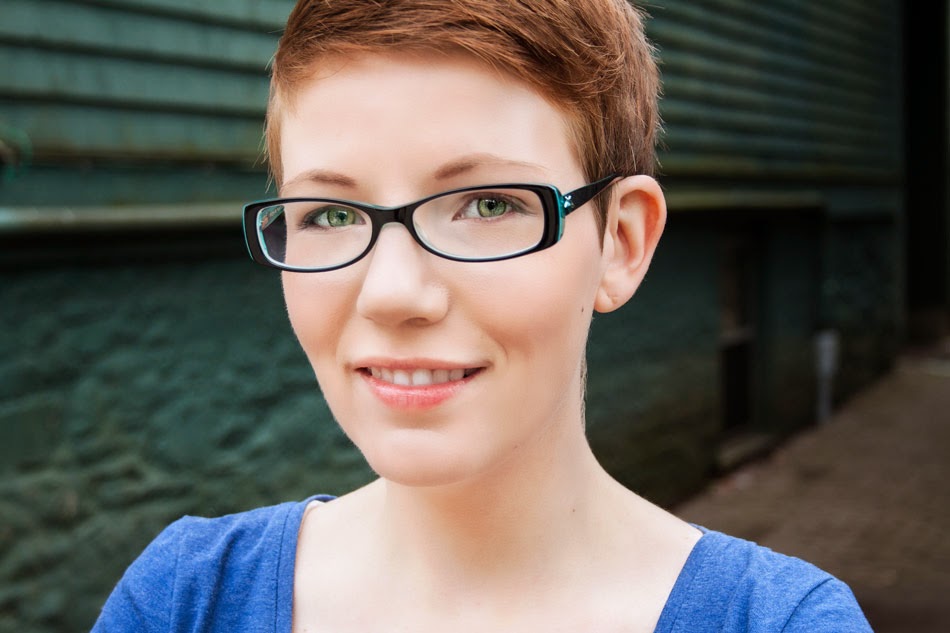 What are your thoughts on the state of theatre in Halifax, and Atlantic Canada?
I recently read the interview with Ann Doyle on Arts East and I think she says it quite well, there are more talented people than there are jobs, making it very difficult to make a living in theatre here. But not only do we need more jobs we also need more training opportunities. So much value is placed on training in our field but there are very few options for Atlantic Canadian artists that we lose a lot of our talent to other provinces that can provide the education they need to succeed in theatre. I would also love to see more continuing education in the form of workshops and classes for those theatre artists who do choose to stay here, so they can hone their skills. Halifax often has short spans of time where workshops are offered, such as during DaPoPo’s Live-In in October, but it would be nice to see these expand to year round opportunities to learn.

What's next on your own theatrical agenda?
Next I am working with Up the Hill Theatre Productions to write and put up a new version of our show Too Much Light Makes the Baby Go Blind (or 30 Plays in 60 minutes). Keep on the lookout for more info about that!