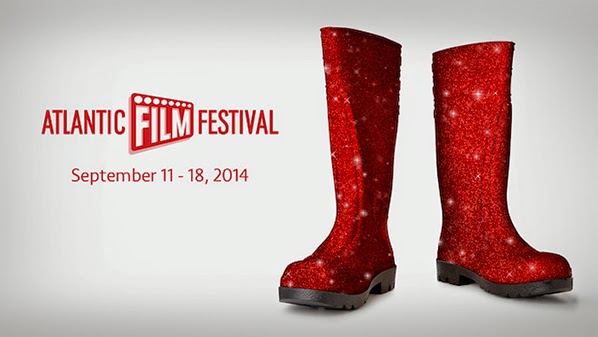 The Atlantic Film Festival is not strictly for film pros, critics or connoisseurs. It is for anyone who has a love, or at least a curiosity, for film.

The 34th Atlantic Film Festival (AFF) opens Thursday, September 11 and will present more than 200 films and special events over eight days across the Halifax region.

“I’ve landed my dream job because I’m absolutely obsessed with films and have been all my life,” shares AFF’s executive director and native New Brunswicker, Wayne Carter. “We’re very lucky that the Atlantic Film Festival is able to be the champion first and foremost of our regional film community and our industry and what it’s producing. Atlantic Canadians make a lot of content and interestingly enough, they make a lot of films about being Atlantic Canadian. They make no bones about the fact that they’re filmed here, and they’re very much about the experience about being here. That gives us a very interesting story to tell.”

Carter says in recent years the festival has increased its Atlantic Canadian programming. For the 34th AFF, not only will there be the annual Atlantic Gala—this year it features Andrea Dorfman’s new film Heartbeat, starring poet/songwriter Tanya Davis. There will also be an Atlantic Spotlight program.

“We have two other really high profile feature films that are getting a lot of notice and these are going to be world premieres,” says Carter describing the Atlantic Canadian films Relative Happiness, based on the book by Cape Breton author Lesley Crewe; and Danny, a documentary about the life of Newfoundland politician, Danny Williams.

“I’ve been fortunate enough to see both of these films and they’re really, really terrific,” shares Carter. “I think the Danny Williams documentary is really going to knock people off their feet. It’s got very interesting content about truly one of the more intriguing political figures of the Atlantic Canadian and certainly the Canadian scene from the last 25 years.”

“Then we get to partner these Atlantic Canadian films with the strongest films in the rest of the Canadian marketplace and of course complement them with high profile international films,” continues Carter. “We literally have films for just about any taste.”

With features and shorts, in multiple languages and of mutliple genres, from across Canada and from countries such as Argentina and Bhutan to Switzerland and the UK, there is plenty to choose from.

“We’re very excited about the opening gala because we’re anticipating some high profile guests, and just the fact that we’re going to the Rebecca Cohn, it’s pretty well the biggest soft seat theatre in the city,” beams Carter. “It certainly brings a level of glamour and importance to our opening night and brings a big audience in front of the film—we’re talking about 900 seats!”

Twenty-five year old film phenom Xavier Dolan will not only be featured at AFF as an actor in Elephant Song and Miraculum. He also directed, wrote and co-produced Mommy, which along with Jean-Luc Godard’s Adieu au langage, co-won the prestigious jury prize at Cannes earlier this year.“They’re probably considered the two most important French language films on the planet right now,” notes Carter, adding the two will be screened Saturday night as part of AFF’s Cinéma en Français S.V.P. program.

Just some of the other films at this year’s AFF include Maps to the Stars, David Cronenberg’s newest film; Red Army, a documentary about the Soviet Union hockey team during the Cold War; Love is Strange, starring  John Lithgow and Alfred Molina; and the 40th anniversary restoration of the original Texas Chainsaw Massacre. Carter says this could be the only time the revamped horror classic will be screened in Atlantic Canada.

“The film festival is about the experience,” says Carter as he describes a planned outdoor screening of the multi award-winning The Disappeared the Tuesday evening at Ferry Terminal Park in Dartmouth. “So it’s not only the film you’re seeing; it’s the people you’re seeing it with, the environment you’re seeing it in...So everything that we’re doing, we’re trying really hard to make a bit of an experience.” The AFF is also about facilitating opportunities for film and creative professionals. For the 17th time, the festival will be hosting Strategic Partners, a four day film co-production/financing market where “film people from other parts of the world are brought in to get excited about partnering up with Atlantic Canadian and Canadian filmmakers to make films here,” says Carter.

As well, AFF is partnering with Radio Starmaker Fund to host Festival Music House Atlantic where musical talents like Gord Downie, The Sadies, Ben Caplan, Mo Kenney and Jenn Grant will showcase their talent to industry professionals and pass holders on Saturday night at The Marquee.

Additionally, the festival will be featuring ViewFinders content, just one component of the programming for Atlantic Canadianyouth AFF offers throughout the year.

Carter and his team have been busy all year putting together the sights and sounds for the 34th Atlantic Film Festival. But their hard work is fuelled by their love for film.

“I think our programming team this year has really knocked it out of the park,” says Carter. “We have big Hollywood films, small independent films, edgy films, we’ve got certainly some really incredible international stuff that will be a little bit harder to see outside of the festival environment. We’re hoping that we can inspire ‘cinephiles’ from all over Atlantic Canada and beyond to come and spend eight days with us and see how many great films they can cram in!” ~ Story by Michelle Brunet