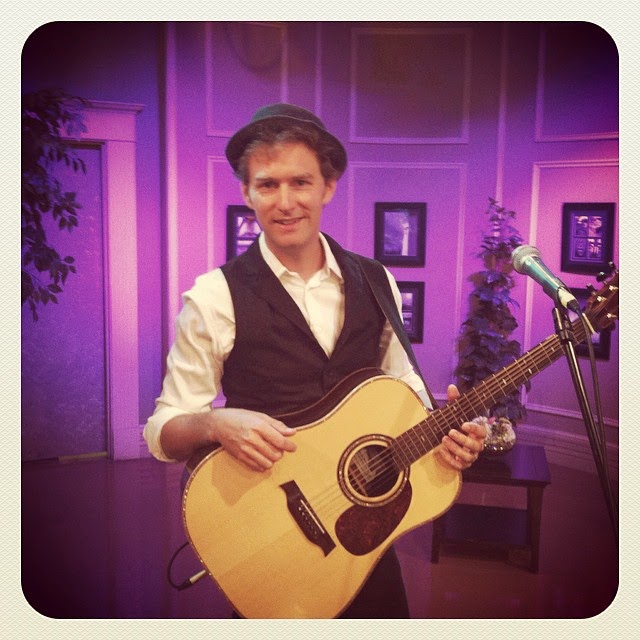 Musician, story teller and ‘constant creator,’ folk-popster Ian Sherwood has penned tunes for other artists, theatre, film and television. Here he opens up about his roots and his latest recording Everywhere To Go.

What are your own roots?
I'm a bit of a mutt. A little Welsh, German, Scott, Irish but mostly English. The name Sherwood comes from Kent.

When and why did you start playing music?
I suppose I've always played music in some way. I've always loved singing and have been doing it since I could make a sound. Instruments came later. My mom had an old Stella tenor guitar that she to play in nursing school. It was kicking around house while I was growing up and small hands could play easily. My dad's Fender dreadnought was a different story. Much harder to play and usually out of bounds! I picked up the saxophone in junior high to stay involved in music. Choir wasn't cool in my mind (oh, how wrong I was!!) and the ukulele my parents were making me play just wasn't cutting it anymore. Music has always been my constant. I've tried to do other things (actor, cartoonist, graphic designer) but I always come back to music.

Are they the same reasons you do it today?
Pretty much. I get a huge kick-back from playing. It's one of the most rewarding things I've found in life.

How have you evolved as a singer/songwriter since that time?
I think I'm able to focus my writing now. At first, I was just firing off anything and everything that came to my mind. Style and form were out the window. I would write a country song with a long monotonous bridge then a slow sixties ballad that was so specific to me I don't think anyone could ever relate to it. Now I have a better understanding of how to use music to convey the emotion I want to convey.

How would you describe your sound today?
Pop / folk. The songs are heartfelt and come from my experiences but crafted in a way that others can relate to. Personal narratives, timeless stories, modern music with familiar feels. 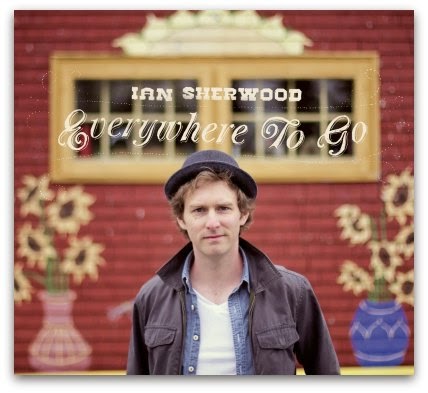 What inspired Everywhere To Go?
It came from my outsider side. I really wanted to tap into that part of all of us that dances to a different drum beat. I wanted to celebrate it because it's not only okay, but awesome.

What were the challenges involved with recording?
Not too many challenges, really. Rob Szabo, Tim Abraham and I worked really hard building up to the first day in the studio to make things move smoothly and they did. The biggest hiccup was me realising we needed another song to qualify for the JUNO awards! I had to fly back to Toronto and do a one day intensive recording session to get “Kiss Me Quick” recorded.

What were the rewards?
The rewards to that were getting another killer track on the record that we were all proud of.

What has the response been like so far?
Really good. The single is doing nicely and the record is getting great reviews. I suppose it'd be insincerely humble of me to say I'm shocked (we weren't trying to make a dud album!) but I'm really happy with how things have gone so far.

Is your creative process more 'inspirational' or 'perspirational'?
Good question. These days, a lot of sweat goes into the songs. Life is full and there isn't always time to write when the whim hits me. I have to devote time to it and be disciplined about getting it done. If I stick to a regime I find the quality improves as well as the quantity I produce!

What makes a good song?
That depends on who's writing it and what their reasons are for doing it. If you're after the pie in the sky and want a “hit” I think you have to have a few of hooks in there (vocal, lyrical and instrumental) and it has to speak to the masses. It has to be instantly relatable and executed in a way that is both new, creative and familiar sounding. On the other hand, if you just want to sit on the porch and play for the wind (no shame in that!) then use your “truthometre”. If you can raise the hair on your forearm, you're on the right track.

What are your thoughts on the current state of Atlantic Canada's music scene?
We're in amazing shape right now. There are so many songwriters, bands and musicians on par with the rest of the world. It's an exciting time to be involved in this scene. Of course, we could always use a few more venues to play and a few more fans coming out (Netflix is a tough competitor).

What's on your musical agenda for the rest of 2014 and going into 2015?
I'll be heading to the UK for October. After that it's back here for some more touring around the east coast. I'll be in Nova Scotia, New Brunswick and Prince Edward Island. After the new year I'm out to Alberta, Ontario and back to the UK.