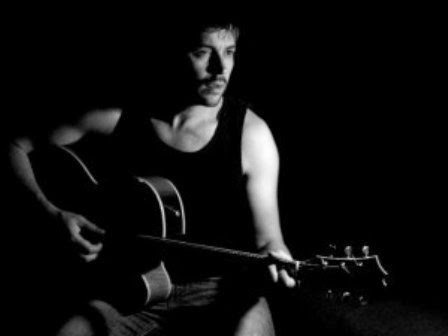 Music-Chameleon Keith Mullins has been playing music all his life. Raised in Cape Breton, NS, Keith is a multiple award winning songwriter with a degree in classical music and has studied with master drummers in West Africa and Cuba. Recently we spoke with him about his latest release, Island Sol.Cuba.

What are your own roots?
I think have an Irish/French background, but I consider myself a Cape Bretoner.  I grew up getting together with a wonderful big family, eating scoffs, telling stories, playing Tarabish and playing tunes all night long.

When and why did you start playing music?
I remember sitting at the piano for long periods of time at a very early age.  I was always interested in music and spent a lot of time with instruments on my own. From figuring out Twinkle Twinkle and Mary had a Little Lamb at the age of 5 to where I am today.  I don't really know why, I just love it and it comes naturally to me.

Are they the same reasons you do it today?
At the most basic level, most definitely.  There are other reasons why I do it like paying the bills and feeding my family, but I have always been passionate about honing my craft and sharing it with others.

How have you evolved as a singer/songwriter since that time?
Holy Cow yes!  And still evolving, constantly.  I was at a Del Barber show last night, I hung on his every word and learned a tonne.  For me, songwriting is about connecting with an audience.  I don't try to make things fancy with words that people don't understand.  I learned that fairly early in my songwriting.  And I love to co-write.  My co-written songs are my favorite ones to play, they bring in a little more mystery to the song for me, and I love that, it keeps things fresh.

How would you describe your sound today?
I have dedicated my life to music and I'm all about learning from what  people/cultures have to offer.  As a drummer, I was willingly forced to learn many different styles of music so I could get lots of work. Backing Rock, Funk, Jazz, Latin, Jam bands, Cape Breton fiddlers.....and so many more has had a huge influence on me.  This album is my Cape Breton story telling songwriting roots, paired with songs written specifically for Cubans to play on.  It is a culmination of all the work I've done over about a 20 year period.

What inspired Island Sol?
Previous to writing the song, I had just moved back home to CB.  We bought a house on the world famous Cabot Trail in a fantastic community.  I'm telling you, we got more frigging cookies and fresh baked buns then you can shake a stick at.  I was asking around about wood and 2 cords just showed up in my back yard, they still to this day won't tell me who did that!  There's a resourcefulness that has to happen with Island people, because we're a little more cut off.  There's something so special about the kind of mentality that is a result of it's isolation and I feel very lucky to raise my children in that kind of environment with my amazing and beautiful wife Jody. For me, Island Sol the song was first inspired by the people in Cape Breton. The realization that it happens on many Islands like PEI and Cuba was what solidified the approach that Lennie and I would take on the song.  In regards to the album, I started learning specifically about Cuban music in my teenage years, it was a great way to learn how to play drums.  I grew up learning from other styles/cultures then making it my own.  I lived there for four months studying ten years ago and have toured with various Cuban musicians since(as a drummer).  The music, the culture, the story telling, the jokes, the resourcefulness and the willingness to help is very strong in Cuba.  I had a passion for Cuban music only to come full circle and realize the reason why I connected with it so much; because it reminded me of home. 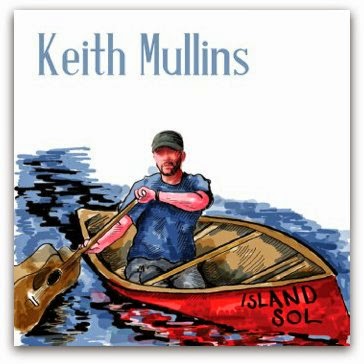 What were the challenges involved with recording?
I had the idea for Island Sol a couple of years ago.  I started off by paying for grant writers to assist me and was denied quite a few times until I saved enough money to make it happen.  I started with a paypal pre-order campaign from my website and had well over 100 orders, I couldn't have done it without them for sure. Then Music Nova Scotia saved me with a marketing great that I'm eternally grateful for.  I also need to thank Bell Aliant, Jimmie Inch, Ian McInnis, and Chris Kirby for believing in me and this project.   They made the documentary happen as well, which we'll be releasing TBA. Contacting Jimmie Inch and pitching Bell Aliant on helping with the project was a huge jump start into the making of this album. There were quite a few issues while travelling and recording in Cuba, you'll have to watch the documentary to see that, I don't want to post any spoilers, haha!

What were the rewards?
The reward is this piece of art that we've created. Beautiful sounds and amazing video that document what we were crazy enough to put all our efforts into and pull off unscathed.   This is the best I've got so far, but there's certainly more to come.

What has the response been like so far?
It's early to say, but it seems as though people are interested in the project when I talk about it.  This project is something different than everybody else is doing, that's for sure.  I like my music to be accessible, but I'm not trying too hard to please anybody and I'm not trying to make millions of dollars by formulaic writing.  I'm just trying to challenge myself. But who knows, maybe I'll write the next one for radio.

Is your creative process more 'inspirational' or 'perspirational'?
I'd say I write faster than most people.  I push pretty hard and I talk through writer's block. If we have a great idea or title, the song usually writes itself and it's done within an hour or two, minus a few touch-ups. That way I can be done the session and move on to the next writing session.  I despise leaving a songwriting session with an unfinished song.

What makes a good song?
Something that connects with the listener.  In my mind, the more it connects, the better the song.

What are your thoughts on the current state of Atlantic Canada's music scene?
The music scene in general is changing so rapidly. I was a gigging drummer when artists sold 10x the amount of CDs they do today.  There are so fewer record deals these days as well. But.... there are house concerts, cooler venues popping up, social media, YouTube, grass roots tours and grass roots publicity.  If an artist is hungry enough, he/she has all the tools to be successful independently. That kind of thinking and industry leads to artists like Matt Andersen who can slay a room of thousands, by himself. I'm extremely proud of our music community here in Atlantic Canada. We have a small population, but we are certainly musically mighty!

What's on your musical agenda for the rest of 2014 and going into 2015?
I'll just keep working and doing what I've always been doing, music. Touring, gigging, writing, recording. I've got some irons in the fire, but I don't want to let them out there just yet. And if people don't notice or don't appreciate what I'm doing, it'll never stop me. This is my career, my passion, and I'm setup. This is how I pay for our bills and feed my family.  I will always be playing music, I've spent a long time developing this career.  Between writing, recording, performing and the things it takes to make those things happen, I'm constantly working.  I wouldn't have  it any other way.