Neptune Theatre in Halifax celebrates the holiday season with A Christmas Story - the classic tale of 10-year-old Ralphie Parker and his quest to get a genuine BB gun for Christmas, and featuring all of the elements from the beloved film including a pink bunny suit, a triple-dog-dare to lick a frozen pole and the infamous leg lamp. Recently we spoke with one of the production’s lead actors Jamie Williams about what audiences can expect.

What are your own roots?
I grew up in a small town in Southern Ontario about an hour east of Toronto called Cobourg. My family goes back many Generations in both Quebec and the Maritimes.

When and why did you first become interested in theatre?
From an early age I put on skits for friends and family with my cousins. I was always involved in School plays and later on became involved in Community Theatre. Imagination was a big part of playing as a kid and was definitely fueled by books. I read a lot. I loved the idea of playing some of the characters I read about on stage.

Are they the same reasons that you continue to be involved today?
Essentially, I suppose. It excites me to explore what it is to be human, the human condition. Whether it is someone stuck in an absurd ridiculous situation or trapped in the mire of tragedy.

How did you get involved with this production?
Through the normal process of auditioning, though when I found out that George Pothitos was producing the show I did write him directly to express my interest in the role of the Old Man. I love this movie and play.

What are the challenges of the role?
The biggest challenge has been treading the fine line between the clown stereo type and the truth of the character. He looks larger than life in the narrator's memory but he has to ring true.

What are the rewards?
Laughter obviously. Let's hope the audience obliges. 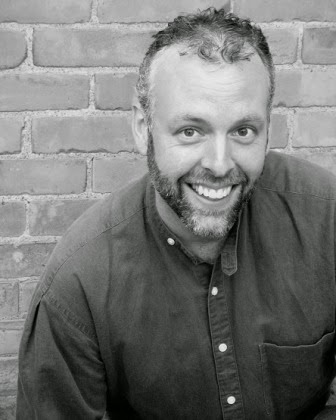 What can audiences expect to experience during the run?
What it was to be a kid at that time - more than that though; the innocence of childhood; what it is to dream and the excitement of anticipation; the love of Family; and, of course the magic of Christmas.

What are your thoughts on the current state of theatre in Atlantic Canada?
From what I can tell there seems to be a vibrant theatre scene here. I've heard about auditions for 2 Planks and a Passion's MacBeth, a fundraiser for 2b Theatre, Kazan Theatre's and Doppler Effect's recent Productions in the new space The Waiting Room. Sounds like there's lots on the go here.

What can we be doing better?
I haven't been here long enough to comment. It's important that the community supports itself on top of building audience base - and to continue to push the envelope without the fear of failing. Simply, to keep theatre going we just have to keep doing it.

What's next on your creative agenda?
I head out west immediately following this show to play Bernard Nightingalein Arcadia at the Citadel Theatre in Edmonton.