Catching Up with Laura Smith 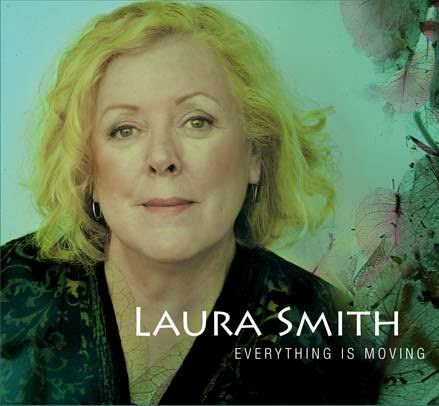 Laura Smith is a singer and songwriter who is no stranger to success.  In fact, since the release of her 1994 album B’tween the Earth and My Soul she’s won an ECMA, a Gemini, and had a Juno nomination.  It is no surprise, given the fact that her haunting and lamenting vocals captivates an unsuspecting audience and takes them on an emotional journey that leaves everyone breathless and asking for more. Recently, I caught up with her after her performance at the Harmony House in Hunter River, PEI.

Congratulations on your return to the stage. Could you share with me and our readers what it felt like to perform for the very first time after such a long hiatus?
LS: Thanks, you’re so kind...It’s so great to be back at it, but you know, I didn’t really leave. Although I didn’t put an album out in 16 years and as bad as I was, I still managed to perform. I’d throw my guitar over my shoulder and head out to the open-mics and anywhere else I was asked to play…I love the stage. I was born to be on the stage, so this is just so great to be back at it.

Since the release of Everything Is Moving, what has the response been like from your loyal fans and for that matter, the public in general?
LS: I still have the continued support of my fans and I got some wonderful reviews and a couple of “Record of the Year” [mentions] with radio stations. College radio and stuff, which is very good. I'm completely thrilled.

Your music crosses such a number of different genres, some Celtic, folk, and traditional old songs that you’ve revived. Can you tell us about your musical influences?
LS: I was talking to Don Brownrigg who opened the show tonight and he's a huge Nick Drake fan. I discovered Nick Drake in the early 70s from a friend who was in charge of the import section at Sam the Record Man in Ontario.  And, he was bringing in all kinds of great stuff. So Nick Drake, but in terms of my stage show now, there’s just so many people that got me here. You know I think back to my brother's record collection: Leonard Cohen, Joni Mitchell, Joan Baez, Bob Dylan, Simon and Garfunkel, Murray McLauchlan...oh my gosh....Yeah Bruce Cockburn was in the little club I started out at… David Wiffen, Colin Peterson, Nancy Simons ...Victor Garber taught me the first a capella song I ever learned. He didn't teach it to me directly, but he sang it and I was so gobsmacked by it I had to go out and learn it. That was Golden Apples of the Sun.

As I was listening to you talk about where you get your ideas for your songs...to me the ideas almost sound like they come to you like an apparition. Could you walk us through the creative process?
LS:  [gives a hearty laugh] Well, there definitely is an element of other-worldliness. I think to the creative process, one must tap into the invisible.  You know composing is not driving. It's connecting to …what was the word you used?

I said...like it's like an apparition.
LS: Yeah there certainly is an element of…it can be very surprising as the imagery comes. And, as you start to formulate your ideas; and, I learned very early on, and I've talked about it my whole career, that you can't edit this. You mustn't edit it. You must stay out of your own way completely and let it come... For years I didn't write anything down. I don't write down the lyrics as they come. I just sing them. I put them right into the song.  And, it was only a good friend of mine who was so freaked out that I didn't write them down and he started archiving my work, and making sure it was at least on a page somewhere. Now I tend to write things down a little bit more. But yeah. I hear ya. I know what you’re talking about [laughs]. And I have a wonderful record company and I think they'd like another record. So, that’ll be a conversation we’ll need to have later.

Is there one in the future?
LS: Well, no I'm not working on one, but they would like one, so that's a conversation we'd have to have. I have some ideas. But, I never thought I'd put out this last one. The fact that it even exists is a miracle; so, if I can do it once in sixteen years, maybe I can do it twice in seventeen? [laughs]
I don't do anything alone, ya know.  There are people that I confide in and help me, who I share the vision with and who help me... because I can’t produce a record on my own. I don't have the energy or the smarts for that, and then finding the funding... Jumping through all those hoops and getting it done. As we age, it's hard not to get a little nervous. Just how it is all going to play out, but I feel pretty good.  I'm so proud of this recording. I feel so fortunate to have been able to find the wonderful people to help me make that record. I feel that it bodes well for the future and that it could happen at all, given the shape that I was in…So, I just think, you know, onwards and upwards is all I really can think about.

Since your last album in 1997, we saw the advent of social media; how has it impacted your career?
LS: To be quite honest, social media hasn’t really had any impact; and because of it, I don’t know if I’ll even have a job next year. Just for the fact that I am not interested in having a presence on YouTube or a Twitter account. I’m not a techie person. However, my record company is always after me to get a presence. All I rely on is Facebook and a webpage, so fans can see where I’m performing next, and that’s the extent of it.

If someone came to you and they were thinking about following a similar path getting into the music industry, what kind of advice would you give them?
LS: The trouble of actually entering into the music industry, I'd tell them not to bother.  One can think in those terms. If you are a writer or you're a composer you know it. You either are or you aren't—you’ve just got to do the work.  You’ve got to do the work and make time for it. Make time to do the work and love it with all your heart and do the very best you can...I sang every open mic night, and I went everywhere they would let me play and hone my craft. I mean you’ve just got to do it ‘cause the industry is not [long pause] your friend. It's the work that is your friend.

The people you meet who share your vision of music are your friends. The industry…I don't even think it's worth thinking about. If you find yourself with people who have a role in that world, who you trust and who want to help you get a leg up,  great, but art does not exist for an industry. Art came first. The industry has tried to usurp art and sometimes it's done a good job of it and sometimes it hasn't.

I mean if you want to get into the music business, study accounting, or become a lawyer or whatever…I'm in the business of music. I have to make decisions everyday about, you know, what I'm going to pay my accompanist, what I have to pay for gas…I have to do all kinds of things. I have to deal with an accountant. I deal with a banker. There are all kinds of decisions I have to make every day about the business of getting to work. But, they have nothing to do with me making songs....or becoming the artist I am today. I mean, if I can continue to make songs that make me happy and that I don't work, someone will hear them. Someone will say, "Wow, Laura. Wow, what a great song!”

If someone asked you, what does the future hold for Laura Smith, what would you tell them?
LS: To be healthy, hone my craft, and have another album out, play as long as I can, and to continue to play at places like The Woods Festival.

Where was that at?
LS:  The Woods Music and Dance camp. For the first year this year it was up at a place called Bark Lake which is near Haliburton, Ontario.

Oh, yeah…
LS: For 25 years I think it was on Lake Rosseau, but it's a brilliant camp with brilliant teachers and I was very grateful to be a part of it.

Excellent
LS: Anyway, I think I should go.  I think we're keeping these people...

Thank you very much once again. I appreciate it.
LS: Thank you

Roger Douglas Bursey is a musician, writer and a Newfoundlander currently living in Prince Edward Island. He looks forward to taking Laura Smith up on her offer of bodhrán lessons next time she’s on the Island.