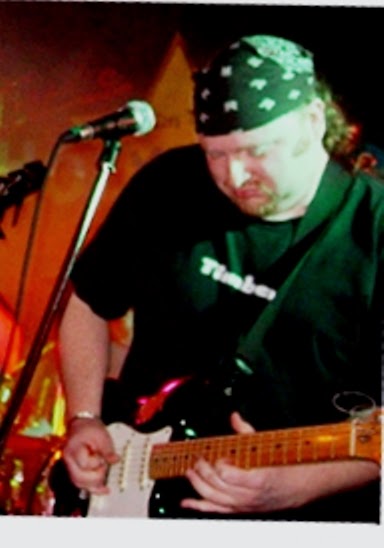 Andrew Pike, known on stage and his albums as PIKE, has been a prolific musician and music appreciator his entire life. Today, as he recovers from brain surgery, he is perhaps more passionate than ever.

Growing up in Mount Pearl, Newfoundland, with creative parents—his father was a poet and teacher, his mother a pianist-composer—Pike fondly remembers “leaning over the couch” at his childhood home, listening to an eclectic soundtrack, ranging from Cat Stevens to Beethoven.

The guitarist and singer, guitar teacher and former bassist for the Greek band The Forgotten Bouzouki, may be classified as a rock artist. But his three released albums Souvenirs, Strength and Forever Run, showcasing his original songs, reflect a myriad of styles.

From the gypsy undertones of “Convicts in the Sky”, the eye-opening “The Haves and The Have Nots,” and the sublime “Some Angels Have No Wings,” to the rock opera-esque “Music Thankfully Heard,” the addictive “Sing A Little Song,” and one you’ll want to crank, “Cherry Lemon Bell,” there seems to be a or multiple favourite Pike tunes for every taste.

As highlighted on his albums, particularly Souvenirs, Pike enjoys collaborating with other musicians and he has a knack for recognizing talent.

“I love bringing in other people,” Pike says over the phone. “Instead of brining them in here and dictating to them what I want, I’ll just sort of show them the template of the song. Often I’m just sitting there having a beer and they’re just doing their thing. I’ll get them to do maybe five or six takes of them playing whatever they do and then I’ll sit with the engineer and I’ll edit it together, picking out their best sounds. It’s almost the Steely Dan approach. I’ve been reading about them in the years past. They would have all these players come in and they’d picked the players they wanted, they knew their skills…And Walter Becker and Donald Fagen would sit there, record it all and then they’d edit after and figure out what they wanted to use.”

Pike has been nominated for a CBC Rising Star Award and twice for MusicNL Awards; he’s won a regional Radio Star contest, a MusicNL grant and two Arts and Letters awards, including one for his acrylic painting “Wharf on my Pond.”

Winning the Arts and Letters for his song “Shadows”—a tune inspired by his father—was particularly special. That same year, his mom, Marjorie Pike, also won an award in the same senior composition category. It was for her gorgeous piece “The Rescue,” which Pike arranged to have recorded along with other compositions.

“Before my mom’s Alzheimer’s got bad, I managed to record her pieces with her playing them on her piano when she was still living home,” recalls Pike. “I probably got it done in the nick of time because as time went, she wasn’t able really to construct the pieces anymore. Then I went to an arranger, a good friend of mine Brian Way…He arranged the music and brought it over to Petro Canada Hall and recorded it with a quartet in behind it. When my mom won the award, there was a standing ovation, so that was kind of neat.” 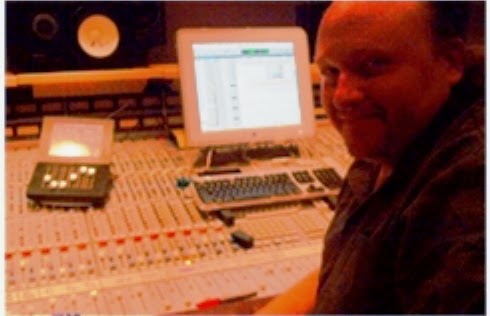 Arts East chatted with Pike in September, a month after he got out of hospital where he had brain surgery.

“I was born with a Chiari malformation, but I didn’t know until a few years ago what it was,” Pike shares. “Basically the cerebellum of my brain was slipping into my neck and was damaging my spine. I joke about it: they had to make space for my brain to keep it from crawling down!”

In the 90s, Pike lived in Vancouver. There he played and recorded, but also worked as a caregiver. Then he moved back home when his dad got sick to help take care of him.

“Now I’ve had care workers looking after me a little bit, so I’ve sort of had the tables turned,” he reveals. “But in a way it’s given me perspective and I’m coming around now. I’m doing good!”

As he recovers, Pike has been meeting with his vocal teacher and getting his singing voice back. He’s also concentrating on resuming his masterful guitar playing.

“It’s weird how your motor skills are different,” he says. “I can actually pick well but it’s the aggressive part of the strumming I find difficult right now.”

He is also striving to get back on stage. “I used to do full three-set shows, full on playing my own material,” he says. “I’ll have to do some open mics first. To pull off a full night would be difficult for me right now, but that’s my goal to do more full-night shows in the future again. I’m hoping! I’m hoping!”

“I feel like I’m sort of on my game again,” adds Pike. “So I’m working on a new album—it’s sort of a gathering, more positive…It’s a hard rock record actually, but it’s catchy I think.”

He’s aiming to release the album late spring, 2015. He recorded quite a bit of it before he got sick, but his goal is to be able to do more lead playing for the recording.

“What I’m trying to do is answer the last album [Forever Run],” he explains. “The last one was kind of sombre and bleak—that’s just where I was at the time. This one coming out reflects my headspace now. I’m done sooking! I’m more passionate now after getting out of hospital. That’s where my passion comes from—being able to continue to create after going through all this stuff. That’s what’s driving me now.”

You can purchase Pike’s Souvenirs at CD Baby and iTunes. His other albums are available at Fred’s Records in St. John’s.

Learn more about Pike at: http://music.cbc.ca/#!/artists/PIKE