The Monster of Twenty Mile Pond 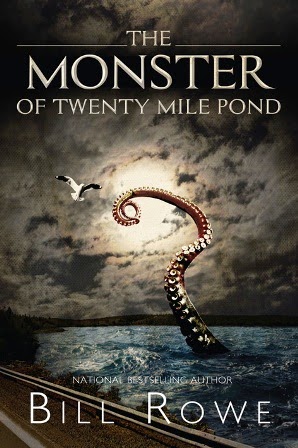 Is there really a monster at Twenty Mile Pond? Bill McGill, a lawyer living in St. John’s, NL, has been asking himself this same question for more than twenty years, since the day he saw—or thought he saw—something large and monstrous rise up out of the water and pluck a hapless seagull from the air. Author Bill Rowe sheds some light on the situation.

What inspired/motivated you to write this book?
After finishing my book on Joey Smallwood and Frank Moores (The Premiers Joey and Frank: Greed, Power and Lust), it seemed like a natural step to go on to write a book about a monster. Seriously, though…the old name for Windsor Lake, near St. John’s, is Twenty Mile Pond, which is said to refer to the distance around its shores.  I’ve driven by that wide expanse of water hundreds of times, and each time, depending on weather conditions – the sun, the gales, the lowering clouds, the mists,the surface agitation – it can looksparkling, benign,and pretty, or somber, murky, and sinister. One day at dusk, as my son and I drove by the lake when it was in its sinister mode, we agreed that it would not take much imagination to visualize a monster rearingup from its ominous waves. That night I began to write The Monster of Twenty Mile Pond.

What was the most rewarding part of the experience?
I like to alternate in my writing from year to year between a work of fiction and a work of non-fiction. After finishing my previous book – a non-fictional political memoir – it was exhilarating to let my thoughts soar once more in a narrative of wholly imaginative fiction.

What did you learn during the process?
That I enjoy writing fiction more than non-fiction. But I’m driven as well by some sense of history to preserve any of my experiences that involve interesting events and characters. I do like writing such non-fiction too…just not as much as fiction.

How did you feel when the book was completed?
At last! My Nobel Prize winning work...

What has the response been like so far from those that have read it?
Generally positive and gratifying, but as yet no clamour to award the Nobel Prize on the basis of it. 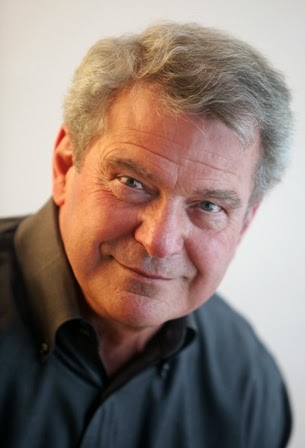 What makes a good book?
For me, conflict, tension, suspense, humour, and characters who engage the reader bythe way they choose to grapple with the absurdities of life.

What are your thoughts on Atlantic Canada's literary scene?
The decades of outmigration seem to have missed a lot of writers, because, judging by the bookshelves of local works in stores,nearly everyone left behind here appears to be involved in creative writing: the output, in quantity and quality, isphenomenal and wonderful.

What's next on your creative agenda?
My young granddaughters have been complaining that they’re not allowed to read my books because of adult content. One of them asked me, “What’s so adult-y about your old books, anyway? Why can’t you just write a book that’s not too weird for kids to readfor a change?” So it looks like I will have to oblige by writing that book about the dog we’ve been telling them about,who used to live at our house and thought he was the boss of thetwo catsthat lived there too. I’m hoping I can avoid having to stick a warning label of ‘graphic contentand mature subject matter’ on the cover of this one.