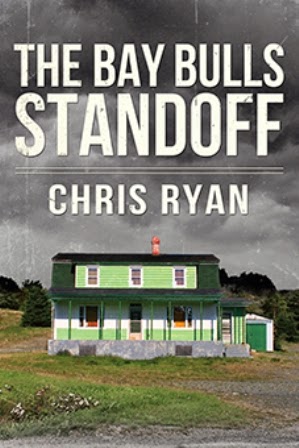 There is a folk legend living in Bay Bulls, on the Southern Shore of Newfoundland, by the name of Leo Crockwell. He ranks up there with legends like D. B. Cooper and Albert Johnson, the Mad Trapper of Rat River. The Bay Bulls Standoff is the story of how Leo Crockwell took on one of the most revered police forces in the world, the Royal Canadian Mounted Police, and walked away unscathed. Recently we spoke with the book’s author Chris Ryan.

Did it come together quickly or did you really need to work at it?
I wrote approximately seventy-five percent of the book in eleven mornings. I’ve always loved to write, and once I started it came much easier than I ever expected. I put it away for roughly five months, although I spent some of that time double checking what I had written, making sure the facts were straight.

What was the most challenging aspect of the process?
The most challenging aspect was trying to remember who said what in the vehicles we were in for eighteen to twenty hours a day for eight full days. My memoir of the standoff is dialogue driven, and I needed to pinpoint what actually came out of whose mouth twenty-two months earlier. I’m lucky I have a really good memory for that kind of thing, but it taxed my memory to the hilt. Also, the final editing process was pretty grueling, going over and over, and over and over, everything.

What did you learn during the process?
I learned that writing is very challenging and time consuming, but gratifying in the end. It is amazing that what you put on paper (well, on a computer screen, mostly) can turn into a published book.

How did you feel when the book was completed?
Mostly relieved. All the hard work was over and it was just a matter of waiting to see the final product.

What has the response been like so far from those that have read it?
The response has been phenomenal, especially from the main characters in the book and the rest of the residents of my home town of Bay Bulls, which is where the events in “The Bay Bulls Standoff” take place. The book brings back memories to the local people of that long cold week in December 2010. Readers are learning a lot about the standoff between the RCMP and Leo Crockwell that was never available to the media. A few people have said it’s great that the history of the standoff has now been documented. 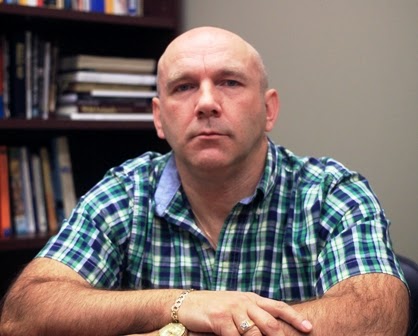 Is your creative process more 'inspirational' or 'perspirational'?
A bit of both, really. With non-fiction, of course, there is less room for the inspirational, but it does have its place.

What makes a good book?
I'm a big reader of non-fiction. For me, the book has to grab my attention in the first or second chapter. And then it has to keep it. Suspense is one thing I look for.

What's next on your creative agenda?
I’m about one third of the way into my second book. It’s a novel set in the 1980s about two young drug dealers in Cappahayden, which is on the southern shore of Newfoundland. Greed is a major theme.