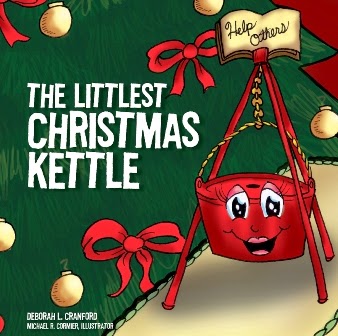 Readers of all ages will enjoy this delightful Christmas tale of Anna and her mission to find a purpose for Sallie, the littlest Christmas kettle. Bright and colorful illustrations will engage readers as they follow the story of a community coming together to find ways to raise money and bring joy to those less fortunate during the Christmas season. Recently we spoke with author Deborah Cranford about the book.

Inspiration/motivation - In 2008, I helped The Salvation Army in Myrtle Beach, SC, for the Christmas season, by ringing a bell at a kettle. There were several children who passed by, pointed at the kettle and asked their parents, “What’s THAT?” Many parents stopped to let me explain that the money is used to help families that might need more food and clothing than they can buy. But some parents did not stop.  It occurred to me that those children might never know how the money is used to help others. I thought that if children become familiar with the kettle, they will be more willing to be donors as adults. Children today learn very well and eagerly through computers and hand held electronics. I have none of those skills, so I decided I would go the old fashioned route and craft a story. In addition, the story of the first bell ringer at a kettle is an interesting one. She was a 16 year old cadet (student) at the Salvation Army School for Officers’ Training (seminary) in New York City.  Her kettle stand was in the Battery, near Wall Street, across from a Woolworth’s five and dime store. The principal of the school visited each of the stands in the city. He must have thought that more people should have been tossing coins in the kettle, because he told her to grab the attention of the pedestrians, even if she had to beat the kettle with a stick. Being too much of a lady for that tactic, she crossed the street and spent 10 cents to buy a bell with a wooden handle. Many of the other cadets followed suit, and  Salvation Army tradition was  born. The year was 1900, and the young lady’s name was Emma Amelia Kunkle - and Kunkle happens to be my maiden name.  We’ve not been able to make a family connection to her, yet, but we’re still working on it.

Did it come together quickly? - The thought that children need to know about the kettle was inspired by the news that the first bell ringer might be a relative. By the end of my shift that day, the main characters and a rough outline of the story took shape. That took place in early December, and by March, 2009, I gave the full manuscript to a representative of Thomas Nelson Publishing (now part of Harper Collins).

The most challenging aspect of this process came three years later when TNP was ready to print the book. Orders and illustrations were needed in 2 1/2 months, and I had just found an artist who could put on paper the drawings that were in my head. It seemed impossible to meet the printer’s deadline.

The most rewarding part of the experience was the manner in which everything came together to meet the deadline. Michael Cormier was able to complete his task in good time, and this was his first adventure in illustrating a children’s book.  Surprisingly, two people, my husband and my sister, were able to secure orders for 8,500 of the 10,000 books in just 10 days of telephone calls. That might appear to be a shallow, materialistic answer to a philosophical question. However, I was reminded again, through this entire process, that my responsibility in life is to do “the right thing” and rely on God to do those things that are beyond my control.  (Call this a re-learning or a blatant reenforcement of a Biblical principle)

My feeling at completing the story was a contented sense of accomplishment, knowing that the narrative was plain speaking and the story line made sense. Then there was a moment of questioning whether or not the story would be understood by children and meet my intended goal of educating them about the use of the kettle, as well as providing suggestions that could take fund raising in an additional direction to help need families.

The responses from readers have been positive. The story has been called charming and delightful, entertaining, as well as thought provoking. Life lessons of compassion, cooperation, working together for a higher purpose are among those that are easily evident.  Parents have recognized the idea that good parenting skills and crisis management can be accomplished without confrontation. Children have asked to hear the story every night of the Season. 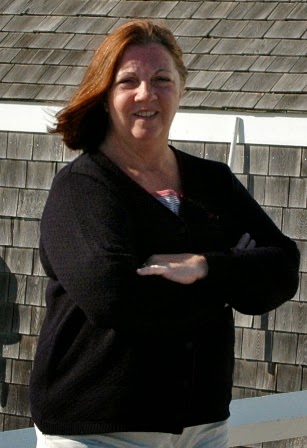 This time my creative process was more inspirational. I suppose the combination of the curiosity of the children passing the kettle and learning that the first bell ringer might be a relative all on the same day, served to put a story line together quickly. Once the idea for a “talking” kettle wouldn’t go away, it was apparent this had to be a children’s book. From the beginning, quite literally, the book took on a life of its own. The final draft was ready in less than 3 months. Since this is my first dance, I’m not certain what the time frame should have been. There was nothing that hindered the writing of the story.

In my opinion, a good book (fiction) should have at least some of these elements: a mystery to solve, a problem or crisis to overcome, healthy and/or dysfunctional relationships, a smattering of education relating to the theme of the story.  A great book catches the reader’s attention immediately, and later gives the reader a reason to continue reading the book. Non-fiction offerings should be well researched and filled with the truth of the subject.

I am new to the Atlantic Canada literary scene, but I have been intrigued by the prevalence of Newfoundland history. These authors show pride and a desire to let the reader understand and enjoy the rich heritage of the island and its people. My husband’s father was born in New Harbour, so our personal interest in Newfoundland is keen. The Cranford presence here began in the late 1700’s, and has been researched by several family members. The perspective of history from the viewpoint of native sons enhances our understanding of our own family’s history.

A story line is coming together for the next adventure of Anna and Sallie Kettle, and I have put off for too long writing what I remember of my mother’s bedtime stories to me. My children have asked that I include the tales I told them, so their children will have a written record from two generations of storytellers. My plan is to leave blank pages so their stories, in turn, will be added.