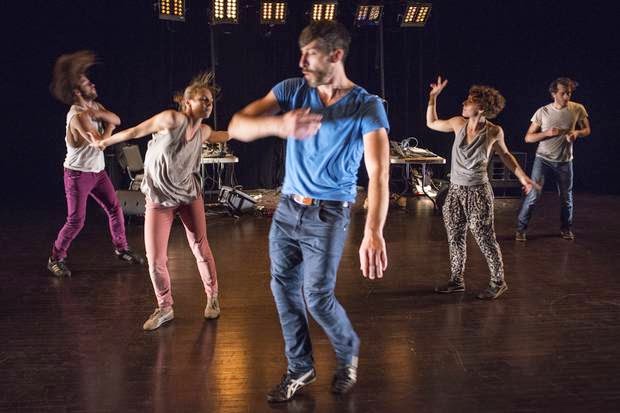 Equal parts dance concert and rock show, eight dancers and musicians hijack pop culture with furious abandon to reveal a generation caught in its own reflection as it navigates between animal instinct and the mind’s desire. Recently we spoke with choreographer Frédérick Gravel about this weekend’s performance in Halifax.

When and why did you first become interested in dance?
I always danced because my mother is a dance teacher. But I got interested when I saw contemporary dance for the first time. I was amazed to think that I could do that, that I could spend my time trying to find ways to move and to make a show with it.

Are they the same reasons that you continue to be involved today?
It was actually quite a naive way to think about doing dance, so yes, it evolved a lot. I'm now more interested in what's at stakes when you're making a performance work. What are the choices that you make, what does it reflexes on how you're a socially constructed individual, who makes choices but is still reproducing a lot of what is already existing and who is consciously or not struggling with a political situation, political cause power issues are everywhere: patriarchy, reign of the privileged ones, agism, sexism....

What are the challenges of the vocation?
The challenge is also to not lose your focus on what is relevant for you, and what is relevant for this era. Doing a lot of shows, and working in the contemporary art world for a while is dangerous, because it can make you good at doing this, like, being a contemporary artist... But it's not because you're getting good at it that it automatically makes your work to be relevant. It's a forever going on process.

What are the rewards?
I think the reward is to be surrounded by inspiring individuals, the artists I work with. They won't do it if it's not relevant for them, and this is really precious. I'm surrounded by talented artists who are also my close friends.

Is your creative process more 'inspirational' or 'perspirational'?
Maybe perspirational, in the sense that with the crew we create a climate, something we feel that is right, and we try to keep up with it. 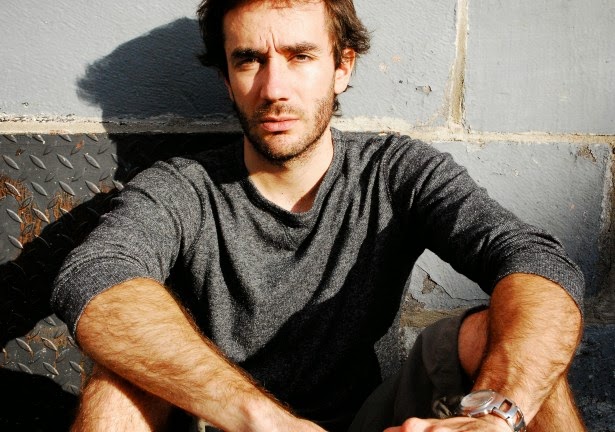 How has your work evolved over the years?
I'm less stupid. But I don't think I'm doing more intelligent work. I just see it faster when it doesn't work... I think I'm getting better in working with different art forms. Music is more integrated in the pieces I'm creating, and texts are also making their ways. You won't see it in Usually beauty fails, but I've created a show since that with a writer, we worked on integrating texts with movements.

What inspired Usually Beauty Fails?
My own questioning about how constructed is my vision of beauty. How political and marketing oriented it is.

What can audiences expect to experience?
A show that is quite alive, with a lot of improvisation, but we don't always know when it is improvised. This show is the most musical we did. So, there are a lot of songs. I'm trying to charm the audience but make them know what I'm trying to do, at the same time that I'm questioning beauty but still trying to create some. So, the audience can expect a failure in every of these ways, because we can't do it all. But the attempt is interesting, and maybe beautiful.

What has the response been like so far to the production?
This show is doing very well - it's the most successful production of the group yet. I think this is a show that is easy to get, but if you are a little geeky about dance, you'll see a lot of things that are behind the easy listening playlist.

What are your thoughts on the current state of dance?
This is a big one. I would like dance to not be protected or put aside as an art that is still struggling to exist on its own. Dance is rich and can be compared with any art form. So I would like it if we were mixing it with all the art forms, always, just forget about boundaries and find ways to mix things and learn about performance, theater, film, visual arts.

What can we be doing better?
Along with what I just wrote, I guess it also has to do with how well we sell dance. We have to convince other presenters to showcase dance.

What's next on your creative agenda?
I would like to record all the music we did. But I'm already creating a duet, and a solo, and a group work. We'll see what will arrive first. I wish I'll be doing other shows with music. I'm preparing a cabaret for the end of February, and there will be a live band, maybe two.