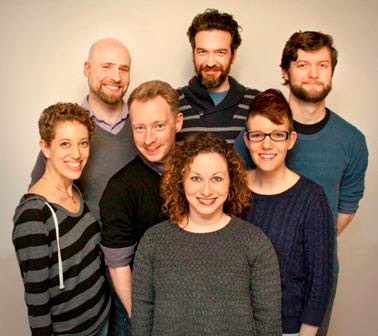 This week, Halifax’s Up The Hill Theatre Productions present a fascinatingly challenging - and hilariously ambitious - race-against-the-clock attempt to perform 30 plays in 60 minutes. Recently we spoke with Andrew Chandler of the ensemble about what audiences can expect.

What are your own roots?
I grew up in Waverley, studied percussion at Mt. Allison in New Brunswick, then studied musical theatre performance at Sheridan Institute in Oakville, Ontario.  I lived in Toronto for about 6 years before moving back to Halifax, where I’ve been making a living as an actor ever since.

How long have you been involved in theatre, and in what capacity?
I was pretty shy growing up, so was more of a music guy growing up, but while in university, playing in the pit band for the school musical, I found myself thinking the actors were having a lot more fun than I was.  I auditioned the following year, and got to sing a song in “Anything Goes”.  It’s been about 15 years since I’ve really started acting, and I’ve loved every minute of it.  Especially since I’ve come back home to Halifax, I, like everyone scratching out a living in the arts, have worn a number of different hats - performer, playwright, composer, producer, improviser, teacher.  It’s an exciting endeavour - every day is a new challenge!

What inspired this particular production?
Up The Hill Theatre Productions did a similarly-conceived show last year, based on the work of the Neo-Futurists of Chicago, a company that’s been doing shows like this for 20-some years.  Several of us in the company had encountered their work before and loved it, and were terrifically excited, (if a little scared!) about the prospect of trying to perform 30 different plays in only 60 minutes.  Our show last year was a huge success: we had a ball doing it, and the show sold out over and over again.  We decided to produce "30/60" this year to play with this form (the theatrical “race-against-the-clock”) again, but also push ourselves as artists - rather than using existing plays as we had before, we set ourselves the additional challenge of writing our own plays this year, which I’m happy to say was an wonderfully rewarding experience, and produced a set of plays that I feel is even more exciting than the plays we performed last year.

What are the challenges involved?
Because we’re racing against the clock, we’re rehearsing with a real eye for time, and making sure that every moment is vital to the play.  As we’re rehearsing, we’re constantly asking ourselves “Is this moment absolutely necessary?” "What’s the clearest way to tell this story?”  "How do we say a lot with a little?”, because in this framework, having only 60 minutes to perform, literally every second counts.

What are the rewards?
I’m really proud of the work that we’re creating.  It’s exciting, hilarious, and very personal to our team of artists.  This work is challenging us all to be bolder and braver as artists, to take risks, and to create art that means something to us.  And it’s a whole lot of fun!

What can audiences expect during the run?
People who attend 30/60 can expect an hour of exciting theatre where they are constantly surprised: where they’re laughing uproariously one minute, and deeply moved the next.  Expect to be on the edge of your seat, hoping breathlessly that we make it through all 30 before the timer buzzes.  Expect a night like nothing you’ve seen before in Halifax.  And if the show sells out that night, expect pizza! 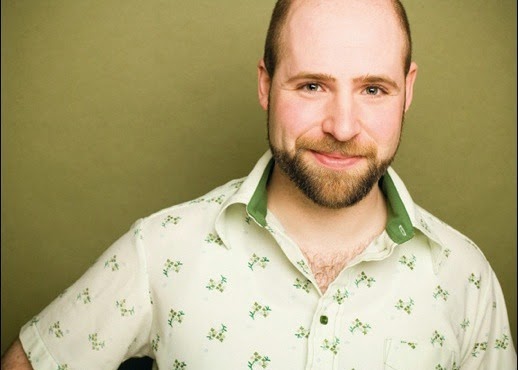 What are your thoughts on the state of theatre in Halifax, and Atlantic Canada?
For the size of Halifax, I’m always in awe at the sheer amount of work that’s being created and performed in the independent theatre scene.  It’s a truly staggering output, with a community of supportive artists who produce fascinating, challenging, moving work.  At the Bus Stop Theatre (on Gottingen Street, where our show is being performed), there are usually multiple productions in a month, from full-out two-act theatre productions, to improv shows, to comedy nights.  There’s a wealth of things to see in Halifax, which always feel like it’s just below the mainstream viewer’s typical eyeline.  Part of that is the challenge of independent theatre - getting the word out to the masses about what we’re doing.  The other part is challenging theatre-goers, culture mavens, and Netflix-junkies to seek out the smaller-scale productions, and discover the amazing things being created right here in Halifax, and know you don’t have to spend $60 a ticket at the Neptune to see a thrilling night of live theatre.   I hope that our show can help that.

What's next on your creative agenda?
Next up for me is more improv shows with Make ‘Em Ups Improv Co., using the rush of writing our own work for this project to continue writing a play I’ve been working on for about a year, looking for the next gig, and planning our next production of 30/60!