Until May 24, Neptune Theatre in Halifax presents the creepy, kooky, mysterious, spooky, weird and wonderful Addams Family! Join Gomez, Morticia, Uncle Fester, Grandma, Wednesday, Pugsley and, of course, Lurch for this hilarious hit musical comedy. Recently we spoke with actress Dayna Tietzen about her role as the delightfully devlish Morticia.

What are your own roots?
I grew up in Edmonton. I am very fortunate to have parents who allowed me to explore my creativity and dream big. My first passion was ballet, which I pursued avidly for most of my childhood. As a teenager, my interests shifted and I began to explore other forms of creative expression and found my way into singing and theatre classes. It was a natural evolution that found my way to Toronto to train in Musical Theatre. Since then I have been fortunate enough to work on stages all over North America.

When and why did you first become interested in theatre?
I was one of those kids constantly putting shows on in the basement. As early as I can remember, I loved music and dance, demanded a rapturous audience of my family and a dedicated scene partner of my sister. I was especially fascinated by the expression possible through dance. The heightened emotions involved with acting, singing, music and dance are thrilling to me — to perform and to experience as an audience member.

Are they the same reasons that you continue to be involved today?
I think my love of the arts still comes from the same place but I certainly understand it a great deal better now. I love all forms of expression and storytelling and how they can move us and bring us closer together as humans.  I believe that when you participate in live theatre you become a community. The audience - as much as the performers - has to decide to participate to create great theatre. Together we suspend our disbelief and for a few hours we get to go for a ride. I still find that feeling intoxicating.

How did you get involved with this production?
This will be my fifth show at Neptune Theatre, and my second working with Artistic Director George Pothitos. I was last here playing "Anita" in West Side Story. When I saw The Addams Family announced in the 2015 season last spring, I got very excited. I spoke to my agents and emailed George expressing my interest in the role. I was on tour in the United States at the time of auditions, so he was kind enough to let me put a few songs from the show on video for him to see. I am so thankful that he saw me in this role as much as I did.

What are the challenges of the role?
"Morticia Addams" is iconic. She has been played by many fantastic and varied women and as audience members we all have an idea of what we expect to see from her. For my inspiration I went back to the beginning, looked at Charles Addams’ original comics to get a feeling for the source material. Then I did a big scan of all the cartoons, tv shows, movies and stage performances to see all interpretations of ‘The Family’. But since beginning rehearsals, I have tried not to replicate anything, but rather to find my personal "Morticia". I think one of the best things about these characters, is that they may seem different, but we don’t have to go very far to see large parts of ourselves in them. 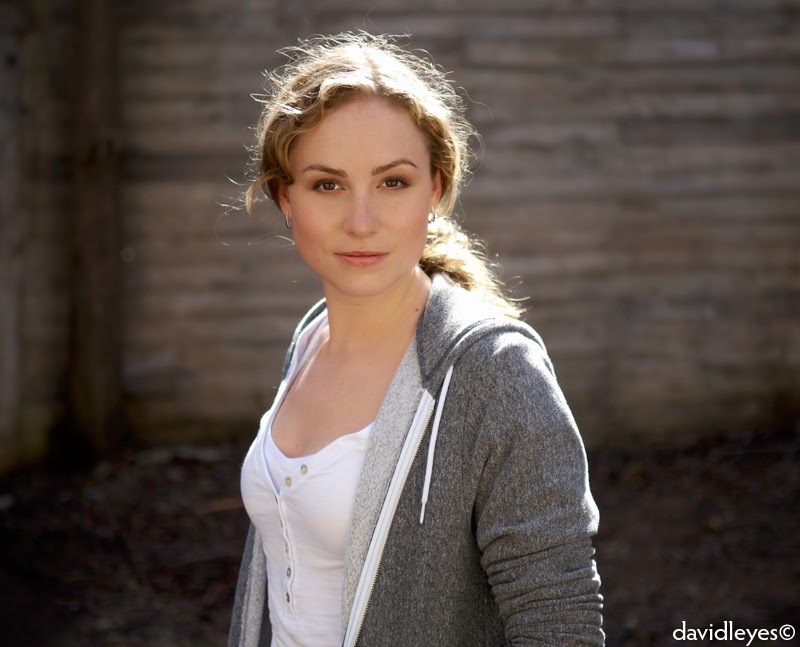 What are the rewards?
Well the selfish one is getting done up like Morticia Addams every night! The whole team has done an amazing job to makes all of us look and feel the part. But the even greater reward will be sharing this with the audience. This show is surprisingly heartfelt, and I love its message. Don’t get me wrong, it’s kooky and spooky, but there is also real love in this family. They are always themselves and never apologize for who they really are; something I think we can aspire to.

What can audiences expect to experience during the run?
The whole package! As we have been putting this show together I am constantly surprised and impressed by all the magic being created on the stage. There are great songs, catchy choruses, and Broadway style dance numbers, all with a little "Addams Family" twist. The set, the costumes, the lights, the special effects have all come together to transport the audience to another world for a few hours. Along with an impeccably-cast and talented group of actors, and a live band we have a show full of surprises.

What are your thoughts on the current state of theatre in Atlantic Canada?
I think it is so exciting that Atlantic Canada has a vibrant community of creators producing their own works, as well as established theatres like Neptune. I think that both are so important and ideally can help each other by creating an active and growing audience of theatre goers.

What can we be doing better?
I think the big question everywhere, is how do we keep theatre relevant? In North America it isn’t always easy to get people into the theatre. There are lots of flashing lights and big flat screens competing for our attention these days. So the challenge is to keep evolving. I strongly believe that the experience of seeing a show is nothing like that of attending a movie. So as artists, creators and producers we have to keep working to remind people of that, and when we do have an audience, give them a night so unforgettable that they will keep coming back.

What's next on your creative agenda?
My next project will actually also be on the Neptune Stage. I’ll be starring in BROADWAY on Argyle St, which runs August 12 - 23. I’m pretty excited about this show. I've been given an opportunity to sing the best songs of many of my dream roles all in one evening. Not to mention I get to come back to Halifax during a month where I am pretty sure there won’t be any more snow!