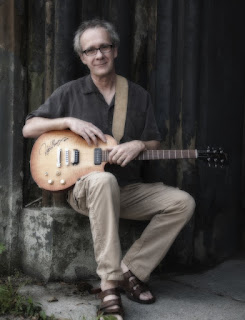 New Brunswick-based musician Curtis Basque might be Atlantic Canada’s best-kept musical secret. In this exclusive interview, the singer-songwriter opens up about his creative process and his self-titled debut recording.

When and why did you start playing music?
The first time I held a guitar I was probably 5 or 6 years old.  I fell in love with playing music instantly. I used to stand on a plastic bucket and perform for my mom.

Are they the same reasons you do it today?
Yes and no. Today I am a producer and composer - I am more interested in the creative process than the entertainment side of it.

How have you evolved as a performer over that time?
My confidence is more grounded now. It also depends on who you surround yourself with as musicians. Trust is a big issue and connecting with brilliant musicians will only make you better.

What have been some career highlights?
Opening for the band from Montreal, Voivod, in the 1990's was probably a highlight in terms of performing. In 1991, the band I was in while I lived in Halifax was on the same bill as Mitsou, Crash Test Dummies and The Beach Boys. We got to play the Halifax Metro Centre with several other bands. More recently I was interviewed by CBC because I had been granted permission by Josephine Chaplin to use an excerpt from Charlie Chaplin's 1939 movie "The Great Dictator".

How would you describe your sound and style today?
My self titled debut album would probably be described eclectic with a mixture of classical, Middle Eastern, and progressive stylings. 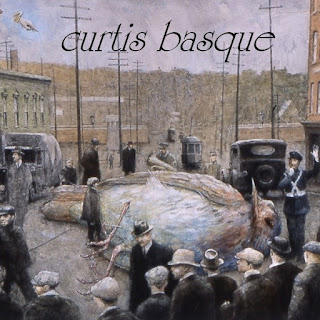 What inspired the opening song Requiem?
The American Invasion of Iraq - and the fact that my father served in World War II.

What kinds of themes did you explore on the album?
The album is first and foremost an anti-war album mixed with political rhetoric and lost love.

What were the challenges involved with recording?
The assembling of the right musicians for the project. At times I felt like I was climbing up Mount Everest with a piano on my back. In the very end things turned out the way they were supposed to.

What were the rewards?
I am proud of the music on this album because it's important and relevant in a world today where music is pumped out as quickly as it is disposed of.

What has the response been like so far?
Oddly enough the response in my hometown was almost non-existent. Yet on my website I managed to connect with fans from all around the world and the album getting radio play in France. It's been quite positive. I received one review where the reviewer stated "anyone looking to support independent Progressive Music that avoids walking on clichéd paths will find much to enjoy here."

Is your creative process more 'inspirational' or 'perspirational'?
It's a combination of both really. Just when I wanted to be the guitarist that wasn't possible.  I had to wear many different hats including producer, recording engineer, mixing and mastering.

What makes a good song?
There are a few important elements - the tempo of the song, the melody of the instruments, the harmony, great hooks and important meaningful lyrics.

What do you have on tap for the rest of 2015?
Over the past 2 years I have written enough material to complete 2 albums - most of the instruments will be played by myself, except the drums by John Morrison, and we are collaborating together on the music. John has been an incredible asset to the music. On some of the material I decided to start singing again along with my girlfriend Giselle Hannah on vocals who encouraged me to explore the possibilities of my own voice which I sometimes felt was not up to par with other singers I have worked with. Also, I am planning a video shoot on a song I wrote about my home town called Days Gone By. So there is definitely a lot of diverse music pouring and continued growth as a musician.