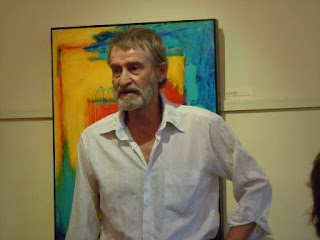 Even with 13 novels to his name, New Brunswick author Raymond Fraser is content to keep creating. Recently AE spoke with the renowned Bard of the Miramichi.

What are your own roots?
Scottish-Irish as far back as I know, with the exception of a Dickens thrown in (whether a descendant of the well-known Charles is not entirely clear; my Dickens relatives claim it's so). My father's parents were a Fraser and a Buckley, my mother's a Graham (father) and a McCarthy (mother). The first ancestor of mine to settle in Canada was Donald Fraser, a schoolmaster who came over from Scotland around 1800. He received a grant of land in Bay du Vin, New Brunswick, and his descendants took up farming and working in the woods as lumbermen. My father did the same until the 1920s when he moved up the Miramichi River to the town of Chatham (now part of Miramichi City), where I was born and grew up.

Why are those roots important to you?
People like to know where their ancestors came from, and I'm no different. The first country I visited when I made my first trip to Europe in 1967 was Scotland, the second Ireland. Most people in the town I grew up in were and still are of Irish and Scottish descent, which had to have a cultural affect on me, no doubt a very strong one. In the 1960s, when I was writing a lot of poetry, a friend of mine tagged me with the nickname "The Bard", which some people in Chatham still call me. I mention it because you could say I'm in the tradition of the old Celtic bards, composing and relating tales of remarkable deeds and noteworthy characters from my homeland.

What inspired you to become a writer?
It's my opinion I was born to be a writer, like musicians are who take naturally to music, and graphic artists to art. I was a big reader from an early age and always had a sense that writing was what I'd get around to doing in my lifetime; it was just a question of when. I thought I'd like to do more interesting things first, like be a professional athlete or soldier-of-fortune or private detective, and when I had my fill of excitement and adventure retire and write about it all. But by the age of sixteen I'd read enough to realize writers can have interesting lives too, and I should really do what I was best at if I wanted to get ahead in the world. Looking at my early writings today I can see I had "a way with words", as the saying goes. Several of my teachers noticed this as well, and suggested I consider becoming a man of letters. One said I should but never would, because I was too lazy, but it appears he was wrong. Lazy or not, I've still managed to get things done.

Are they the same reasons you do it today?
Pretty much. I write because I feel it's what I'm meant to do. If money was my motive I'd have stuck with tabloid journalism, which I did for five years in the sixties. I did the work easily and could make all the money I wanted, but I quit it so I could write what I felt I should be writing, even though it paid hardly anything. I think I'm like a professional athlete: if you took away the big money he makes, in almost all cases he'd still play hockey or baseball even if it was for nothing  because that's what he's best at, and what feels right when he does it.

What are the challenges of the profession?
I've never looked on the difficulties, drawbacks, disappointments, rejections, and so on as "challenges", I've just put up with them and carried on. It's a curious thing that when I begin working on a book I forget discouraging realities and become wholly optimistic. It's as if I'm just starting out, full of innocence and faith. Without that wonderful illusion it would be hard to keep going at times.

What are the rewards?
Satisfaction at getting the work done. And knowing that I'm not wasting my time, that there are people who read and genuinely enjoy what I do. That I'm providing something of worth to others.

How have you grown as a writer over time?
I can't really say, it's not something I've given any thought to. I believe I've written each book as it should have been written at the time I wrote it  that the style suited my interest at the time. I know I'd hate to have the writing of them still ahead of me. It tires me just thinking about it.

Is your creative process more 'inspirational' or 'perspirational'?
It's both. Bob Dylan said, "I don't write, I write down", and there's that part of it. But what comes from who knows what spiritual dimension is usually, in my case anyway, in rough form and in need of considerable refining. I try to do writing that will hold up over time, and which is solid enough to be read with benefit more than once. Not that there's any reason for anyone to read my books more than once, but there are those who do that, and it's gratifying to hear they still like them.

What makes a good book?
First of all, it can't be boring. Departments of Education and the professorial caste might prefer that kind, but as Alden Nowlan said, "The first rule of writing is that thou shalt not bore the arse off thy reader." A book should be good company, and make you feel glad you read it, and better for it, and want to read more by the same author. Now, there is no way to prove one book is better than another, it's not a measurable thing. What's good to one reader won't necessarily be good to another, and what's good at an early age might not seem so good at a later. The only sure measuring stick is my opinion (and that doesn't always remain constant either). What motivated you to write Seasons of Discontent?
Someone else asked me that, and this is what I said. When I was at college myself and later working as a teacher (for one year) I kept a journal off and on, and as I looked through it one day I saw it would make a great basis for a novel. That was the starting point, and from there I went on to spend two years writing the book.

What did you learn during the process?
I learned I can write every day or almost every day for long stretches and not wear out, at least not till the end. That wasn't always the case.

How did you feel when the book was completed?
I used to feel finishing a book was a cause for celebration, and I did celebrate. But I don't drink now and my expectations are much less and I've usually driven myself hard to reach the end and what I in fact feel is exhausted and somewhat discombobulated. There's a kind of unpleasant withdrawal to go through, getting back to reality. I'm glad to have the book written, of course, but I know by now that I'll likely be at it again after a while re-doing parts. Being finished is not necessarily being finished. And I miss the sense of well-being that comes from working at it every day.

What are your thoughts on the state of literature today?
I'd say we're in a dark ages period, where novels are evaluated by their "political correctness" or propaganda value. Do they portray a "strong woman" that sort of thing. Whether a book has any real literary value doesn't seem to matter. To paraphrase a favourite quote from Sherlock Holmes, "it takes talent to recognize genius, but mediocrity knows nothing higher than itself", and among publishers, critics, and academics, there doesn't seem to be much in the way of talent. It could be because mass education is giving people paper credentials to do jobs they have no real aptitude for. It just makes it tough to be a literary genius these days, you can take it from me.

What's next on your creative agenda?
I have the first draft of a novel finished, but before I get back at it I'd like to do another collection of shorter pieces, some of them fiction, some non-fiction. I have a few written now and rough notes for quite a few more. We'll see how it goes.