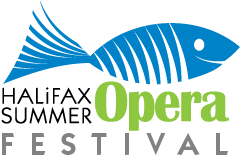 What has over 50 singers, 15 performances, 6 shows, 5 venues and starts this week? It’s the Halifax Summer Opera Festival! Recently AE spoke with founder and artistic director Nina Scott-Stoddart about hitting all the high notes.

What are your own roots?
I’m a Canadian, born in Calgary and raised in Southern Ontario. I have a degree in Fine Arts specializing in Music from York University and I’ve run opera companies in Toronto, Lunenburg and Halifax.

How long have you been involved in opera, and in what capacity?
My first voice teacher gave me my first opera aria when I was 19 — it was the Lullaby from Menotti’s The Consul. It took me three weeks before I could sing it without crying — it’s a very affecting piece.  Then she took me to see my first opera: it was the COC’s production of Wagner’s “comedy”, Die Meistersinger von Nürnburg. Over four solid hours of German opera. I loved every moment of it — it was a real revelation to me. I had always enjoyed live theatre, but opera seemed a kind of heightened consciousness. There were layers and layers of emotional stuff going on, not only in the vocal parts but really in the orchestra. Everything the characters were feeling was right there in the accompaniment. That experience changed my life. I went on to do a music degree at York University in Toronto, where I did a lot of choral music, art songs and new works, but very little opera. When I graduated, I immediately started working professionally with companies like Opera Atelier and I learned as I went. I also attended Summer Opera Lyric Theatre in Toronto — it was one of the early opera workshops and I learned SO much with them. Then I started my own company, Opera Anonymous, and we had 8 seasons of doing just 20th century opera in English:  Britten, Menotti, Stravinsky, Floyd, Vaughan Williams. In 2002 my husband and I moved to Lunenburg and I started Maritime Concert Opera in 2003 and then Halifax Summer Opera Festival in 2005.

Are they the same reasons you stay involved?
Oh, yes!  I still get the biggest charge from this art form — at its very best, opera tells human stories in a very passionate, connected way, as well as any Western art form does. A good opera contains deep truth about the challenges of being human and in relationship with other humans. What’s really happened in my life and career is that I am now more passionate about helping young performers discover their inner artists.

What inspired the festival?
Collaborative pianist Tara Scott and I had worked together from the founding of Maritime Concert Opera in 2003. We knew that there was no multi week opera workshop east of Toronto, which meant that Maritime singers had to travel to do a summer workshop.  We knew Halifax was a destination that would be attractive to singers from all over, and we knew that more opera in Halifax was a good thing in and of itself. That was the germ of an idea, and here we are, about to launch our 11th season!

What are the challenges involved?
It was a really small workshop when we started in 2005 - just three weeks, nine participants, three staff members and just one opera! Thinking back to that time now it seems so easy, so innocent, even. We expanded the workshop to two shows in 2007 and three in 2012. The scaling up of the Festival creates huge logistical complications for a small organization, which will be familiar to anyone working in the non profit sector. This year we have almost 60 participants, including children and two dozen faculty/crew members. We have a dedicated, hands on board of directors but I’m the only full time staff member. I have great assistance from Chris Pelrine, our Administrator and once the Festival starts up we have a Festival Manager, Fleurette Benoit, who was our very first stage manager on Cosi fan tutte.  The heavy work for the next season starts basically the day after at the current season ends, and much of the planning for the new season happens during the planning for the current season.  It’s truly a year round feat making this happen.

What are the rewards?
Every single second we spend with the participants and audience members. I love rehearsals — rehearsals are the time when people are discovering their characters, discovering and deepening their character’s relationship to the other characters in the opera.  I also love doing the auditions and casting — it’s one of my favourite things to listen and receive a young artist at the ten minutes we allot for auditions and really try to see them. See their potential and passion for this life.  I also love talking to audience members, knowing that in every audience there’s going to be someone seeing his or her first opera.  That’s a real responsibility. 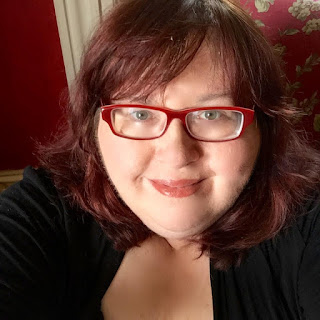 What can audiences expect during the festival run?
This is a once a year opportunity to binge on opera and musical theatre in Halifax. It’s a great way to explore an art form you may not know much about at a very reasonable ticket price. We have special student and artist pricing for tickets and children are especially welcome at the musical theatre night and at Cendrillon, our fairy tale opera. Our children’s ticket price is just $5.

What's next on your creative agenda?
Maritime Concert Opera commissioned a new opera from composer Elizabeth Raum and librettist Rex Deverell called Time of Trouble.  It’s about the Sisters of Charity and their struggle founding Mount St Vincent here in Halifax, and it’s a story of women’s empowerment and the real historical story of the beginnings of an important institution for women’s education. We’re giving it its premiere in October in Halifax and Lunenburg and I get to sing the role of Mother Elizabeth. There’s a great tradition of nuns in operas, and I’m so excited to help make this new piece come to life. There are few things more exciting that working on a new piece with the composer and librettist — it’s a huge responsibility because you want to do a good job and it also reminds me that opera is alive.