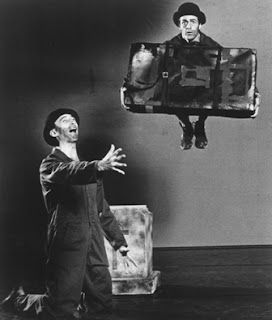 Following record-breaking attendance for the inaugural FODAR 2014, Festival of Dance Annapolis Royal 2015 has expanded and features a contemporary dance program that you won’t see anywhere east of Montreal. FODAR runs from August 20 through 23 at King’s Theatre Annapolis Royal. Recently we spoke with the festival’s Artistic Director Randy Glynn.

When and why did you get involved with the Festival?
I started the Festival of Dance Annapolis Royal (FODAR) along with Grace Butland, former chair of the Annapolis Region Community Arts Council in the fall of 2013. We had just come off the huge audience success of Dancing in the Third Act (DITTA) and that made us think we could do it. In a town of about 450 people we had almost 600 attend the first three shows of that piece. It was more than had ever attended dancethere and we felt that we had an opportunity to bring this large audience to professional contemporary dance. Last year was our first festival – this is our second. Grace is still involved serving as the chair of the FODAR board.

What are your current roles and responsibilities there?
I am the Artistic Director and main administrator. To some it may sound glamorous but we are small and I do most everything. Perhaps a better description would be “chief bottle washer”. In general I have responsibility for all aspects except publicity and media relations. For that we have the very professional Sheila Duggan, a woman with years of experience in dance publicity. I decide on and book the pieces to be presented which sometimes includes facilitating remounts of older work. I negotiate the fees, arrange accommodation, organise most of the travel, help coordinate the techand do the fundraising.Like most other artists I also do a lot of grant writing.

Why is it an important event for the community?
This is the only professional dance festival in Nova Scotia, period, and as such it is important not only to the Annapolis Royal Community but to the province and the Nova Scotian dance community as well. Annapolis is an arts focussed community and to be able to add a professional dance element to its fabric is exciting. DITTA sparked a big interest in dance here and we are trying to grow that interest.

Who traditionally attends the Festival?
Last year was the first year of the festival so the word “traditionally” may a bit out of place. We know most who attended the shows last year were local – from Annapolis and the surrounding area but we also know that perhaps 10% were from farther afield – Wolfville, Halifax and the South Shore. The audience demographic is older, like the demographic of the Annapolis area in general.

What can they expect this year?
Thrilling, powerful professional dance of the highest order. We are pleased to have facilitated the remount of a pair of Canadian dance classics Danny Grossman’s “Higher” and my own “After Godot”. “Higher”, Danny Grossman’s signaturework, is a magical acrobatic duet for a man and a woman on a ladder and two chairs all set to Ray Charles music. It has toured the world. “After Godot” is a poignant rendering of Samuel Beckett’s landmark play “Waiting for Godot”. Alongside them we are presenting James Kudelka’s amazing The Man in Black a current piece set to cover songs sung by Johnny Cash and Anthem for the Living choreographed by Sharon Moore and danced by the phenomenal NY dancer Belinda McGuire. Also back by popular demand will be “Dancing in the Third Act” as well as a short new solo for Ben Kroker – a self taught teenage breakdance artist from Wolfville.

How has the event evolved since it started?
It started with a blend of high calibre community dances and professional dance. As it moves forward we are lessening the community dance component and increasing the professional component. We hope always to have an Atlantic Canadian dance presence on the stage and to continue blending contemporary classics along with current work.

Will you remain involved with the Festival in the years ahead?
Yes

What inspired Dancing in the Third Act?
In 2012 I was asked to choreograph a flash mob for the Natal Day Farmer’s Market in Annapolis Royal. Flash mobs aren’t really my area of expertise and it probably wasn’t particularly good – though it did turn a lot of heads. Participation was on a volunteer basis and most of the people who came out were seniors. We rehearsed in a parking lot and the group spent most of their time laughing and trying to remember some simple steps. Somewhere along the way I realised two things: one was that these guys were not great dancers and two was that in spite of that what they did and how they moved was remarkable. I thought if I could get them in a theatre where I do have some craft and could control the elements I could make something special on them. And so Dancing in the Third Act came to be. 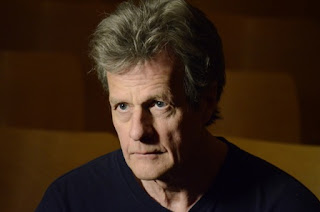 Is your creative process more 'inspirational' or 'perspirational'?
I think of choreographing as a good blue collar arts job. It doesn’t usually pay that well and it involves sweat, thought, a sense of craft and some inspiration. Creating group pieces is also social and I enjoy that. The 12 seniors on whom I created DITTAwere, and continue to be, my friends and the process of making the dance was a joy from right from the start. It was also a joy to take the piece on the road with them last fall and continues to be a pleasure to rehearse together as we prepare for the festival. I don’t pretend to be anything other than someone who likes to make dances. I like to think of artists as citizens not elitists. We are part of the fabric of healthy society.Sometimes the dances work sometimes they don’t. Dancing in the Third Act worked and I am proud to have made it and proud of the 12 dancers that perform it. We think of it as 12 dancers – 800 years of experience. .

How does it feel to be a Masterworks finalist?
It feels good. This is the first time dance has ever been nominated in the 10 year history of the award so I also feel it is good for dance in NS. Why dance was never nominated before is a good question and one that I really can’t answer.

What are your thoughts on the current state of dance in Atlantic Canada?
My first thought is that I really don’t know it too thoroughly. I spend 6 months in the Annapolis Royal area and the other 6 in Toronto so don’t really spend time in the “scene” here. Contemporary dance is mostly an urban phenomenon and I know Halifax has some truly stellar dancers who are also making strong work. Most of my recent association with dance in Atlantic Canada has been with Mocean Dance who also came to last year’s festival. I can’t say enough good about them. My sense of most contemporary dancers these days is that they would like more audience and a more secure income.

What can we be doing better
I would love to live a world where live performance was highly valued by a majority of people but that doesn’t seem to be the case. Perhaps it will change.