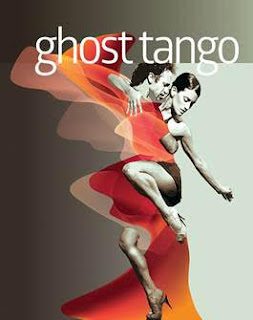 Opening this Wednesday, Halifax’s Vocalypse and Montreal’s Bradyworks present the world premiere of Ghost Tango, a riveting new chamber opera that tells the poignant story of a Canadian woman trapped in Argentina’s Dirty War. Recently we spoke with Canadian Super-Diva Janice Jackson about what audiences

What inspired you to put together this production?
I was inspired to put together this production of Ghost Tango, through my work with Tim Brady, a virtuoso guitar play and composer from Montreal. I had worked with Tim on two pieces for soprano and large ensemble and because the work was so successful we decided that we wanted to produce and present an opera together. Tim then asked a librettist, Douglas Burnet Smith, whom he had worked with on previous productions, to write a libretto with a small cast of characters. Douglas has been interested in Argentinian history and culture for many years and decided to write a libretto, entitled Ghost Tango, about a woman who is kidnapped and tortured during the dirty war in Argentina and what would happen if she unexpectedly met him 20 years later. Ghost Tango, as happens with many projects which I am involved in, came into being in a natural, organic way.

What are the challenges involved?
Like all operas, the challenges are to put all the pieces together in such a way, that the process of taking the work from page to stage is as painless as possible. The role of the woman, which I sing / act, is a challenge because the opera takes place both back in the torture chamber and 20 years later from the perspective of a woman who lost everything. There are many emotional layers to mine.

What are the rewards?
For me, the rewards are: working with a fabulous team of artists who are really making Ghost Tango magic and also giving voice to the many victims of torture. It is great responsibility which I do not take lightly.

What can audiences expect to experience?
Audiences can expect to see a riveting 1 hour opera with 2 singers and electric guitar which is powerful, poignant, and moving. They will hear great singing and a palate of intriguing sounds coming from the electric guitar. Tim really makes the guitar sound like an orchestra! I expect that there will be many questions at the end of the work.  How does a person process victimization or torture in the years following? What becomes of a life? 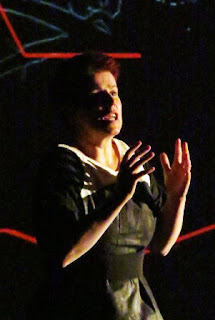 What's next on your musical agenda?
We take Ghost Tango to Ontario in October, and then I sing in several events in Halifax, including a tribute to Canadian new music hosted by the CMC. I also premiere a new large scale work for soprano and ensemble by composer Jerome Blais entitled Le Tombeau de Barbeau in Upstream’s Open Waters Festival on January 10th, 2015. After that I direct a musical, believe it or not!