Once You’ve Found It 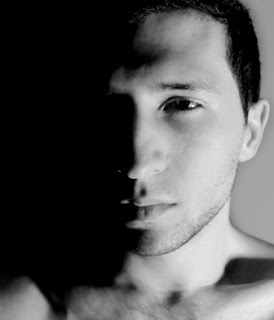 Debuting tonight at the Atlantic Fringe Festival in Halifax, Once You’ve Found it is the story of one man’s decision to be either thrown into the depths or continue life without knowing what could’ve been. Recently we spoke with writer Donovan Jackson about what audiences can expect.

What are your own roots?
In general, my roots originally come from Winnipeg where I was born and raised. I've lived in Halifax for a little bit and eventually replanted myself in Toronto to continue growing.

How long have you been involved in theatre, and in what capacity?
For almost ten years now. It started in high school (grade 10) when I was literally taken by the wrist and pulled into the school's general audition for the production that year. Since then it has mostly been on the stage until university where I dabbled in design, stage management and production.

What inspired this particular production?
I was in between projects. While I was looking for the next one, I was considering what I was really looking for in theatre and what kind of theatre I wanted to create and explore. A flashback reminded me of probably one of the best pieces of advice I've ever received which was from one of my high school drama teachers "the best work you'll ever do is your own". After that, the inspiration for the show from within myself and from my personal struggles - though this is not based on real life.

What are the challenges involved?
Knowing where to begin. I didn't have a story in mind, so setting limitations on myself to narrow down the endless possibilities was huge. After lots of writing, physical exploration, help from peers and a lot of time, I was able to narrow down a story and speed the process along. Another large challenge is the one we all face...funding. Thankfully my director was able to organize a fundraiser that was quite successful and thankfully we have generous friends and family.

What are the rewards?
It's cheesy, but in truth...it's the life experience and fulfillment. Being able to create something completely new from myself and with the help of friends, and have it presented and shared with a community is making the dream a reality.

What can audiences expect during the run?
I really don't want to set expectations for audiences as everyone will perceive it in their own way. However, I can say that some common responses from previous runs have been that it's "relatable" and "a genuine and honest portrayal of isolation and the struggle to connect with others".

What are your thoughts on the state of theatre in Canada?
What a big question. I do believe it ranges from city to city and community to community. But generally speaking, and in my opinion, the people that like and enjoy theatre are actively doing so. One of the many struggles is creating and expanding engagement theatre and other communities. I think there is a misconception that theatre isn't accessible or only for "artsy" people and there isn't a realization that it's actually meant to bring people together and share thoughts and ideas. I would say that is one little fragment of a much larger conversation that I will admit I'm not 100% qualified to cover all the bases. In short, there are areas of opportunity for growth and development. Unfortunately that process can take a while if there isn't more time and money devoted to it for many reasons. I think I went a few different directions with that response, sorry about that.

What's next on your creative agenda?
I am already in the "brainstorming phase" of the next project I would like to create and looking to go from solo to duo.