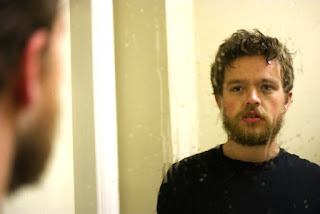 What are your own roots?
I was born in Calgary, AB. When I was 13, I moved to Aberdeen, Scotland and lived there until I graduated from high school. I would say both Scotland and Canada fortify my roots. Moreover, I would say I've always been a storyteller. Ever since I was six, I've loved writing folk tales, and making up movies and acting them out by myself in my backyard. Storytelling is in my bones.

How long have you been involved in theatre, and in what capacity?
I first got involved in acting at summer camps when I was 7, and in productions when I was 12. I recently graduated with a BAH in Drama from Queens. There I became impassioned about theatre and the emotional consequences of incredible theatre. I was grateful to be involved in many different productions and have the opportunity to experiment with directing and sound design as well. Queens Drama is a very passionate arts community and I will always be grateful to know that environment   helped me become the artist I am today.

What inspired this particular production?
Water Choke was inspired by my personal experiences and a passion to eradicate and change toxic masculinity and get conversations started on suicide and male sexual abuse. When I was younger I was sexually abused, and when I was 14 and 21 I attempted to kill myself. All of my inner pain and conflict came from myself identification with masculinity, and a constant disconnect from societal masculinity. The callous, cold, "strong" persona that has been forced upon boys to be masculine has resulted in suicide and self hatred and no safe places for many boys to feel human. I believe we need to explore masculinity, and create safer definitions that represent the broad nature of masculinity for boys that don't fit the aggressive nature of man. When you look at the terrifyingly large amount of men killing themselves, I think it is evident we need to make changes in the way gender is viewed and performed. If it is in the nature of man to hide from emotional vulnerability, and deny emotional display, till it bottles up into such aggression that suicide is the only conceivable option, it is obvious that change needs to happen. Water Choke will hopefully provoke that change.

What are the challenges involved?
The biggest challenge was not being self indulgent. My dramaturg and director, Ray Jacildo, and I worked very hard to get rid of any self indulgence. Or if there is anything self indulgent, at least be self deprecating about it. A fear in creating autobiographical theatre is that it could become emotionally manipulative, and self validating, which would turn off some audience members. Especially with Water Choke's subject material, that was dangerous territory. I believe we were able to make it not self indulgent. Another challenge was to not romanticize suicide. I am quite a vicious writer, and I don't like to hold back in my descriptions of experiences. However, in my anger towards most of the media communicating that individuals who were suicidal were weak and disturbed, I wrote stories of the strength behind suicidal individuals. In that, I may have romanticized suicide. My friends were able to help me with realizing that, and I tried to offer other perspectives and change stories around to create empathy and not romanticization.

What are the rewards?
The process of creating and performing Water Choke has been very therapeutic for me and great reward. After every performance, I feel more like a survivor of sexual abuse and suicide. Additionally, if this show can help anyone else restory  and redefine their experiences and find hope then that will be a wonderful reward! I hope that every survivor can strive towards post traumatic growth.

What can audiences expect during the run?
I hope that if anything, Water Choke will provoke catharsis, and conversations. Let's start the mental health dialogue. Let's start focusing on post traumatic growth. And mostly, let's redefine masculinity to be more accepting and safer. Water Choke will make you think and feel. Water Choke drowns, but also breathes. It will be an emotional journey.

What's next on your creative agenda?
I've made a short film about male sexual abuse, Process, that I'm submitting to numerous film festivals so I'm excited to see where that takes me. Additionally, I'm excited to see what happens next with Water Choke. I'm interested in trying to develop versions of it to tour to universities and high schools to start the mental health and masculinity conversations. Finally, this next year I'm going to be doing a lot more writing and might try writing another show. And in the future, I want to go into drama therapy, and help people create their own "Water Chokes", using theatre to find hope, post traumatic growth, and using story to redefine personal trauma.